Wanda M. Hemann passed away on Friday, July 28, 2017, at Our House Senior Living and Memory Care in Austin. She was 91. Private family funeral services will take place. Bonnerup Funeral Service is assisting the family.

Wanda Medelia (Attig) Hemann was born Aug. 6, 1925, in Freeborn County to Adam and Olga (Heraldson) Attig. She grew up outside of Albert Lea on the family farm and attended Albert Lea schools. On March 9, 1946, she was united in marriage to Hendrick Monson. To this union, five children were born. Hendrick passed away in 1966. Wanda married Alfred Hemann in 1968, and the couple later divorced. 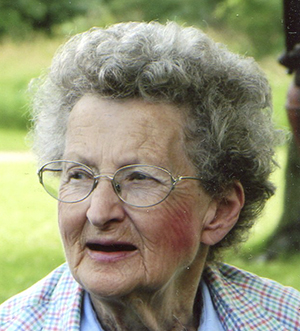 Wanda began work at Land O’ Lakes in Albert Lea and worked there for a number of years. When she moved to Austin, she worked at St. Mark’s Nursing Home as nurse’s aide for over 20 years. She was a member of Central Freeborn Lutheran Church in rural Albert Lea and later St. Olaf Lutheran Church in Austin. She was active in the Veterans of Foreign Wars Auxiliary and was also a part of the Lady Bugs – a local dance organization. Wanda enjoyed reading, walking, fishing, camping, music and dancing. She liked playing card games with her friends and family. Wanda loved spending time with her family — especially her grandchildren.