1 injured after SUV crosses over centerline 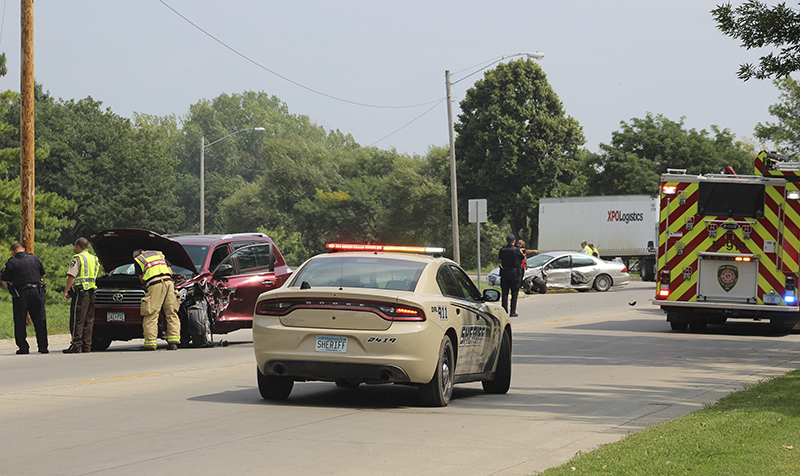 First responders work at the scene of a crash Friday afternoon on the Front Street extension east of Frank Avenue. One person was reportedly injured in the crash. Sarah Stultz/Albert Lea Tribune

One person was injured Friday afternoon after an SUV crossed into the path of another car on East Front Street, east of Frank Avenue.

Tina Jean Larson, 45, of Albert Lea was taken by ambulance to Mayo Clinic Health System in Albert Lea for a reported leg injury.

Larson was the driver of a 2002 Chrysler that was reportedly driving eastbound on Front Street. The Chrysler was struck by a 2008 Toyota Highlander, driven by Ker Ner, 29, of St. Paul, that reportedly crossed the centerline on the street into the path of the Chrysler, according to Albert Lea police.

Police stated it is unclear why Ner crossed into the opposite lane. No citations were issued.