A Mayo Clinic Health System doctor has sent numerous complaints to federal authorities since March 2015 alleging antitrust violations by his employer, a development that comes as tensions continue to spark between the hospital system and the community.

Matthew Kumar, who chairs the Department of Anesthesiology at the health system’s Albert Lea and Austin campuses, has filed three complaints with the Federal Trade Commission and one complaint with the Department of Justice. He informed Freeborn County Attorney David Walker of his complaints last month, and Walker has since been given permission to share the documents, which were obtained by the Tribune on Thursday. Walker sent Kumar’s complaints to Minnesota Attorney General Lori Swanson and 1st District Congressman Tim Walz.

In his letter to Walker, Kumar said he predicted the transition of most inpatient services to Austin. 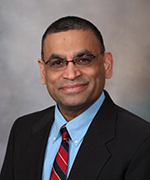 “I predicted the current situation that the citizens of Austin and Albert Lea find themselves — reduction or elimination of services, rise in cost of health care, loss of choice in treatment options and being forced to seek health care far away from home,” he said. “Now I am complaining to you, so that you may pursue litigation against the Mayo Clinic on behalf of citizens of Albert Lea and Austin.”

Walker has formally requested officials look into antitrust concerns regarding the planned transition. During an Aug. 21 meeting in Albert Lea, Swanson implied that legal action against the hospital system would be difficult.

In a statement on Thursday, the hospital system said it was not “previously aware of any antitrust complaints having been filed with the Department of Justice and the Federal Trade Commission over the past two years, including the complaints reportedly filed by Dr. Kumar. We have not been contacted by either agency or any government official about these complaints specifically, or about any antitrust concerns. We are confident that we are in full compliance with corporate governance, antitrust statutes and all other applicable Minnesota law.”

The hospital system cited a Rochester Post-Bulletin article last week that said Minnesota Attorney General Lori Swanson and her staff concluded there was no evidence antitrust laws were broken.

“However, if the attorney general has any additional questions for us, we will respond accordingly,” the hospital system stated.

In the letter to Walker, Kumar said Mayo “eliminated competition by not allowing hospital privileges for non-Mayo physicians and buying up existing hospitals or building new facilities.

“Generally, monopolies eliminate competition, drive up the cost of goods and services, limit consumer choice and bend the political and regulatory processes,” he wrote. “The adverse effects are worse when the monopoly turns to health care.”

Kumar predicted that if the monopoly was not broken, Mayo would continue to cut services at its community hospitals.

“It will lay off physicians, surgeons and nurses whom the Mayo Clinic administrators think are redundant and duplicative,” Kumar wrote. “They will close facilities and mothball existing resources.”

In the five-page letter sent to the Federal Trade Commission in April, Kumar alleged Mayo Clinic “has created a gigantic healthcare monopoly” that is affecting Medicare and Medicaid patients.

“Now it is using (its) monopoly power to deny health care to elderly, low-income Medicare and Medicaid patients,” he said in the letter. “It is a blatant violation of our antitrust laws, Center for Medicare Services laws and civil rights laws. In addition, it is morally and ethically wrong.”

In a July 2016 article to the Federal Trade Commission, Kumar alleged Mayo Clinic engaged in bid-suppression from travel agents in Minnesota, Arizona and Florida.

The letters, along with Mayo Clinic’s announcement on Thursday that it would discontinue clinic services at its LeRoy campus, could further inflame tensions between the hospital and the community as the intensive care unit is planned to be transitioned to Austin in October.