Guest Column: Internet is full of misinformation on wind farms

Two recent letters against wind energy (“People deserve to live lives in peace,” and “Why be against wind energy?”) ran in this newspaper recently. It is wise to ask good questions, and I encourage area residents to get educated on wind energy. That’s why I believe some statements made in these letters need further discussion.

On the subject of wind energy, the internet is chock-full of misinformation. Much of it is shared widely through social media by out-of-state special interest groups to spread fear and mistrust of a growing energy industry that is beginning to threaten the conventional energy industries they represent. A word to the wise — don’t fall victim to these scare tactics. 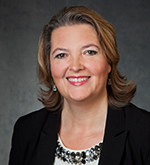 There is no valid research that links wind turbines with any diseases (including the maladies referenced in both letters that are among those characterized by several physicians associated with anti-wind groups as “wind turbine syndrome”). Their “research” has been consistently rejected as biased and not based on facts or science. While a few people living near wind turbines have self-reported symptoms they attribute to wind turbines, hundreds of thousands of people worldwide live and work near wind farms with no ill-effects. There are more than 20 peer-reviewed studies from doctors and scientists around the world refuting the claim that wind farms negatively impact human health.

There is no independent research or evidence that indicates that there are any health impacts caused by infrasound from wind turbines. Infrasound is a natural occurrence. Large mammals like elephants use it to communicate. Flowing rivers and even human breathing produce infrasound. Interestingly, vehicles are the most common source of infrasound. Wind turbines produce lower levels of infrasound than waves on a beach or driving cars. Even within 330 feet of a turbine, infrasound is not above very low background levels.

The U.S. Department of Energy’s Lawrence Berkeley National Laboratory examined more than 50,000 homes near 67 windfarms in 27 counties across nine states. More than 1,000 of the homes were located within one mile of a wind turbine. Both after proposal of a new wind farm and after wind farm construction, there was “no statistical evidence that operating wind turbines has had any measurable impact on home sales prices.”

The fact is, wind energy is a safe, reliable, cost-effective energy resource that offers rural communities jobs and economic development opportunities. In Minnesota, the wind industry paid over $12 million in production tax payments to counties that host wind farms. These dollars are often used for schools, road and bridge improvements, emergency services and reducing property taxes. Neighboring Mower County received over $2 million from wind production tax payments this year alone — the most in the state. They have allocated $400,000 for road and bridge work, with the remainder going to reduce the tax liability for its residents. Freeborn County currently ranks seventh in the state for wind energy production tax revenue. Businesses can come and go, but wind energy is an investment in a community for a generation. Now is your chance to help fill budget gaps with a new source of revenue that doesn’t come from your pocketbook.

Kelley Welf is the communications manager for Wind on the Wires.