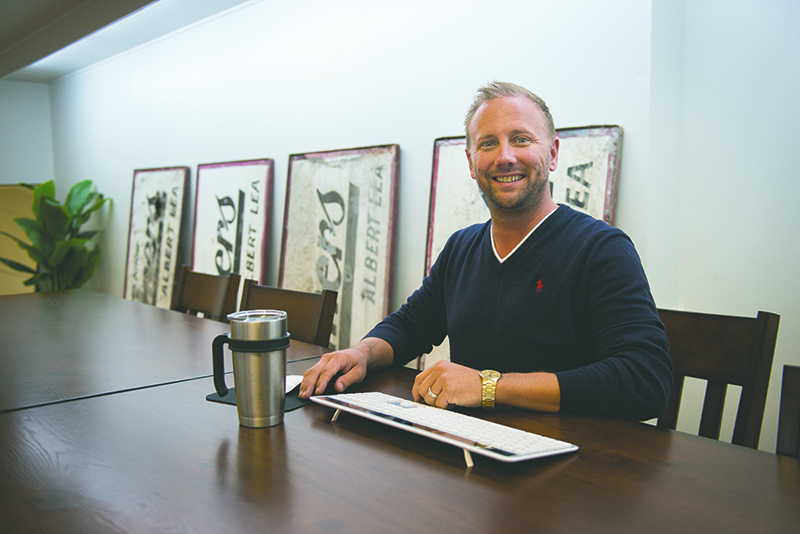 Growing up in Albert Lea on Columbus Avenue, some of the greatest influences were the older neighborhood kids and the families in the neighborhood. As a young kid, the coolest thing in the world was to help our next-door neighbors do their paper route. (Even cooler was getting paid to help.)

My next-door neighbor passed away when he was very young, and though I was only 10, I knew his paper route well and could help. You could never tell a 10-year-old how much this was going to influence his life, but this was when I started to learn pride in my neighborhood and love my community — it’s why I still love Albert Lea.

Living in a smaller community has many rewards and few as great as being in the paper. I was very young, but I had the job delivering the Albert Lea Tribune and loved it. I spent a lot of time with my dad when he would help deliver the heavy papers with me on early Sunday mornings. My brother and friends would help cover my route for me during the week of Boy Scouts summer camp, and I loved having a job so connected to the community that allowed me to serve my neighbors. I learned a lot, and I learned to love Albert Lea.

Being sociable, saying “hi,” saying “thank you” and at the very least saying something to those you share a moment with, especially your neighbors, is a lifelong lesson I learned as a paperboy and why I love Albert Lea. We say “hi” — we say something to one another. Also, being rewarded for hard work and and being proud of what you do, who you are and where you live are traits learned by my 10-year-old paper boy self and lived by my 40-year-old real estate professional self and why I love Albert Lea.

Robert Hoffman is the broker, Realtor and property manager of Robert Hoffman Realty Inc. and RHR Property Management. He has sold hundreds of property sales as a Realtor and now as the broker/owner of his own real estate brokerage. Hoffman was the property manager and then brokered the lease of the former Walmart location at Skyline Plaza to Bomgaars last year. Hoffman and his partners — including his wife, Angie Hoffman, the advertising director of the Albert Lea Tribune — own and manage four apartment complexes in Albert Lea. RHR also manages dozens of rental units in downtown Albert Lea and throughout town for themselves and a handful of owners — all local businessmen. Hoffman has managed and sold many of Albert Lea’s apartment buildings and recently purchased another set of apartment buildings in Albert Lea in July. He also used the “I ‘heart’ A.L.” logo when running for City Council during the last elections. But first, Robert “Joey” Hoffman was a paperboy and learned to love Albert Lea.