Funeral services for Jerry D. Ovrebo will be at 11 a.m. Friday at Bonnerup Funeral Service in Albert Lea. The Rev. Larry Orth will officiate. Interment will be in Greenwood Cemetery in Glenville. Visitation will be one hour before services at the funeral home. 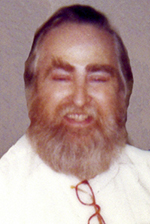 Jerry was born June 14, 1941, in Freeborn County, the son of Marvin Melanchton and Daisy Fern (Stainbrook) Ovrebo. He was always proud to have been born on Flag Day, as that was his special day. Jerry grew up on a working farm near Emmons with his older brother, Richard, and younger sister, Marcia. From a young age Jerry enjoyed repairing equipment. He was a graduate of Emmons High School, where he played on the football team. He completed electronic training at Austin Vocational School. Although he was working full time, he still managed to complete his training, top in his class.

Jerry had been an engineer for IBM in Rochester for more than 30 years before retiring. He enjoyed being involved in IBM’s pistol and trap shooting clubs, where he served as president, and the model airplane club.

Jerry had a tender heart for his pet friends; in earlier years he had a favorite cat, Julie, and later a poodle named Peaches.

He had a great passion for motorcycles, always seeming to have a collection of at least 10 different types in his possession at one time. He was a lifetime member of Pine Island’s White Pines Sportsman Club.

He was preceded in death by his wife, Alyce Mae; his parents Marvin and Daisy Ovrebo; and two brothers, Marvin “Dale” Ovrebo in infancy and Richard Ovrebo.

Jerry lived life with great intensity. May he rest in peace.