Despite Lt. Gov. Tina Smith’s call Thursday for Mayo Clinic Health System to pause its consolidation plans of most inpatient services to Austin, Mayo officials said Friday they intend to continue with their decision.

“To ensure the highest-quality health care, we are moving forward with the optimization plans,” the health system said in a statement. “We will continue engaging with the community as we move through subsequent phases of the plan.”

Plans call for moving the intensive care unit, inpatient surgeries and the childbirth center to Austin, while the behavioral health center in Austin will move to Albert Lea. Mayo has stated the inpatient services being consolidated on the Austin campus amount to less than 5 percent of the overall care provided by Mayo Clinic Health System in Albert Lea and Austin. The remaining 95 percent of services will be offered on both campuses, including services such as the emergency room, outpatient surgeries, primary care, specialty care, laboratory services, radiology services and others.

Smith on Thursday met with Freeborn County and Albert Lea officials, local legislators and leaders from the Save Our Hospital organization, whose goal is to keep a full-service, acute-care hospital in Albert Lea. Smith also met with local leaders at Mayo Clinic Health System in Albert Lea.

Smith is the most recent state official to throw support behind the Save Our Hospital organization. Others that have offered support are Gov. Mark Dayton, Attorney General Lori Swanson and AARP, among others.

Under Mayo’s plans, the intensive care unit will move to Austin in October, followed by the behavioral health inpatient care unit in mid-2018.

The inpatient medical/surgical unit is slated to transfer to Austin in early 2019, and childbirth services will transfer at some point in 2020.

Mariah Lynne, co-chairwoman of Save Our Hospital, issued the following statement after hearing about Mayo’s plans to move forward with the plans. 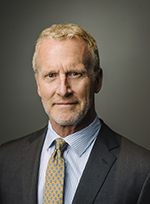 “Although Mayo has chosen to ignore the requests of its citizens, the Attorney General’s Office, the governor, the lieutenant governor, AARP and several other legislative leaders, we are unwavering in our goal: to keep a full-service, acute-care hospital in Albert Lea, MN. We have several upcoming conversations and events that will showcase our strength and commitment.”

Nurses belonging to the Minnesota Nurses Association at Mayo hospitals in Austin and Albert Lea on Thursday ratified a plan for dealing with the effects of Mayo’s decision to reorganize patient care at both hospitals and close most inpatient services in Albert Lea, according to a press release from the MNA, a union representing the nurses.

Following several days of negotiations, a majority of nurses from both hospitals voted to accept Mayo’s offer to address issues including patient care training for nurses who move to a new unit, seniority, retention and severance for nurses whose jobs are affected by the decision.

“We now have a process that Mayo must follow when units are closed and nurses are forced to change jobs,” said MNA Austin Chairwoman Kathryn Martin.

But Mayo officials on Friday said, “We will continue to move forward with staffing plans for the future on both campuses with the best interest of our employees and patients in mind.”

“Nurses hope to minimize the impact on patients and the care they receive when any changes are imposed,” said MNA Albert Lea Chairwoman Kathy Lehman. “We continue to work with the Save Our Hospital (of Albert Lea) group to fight Mayo’s plan to devastate communities in southern Minnesota and northern Iowa that will no longer have a full-service hospital in Albert Lea.

“Nurses needed to have some assurances from Mayo on how changes in their jobs will be handled.”

“The Minnesota Nurses Association yesterday voted to approve our proposal regarding the process for nurse staffing to support the transition of nursing on inpatient (hospital) services between our Albert Lea and Austin campuses. As we have shared with the union and our staff, our goal has always been to make these transitions as smooth as possible.

“We will continue to move forward with staffing plans for the future on both campuses with the best interest of our employees and patients in mind. Our focus is on preserving the health care services that our patients use most often in their local communities, while making the best use of our resources to deliver hospital services in a way that keeps care viable and as close to home as possible.”