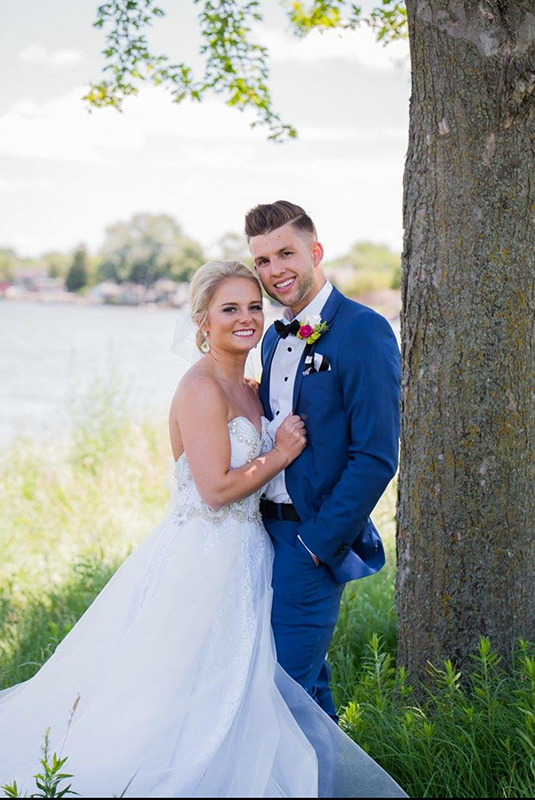 Sydney Overgaard and Preston Smith were married at 4 p.m. June 24, 2017, at Crossroads Church in Albert Lea in a double-ring ceremony. The Rev. Jeff Phelps officiated.

The groom is the son of Curtis and Jana Smith of Albert Lea, and is the grandson of Wayne and Veryl Saathoff of Jackson and James and Suzanne Smith of Decatur, Indiana.

The bride is a 2014 graduate of Albert Lea High School and a 2017 graduate of Iowa State University. She has a bachelor’s degree in event management. She is an assistant event planner at Wedgewood Cove in Albert Lea.

The groom is a 2014 graduate of Albert Lea High School and a 2016 graduate of Dakota County Technical College. He has an associate’s degree in photography and is pursuing a degree in ministerial leadership from Southeastern University in Lakeland, Florida. He will graduate in May 2018. He is employed as the youth director of student ministries at Crossroads Church in Albert Lea.

Flowergirls were Ella and Lucy Stricker, daughters of Jerad and Amber Stricker of St. Ansgar, Iowa; and Amelia Gilbertson, daughter of Chad and Brielle Gilbertson of Albert Lea.

Musicians were Jared and Shanna Dawson and Tyler Vandenheuvel, all of Albert Lea.

Personal attendant was Sandy Chatleain of Lake Crystal. Hosts and hostesses were Seth and Tiffany Buchanan of Glenville and Bret and Pam Saathoff of Eagan.

Flowers were designed by Pat Schrader of Albert Lea.

The reception followed the ceremony at Monterey Ballroom in Owatonna.

Following the wedding, the couple travelled to Riviera Maya, Mexico, for their honeymoon. The couple will reside in Conger.