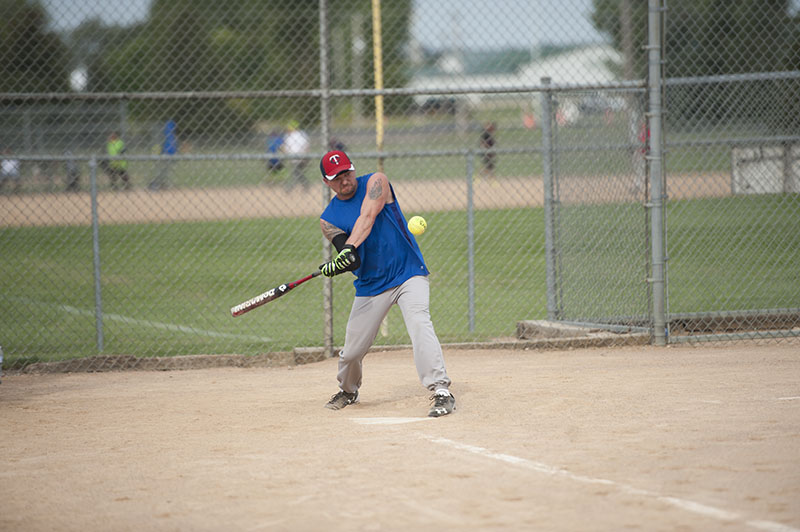 This weekend marked the 10th year of the Ryan “Pie” Truesdell Memorial Tournament. Eighteen teams signed up to take part in the annual tournament that spanned from Saturday into Sunday at Snyder Park.

The weekend included softball, raffle tickets, concessions and music being played throughout the complex. 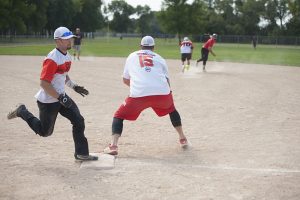 The two-day event not only hosted a softball tournament, but also raffle prizes, concessions and music played throughout the complex. – Tyler Julson/Albert Lea Tribune

The tournament weekend was set up to honor Ryan “Pie” Truesdell, an Albert Lea graduate who died after being trapped in a grain elevator at Glenville Grain in summer 2007. In high school Truesdell was a two-time All-Conference honoree on the baseball team and was captain for two years.

Raffle prizes for the weekend included food items from the concession stand and gift certificates to many local businesses, as well as a signed guitar that was up for auction.

Even though the tournament was a little lower on teams than in previous years, 18 is still a good number for softball tournaments around the area. Truesdell’s father, Scott, talked about why so many teams show up for the tournament year after year. 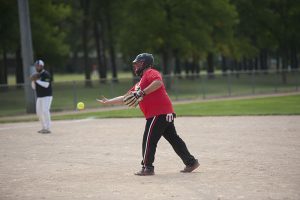 Money raised at the tournament goes back into the community to help area youth. Past donations have been made to are youth teams, Albert Lea Anglers, ARC of Freeborn County and many more. – Tyler Julson/Albert Lea Tibune

“People always tell me it’s because of my son, because he was such a good guy,” he said. “I hear stories every year about how people used to play with him and thought he was an all around great guy. There are guys and teams here that haven’t missed a single tournament.”

Money raised over the weekend goes back into the community as a way to help area youth, something which Scott Truesdell is very proud of. He said giving the money away is one of his favorite parts about the entire thing. In the past he has given to the Albert Lea Anglers, ARC of Freeborn County and youth sports teams, among others. 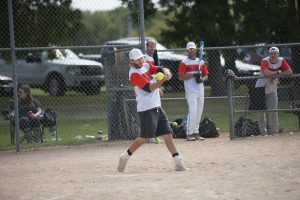 Scott Truesdell, the father of Ryan “Pie” Truesdell, hopes that his kids take over the duties of running the tournament some day. – Tyler Julson/Albert Lea Tribune

Although Scott Truesdell said the weekend is a great way to honor the memory of his son, he sometimes thinks about letting someone else take over the tournament.

“It’s a lot of planning and work,” he said. “I would like for one of my kids to take over some year and run everything. There’s so many things leading up to it that have to get done, but we never want this to go away.

“I just want to thank the city of Albert Lea and what they do for us. If it wasn’t for those businesses and individuals who donate, we wouldn’t be here.”