Sarah Stultz: Like a child in a candy store at printing plant

Nose for News, By Sarah Stultz

This past week, I had the opportunity to travel up to Minneapolis with Tribune Publisher Crystal Miller and Advertising Executive Jessica Glassel and meet with professionals from other daily newspapers around Minnesota for a two-day conference.

We started off the conference with a tour of the Star Tribune’s Heritage printing facility, which also prints the St. Paul Pioneer Press, City Pages and USA Today, among others.

To say I felt like a child in a candy store was an understatement, and I had flashbacks to touring my hometown newspaper when I was in elementary school — a tour that I think indirectly sparked my interest in newspapers. 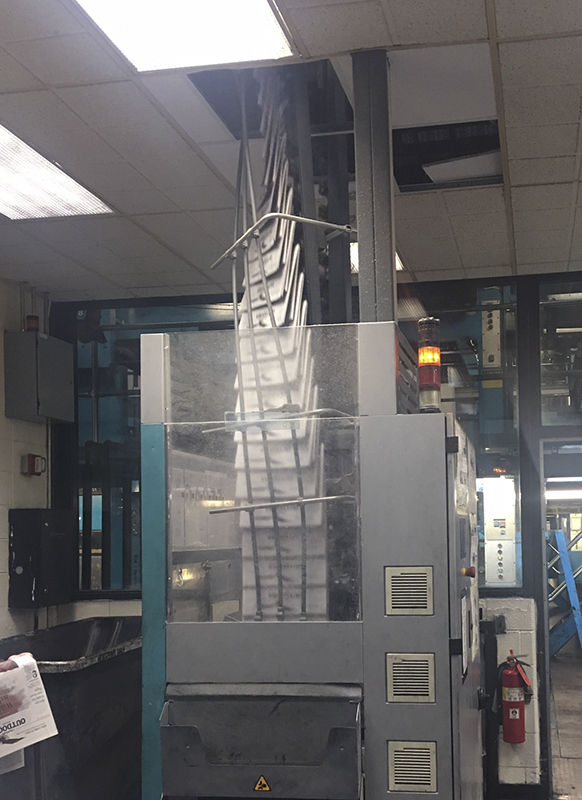 There were many “oohs” and “ahhs” as we walked into different parts of the building and saw the magnitude of what was before us.

Though the facility I toured as a child was large when compared to a smaller newspaper such as ours in Albert Lea, I was awestruck being in a facility as large as the one in Minneapolis that prints the Star Tribune — which is more than double the circulation that my hometown newspaper has — not to mention the circulations of the other publications.

It was amazing to see the multiple presses — each named with a color — as well as the robots — given silly names — that were used to transfer the massive rolls of newsprint from one area in the plant to another. Then to hear how many people worked there was inspiring in itself.

We looked on as we walked from one part of the building to the next, watching each step along the way.

The tour was a highlight for me from the conference.

I realized that though the Albert Lea Tribune is a smaller newspaper than the Star Tribune, I am grateful we are able to print our own newspaper as well as others in our own community. That is something I am proud of.

Aside from the tour, we shared some ideas that have been successful at each of the newspapers and some of the projects we are working on.

We also discussed with the Minnesota Newspaper Association’s attorney some of the cases taking place right now in the legal world that could impact the newspaper industry.

It was a refreshing two days to be around people with some of the same challenges and successes as our own. We hope to bring back some of the ideas we heard to our readers.