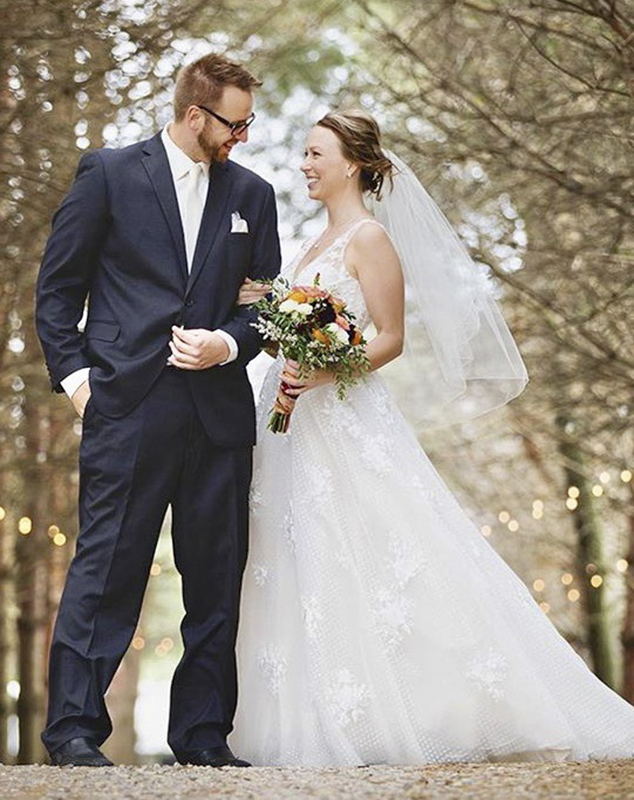 She is a 2003 graduate of Albert Lea High School, and she is pursuing a degree in business. She is a health service technician with Minnesota State Operated Community Services in Willmar.

The groom is the son of Rob and Bette Schmitz of Spicer and the grandson of the late Edward and Louise Schmitz of New London and the late Robert and Verna Grossman of Esko. He is a 1999 graduate of New London-Spicer High School and a 2002 graduate of the University of Wisconsin in River Falls, where he majored in marketing communications. He is a chaplain for United Campus Ministry in the Willmar area, co-director of Youth for Christ Joppa and pastor at Blomkest Baptist Church.

The bride was given away by her brother, Navy Chief Justin Sorum of Detroit, who wore his full military dress uniform.

Flower girl was Grace Riskedahl of Hartland, niece of the bride and daughter of Jade and Ashley Riskedahl. Personal attendant was Liz Sorum of Glenville, sister-in-law of the bride.

A reception and dance followed the ceremony. The couple resides in Willmar and is looking forward to a Hawaiian honeymoon later this year.