Minnesota Attorney General Lori Swanson said on Monday her office has found no violations in Mayo’s planned transition of most inpatient services from Albert Lea to Austin.

In a five-page letter sent to Freeborn County Attorney David Walker, Swanson said her office could not find any state antitrust, charity or other violations in the planned transition, which is expected to begin next month with the moving of the intensive care unit from Albert Lea to Austin. The letter comes after Walker requested Swanson look into possible violations by the hospital system.

Swanson’s response came after the Freeborn County Board of Commissioners last month approved sending a letter to the Attorney General’s Office. She visited Albert Lea Aug. 21. 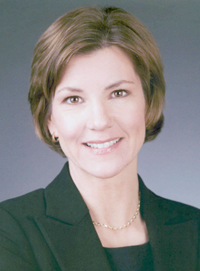 Swanson said antitrust laws have “no application to one corporation sorting out the division of labor between two of its divisions. Rather, such antitrust laws apply to two competitors that compete with one another.”

Mayo Clinic Health System in Albert Lea and Austin merged in 2013, resulting in the integration of the two sites into one legal entity.

Walker spoke of concerns about Mayo purchasing independent hospitals across the region, then consolidating services while keeping a large enough footprint in communities to prevent a second provider from entering.

“You reply that the bylaws restrict the ability of the nonprofit corporation to allocate resources between the Albert Lea and Austin locations,” Swanson told Walker in the letter. “Unfortunately, we cannot find such a restriction in the bylaws.

In a statement regarding the letter Monday, Mayo Clinic Spokeswoman Ginger Plumbo said the hospital would continue to work with the community.

“It appears that the Attorney General’s Office has engaged in a thoughtful and thorough review of the issues raised by the Freeborn County attorney, and we look forward to continuing our work with community leaders on behalf of the citizens of Albert Lea and the surrounding regions,” she said.

In the letter, Swanson said Mayo Clinic had not completed production of all requested information. Plumbo said the hospital has responded to all of the questions and did not hear directly from the Attorney General’s Office about the letter. She said the hospital system would willingly answer additional questions.

Swanson discussed disagreements Walker has had with analysis the Attorney General’s Office has conducted.

“You disagree with our analysis,” Swanson said. “This office, however, is required to follow the law. It cannot file a lawsuit simply because a corporation that is abiding by the law undertakes an unpopular action.”

Swanson encouraged leaders from the city of Albert Lea and Freeborn County to keep working with Destination Medical Center leaders to “convey to Mayo the citizenship expected of a corporation that is the beneficiary of such largesse from the taxpayers.”

Swanson has recommended the city of Albert Lea and Freeborn County hire a health care finance consultant to look into the planned transition.

“If the county or city concludes that any of the above options are viable, we are ready to work with the county and city to research and provide information about legally-permissible financing options,” she said.