Tigers swept by the Huskies 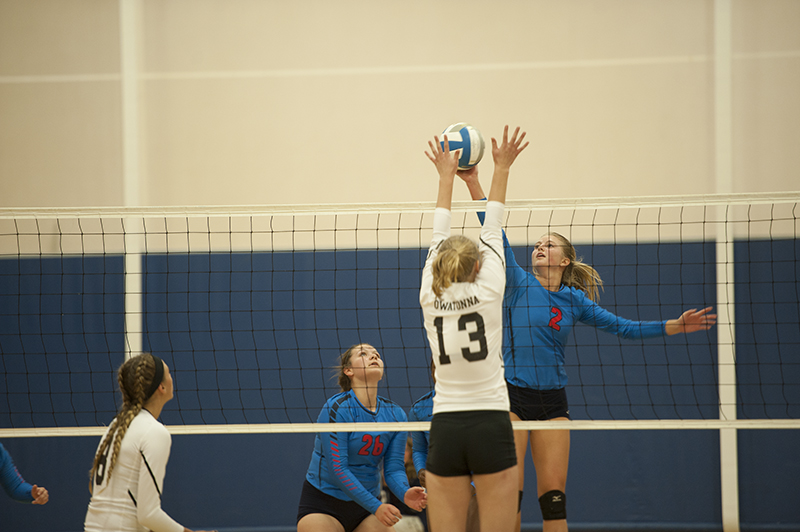 Albert Lea junior Courtney Harmdierks attempts to tap the ball back into Owatonna’s half of the court Thursday night. The Tigers lost in three sets, narrowly losing the second and third sets. - Tyler Julson/Albert Lea Tribune

Albert Lea fell in three sets to Owatonna in its home opener Thursday night. Despite a thrilling final two sets, the Tigers were swept by the Huskies, 25-13, 25-21, 27-25.

The Tigers got off to a bit of a slow start in the first set of the night. They struggled some defensively as the Huskies were able to hit seemingly every open spot on the floor. Albert Lea was never able to grab any sort of momentum in the set, losing 25-13.

The Tigers would turn things around in the much more competitive second set. The energy began to liven up on the floor as well as the stands. Players and fans alike were getting more excited as the end of the set drew closer. Albert Lea and Owatonna would exchange the lead several times up to the very end, until Owatonna pulled away, winning 25-21. 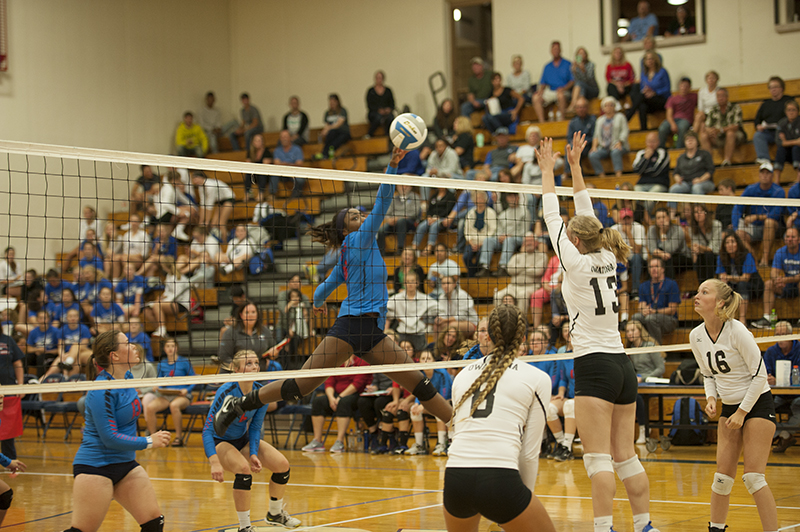 Albert Lea senior Dora Ogunkanbi goes for the kill in the third set against Owatonna Thursday night. Albert Lea would go on to lose the match 3-0, despite a strong final two sets. – Tyler Julson/Albert Lea Tribune

If it were possible to surpass the energy level of the last few points of the second set, it happened throughout the entire third set. The two teams were never more than three points away from each other and exchanged the lead many times throughout. It seemed like Albert Lea was in a good spot when the team was the first to reach 25, but needing to win by two, the set continued. The Tigers would go on to drop the set in heartbreaking fashion, 27-25.

Despite the loss, Albert Lea showed tremendous resolve and determination after losing the first set by 12.

The Tigers fall to 0-2 on the season, and will be back in action on Tuesday when they travel to Rochester to take on the Century Panthers. 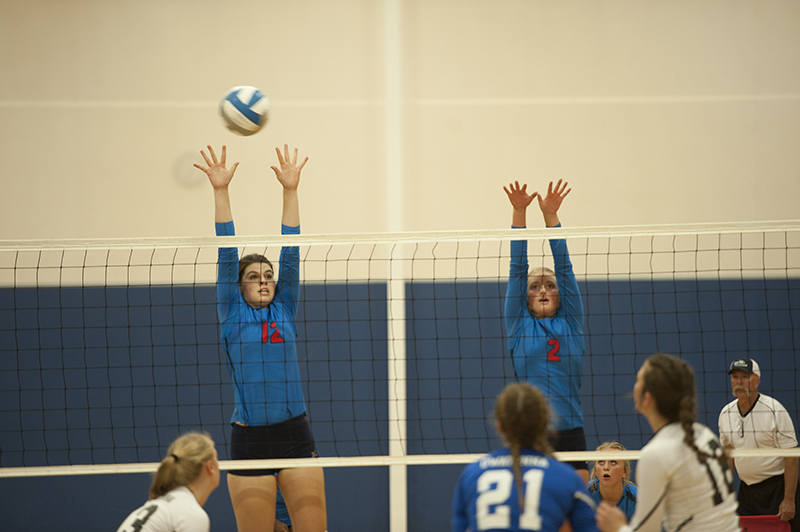