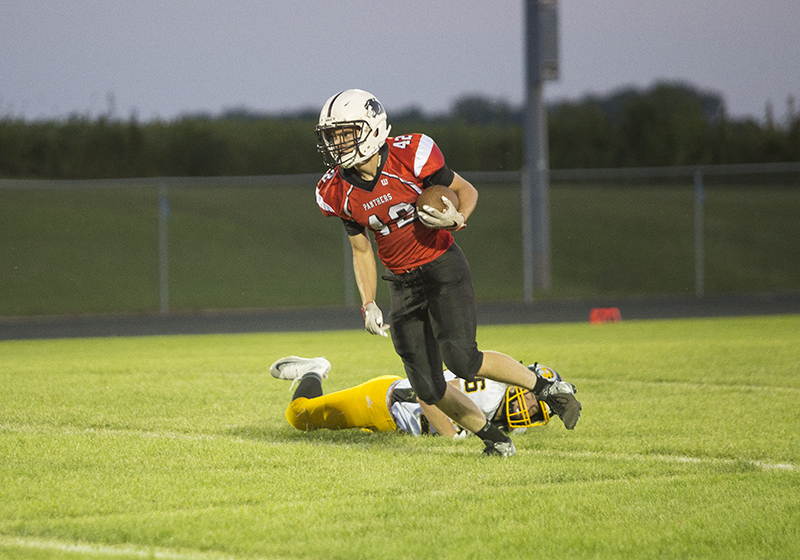 NEW RICHLAND — The Panthers football team may have dropped their home opener, but it certainly wasn’t for lack of trying.

Early in Friday’s second quarter, the Wolverines were ahead of the Panthers 14-0. NRHEG managed to battle back, going into halftime tied at 14 points apiece. 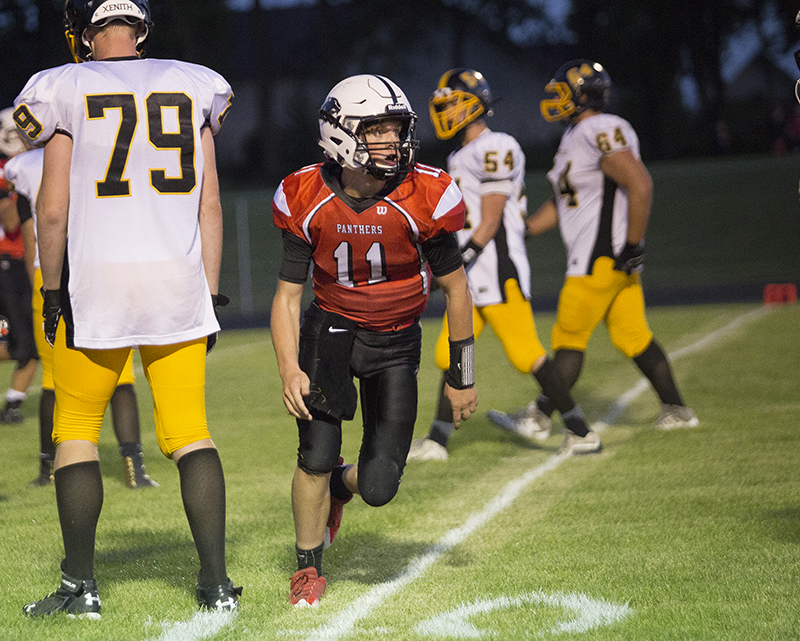 NRHEG’s Jake Stork gets up after being tackled on a carry during Friday’s 28-14 loss to Sibley East. – Colleen Harrison/Albert Lea Tribune

“Our kids played their hearts out tonight and I very proud of their effort,” NRHEG coach Dan Stork said. “After being down 14-0 early in the second quarter, we battled back and tied it up at the half with some really gutty plays by our kids.”

Coming out of halftime, though, NRHEG wouldn’t see the end zone for the rest of the night. Sibley East would score two more touchdowns to seal the victory.

“The second half, we just ran out of steam. Sibley East is big and physical and we were wore out,” Stork said. “Our lack of depth and some injuries are really hurting us right now, but we’ll bounce back and continue to battle. These guys play hard.”

NRHEG is now 0-2 on the season and 0-1 in the Gopher Conference. The team heads on the road next to face conference foes Norwood Young-American at 7 p.m. Friday.