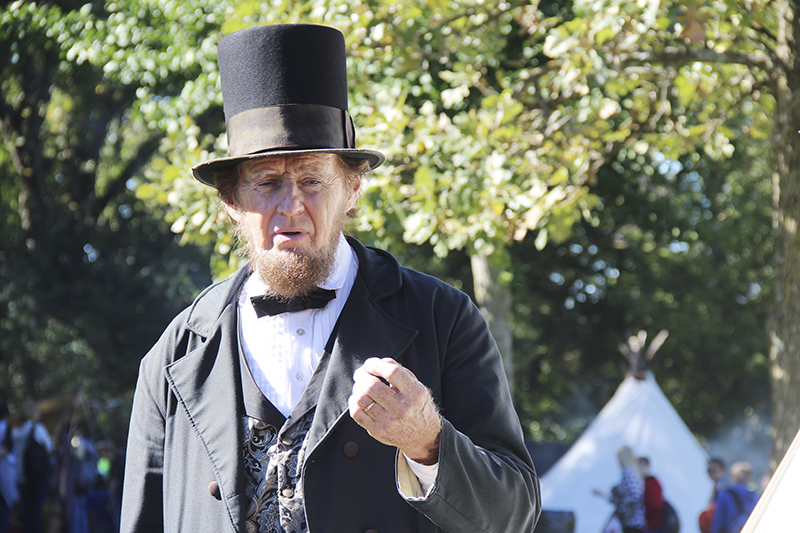 A re-enactor portrays Abraham Lincoln during the first of two Education Days at the Big Island Rendezvous in 2016 at Bancroft Bay Park. At least 1,200 children attended that day and close to the same amount were expected the second day. Sarah Stultz/Albert Lea Tribune 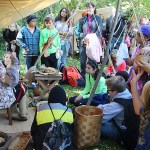 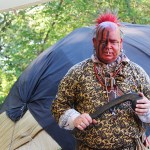 Ben “Julup” Smith of Brookings, South Dakota, personifies an Eastern Woodland Native American to a group of students from IJ Holton Intermediate School in Austin at the Big Island Rendezvous & Festival in 2016. Smith, who was in his third year as an educator at the Rendezvous, showcased different types of tools. Sarah Stultz/Albert Lea Tribune 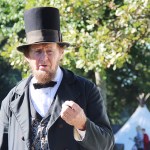 A re-enactor portrays Abraham Lincoln during the first of two Education Days at the Big Island Rendezvous in 2016 at Bancroft Bay Park. At least 1,200 children attended that day and close to the same amount were expected the second day. Sarah Stultz/Albert Lea Tribune

History lovers from around the region will flock to Albert Lea next weekend for the 31st annual Big Island Rendezvous and Festival at Bancroft Bay Park.

The festival begins Thursday and Friday with Education Days, when more than 2,600 students from between 30 and 40 schools in Minnesota and Iowa are expected to travel to town to learn about Minnesota and early American history, said organizer Perry Vining.

More than 70 stations will be set up with various re-enactors, such as blacksmiths, woodworkers, farmers, candlemakers, silversmiths, spinners, weavers, hunters and soldiers, among others.

Vining said students arrive in the morning, and rotate every 30 minutes to a different presentation to learn from the re-enactors, who he described as “history interpreters.” After a break for lunch, the students continue through more presentations in the afternoon so that by the end of the day, they have gone through anywhere from about five to nine presentations.

All of the students, chaperones and teachers who attend receive a free ticket to the festival to come back on the weekend and check out more of the stations.

The festival, voted one of the top 100 festivals in North America by the American Bus Association, is open to the public Oct. 7 and 8.

“We’re looking forward to a great weekend,” he said.

Vining said one of the highlights as in years past will be the live rounds shot from cannons by the New Ulm Battery. The people who operate the cannons are descendants of the original New Ulm Battery soldiers. These demonstrations will happen three times each day.

Vining said family passes to cover everyone in a household can be purchased for $25.

People can park at the Freeborn County Fairgrounds and take a free shuttle to the festival entrance.

More information: Tickets can be purchased in advance at the Albert Lea-Freeborn County Chamber of Commerce, Albert Lea grocery stores and local banks.