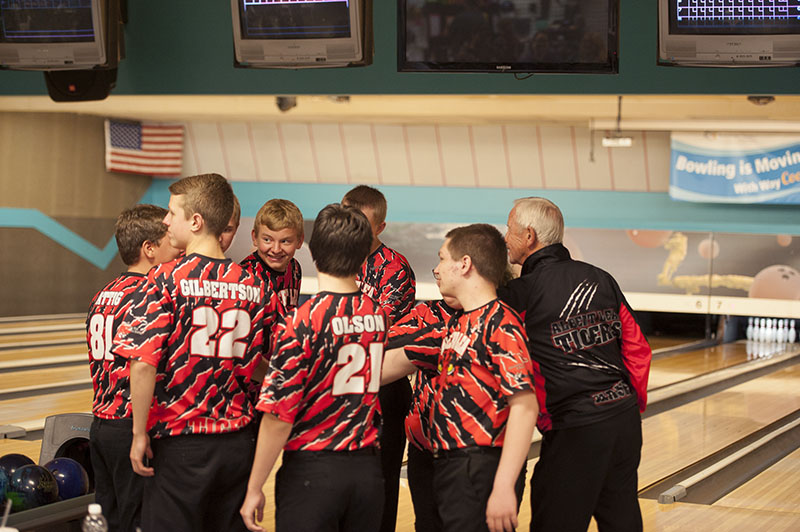 After  a strong showing in their first match up against Faribault, Albert Lea  dropped their second match of the day to St. Peter. 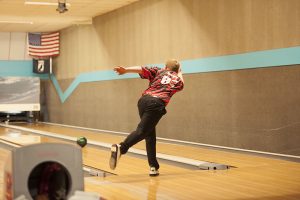 Albert Lea bowler Brandon Espe takes his turn during the Tigers first match up against Faribault. They would win the series four games to one. – Tyler Julson/Albert Lea Tribune

Albert Lea cruised to victory in the first best-of-five series against Faribault. The team of five won their first three games  by a combined 123 pins. In their best game of the day, the Tigers  rolled seven strikes and the frames that were not strikes were cleaned up with spares. They finished that game with a score of 246. The only loss during that five game series was by a mere four pins in the fourth game.  Albert Lea won the match four games to one.

The second match was against St. Peter and was an intense, exciting back-and-forth battle that came down to the fifth and final game.

Albert Lea won the first game  by just nine pins. The Tigers stalled a bit in the second game, falling 223-156. They would storm back in the third game, winning by a commanding 50 pins. St. Peter would sneak away with a six-point win in the fourth game. The fifth and final game was close up until the ninth frame when St. Peter started to pull away to a 244-214 victory.