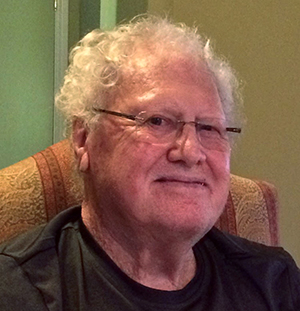 He grew up in Albert Lea and graduated from Albert Lea High School in the class of 1947. He spent the next three years in the U.S. Navy and attended the Great Lakes Naval Training Station. He was trained as a medical laboratory technician. After completing his training, he was transferred to the National Research Defense Laboratory in San Francisco, where he worked on original research evaluating the effects of the atomic bomb on humans. The results were published in major medical journals, where his efforts were recognized. This was an extraordinary accomplishment at 19 years of age. When honorably discharged from the Navy, he attended the University of Minnesota for his undergraduate program in pre-medical studies.  In 1958, he graduated from the University of Minnesota Medical School. He spent his internship year at Riverside County Hospital in Arlington, California. Following his internship, he spent the next three years as a fellow at the Mayo Clinic in Rochester. Upon completion of his fellowship, he and his family moved to Phoenix, The Valley of the Sun, where he started his private practice. He practiced medicine focusing on the diagnosis, treatment and management of endocrinology diseases and diabetes. He remained in Phoenix until his retirement 30 years later.

Bryant believed education is the backbone of success. To this end he was a strong supporter of many educational causes. He was the founding father of several educational foundations and enjoyed providing support for the passionate, but less fortunate. He was a strong leader and the initial donor which led to the establishment of two of the endowments of the Education Foundation of Albert Lea.

Other leadership efforts resulted in the creation of educational foundations in Southern California including the Borden – Pickering Scholarship Fund. He was founder of the Arizona Juvenile Diabetes Association, establishing a summer camp to educate young diabetics on the effects and management of the disease. He was the founder and CEO of the Institute of Biological Research and Development. IBRD’s main objective was to evaluate the safety and efficacy of new pharmaceutical products in development by major pharmaceutical companies. This was a significant improvement in the research process, producing greater time efficiencies for the pharmaceutical companies as they allowed for faster FDA approval and new treatments to become more quickly available to those in need both nationally and internationally.

It was easy to see Bryant had a passion about life, not only in his professional life, but recreationally as well. He loved most anything competitive whether it was cards or athletic endeavors; he was always game. He enjoyed playing most card games, including Bridge. He played football in high school, enjoyed downhill skiing as an adult, but his game was golf. Many memories were created with friends at renown golf courses and in tournaments.

He is survived by his three children, daughter, LeAnn (Stephen) Jamison of San Diego; son, Brad (Teri) Pickering of Scottsdale, Arizona, and daughter Kari Lynch-Koerper of Burbank, California. He was blessed with six grandchildren,  Jonathan Jamison, Anika Jamison Morrison, Tyler Lynch, Britni Lynch, Dawson Koerper and Rylee Pickering; and one great-grandson, James (Jamie) Morrison V; Jean Kaplan Duke, the mother of his three children; many nieces, nephews, cousins and friends, all of which he dearly loved.

He was preceded in death by his natural parents William and Anna (Lee) Pickering, his maternal uncle and wife, Peter and Ella Lee, who took him into their home and raised him as their own; brothers Leslie, Donald and Clayton Pickering; his twin sister, Barbara; and sisters Lorraine Scott and Lucille Goodnature.

Per his request, he will be laid to rest in Scottsdale. Private family services will be take place Thursday. Donations in his honor can be sent to Education Foundation of Albert Lea, P.O. Box 828, Albert Lea, MN 56007.

“Rest in peace until we meet again,” his family said.