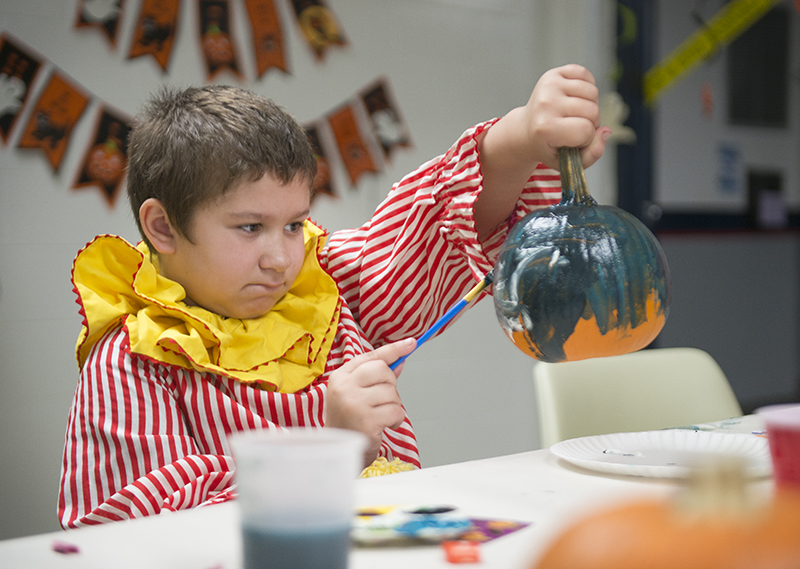 About a dozen area children out of school for a long weekend enjoyed some Halloween festivities Friday at Albert Lea City Arena.

Through an event set up by the Albert Lea Parks and Recreation Department, children could enjoy pumpkin painting and decorating, making a craft, playing games, eating snacks and watching a movie called “The Book of Life.” 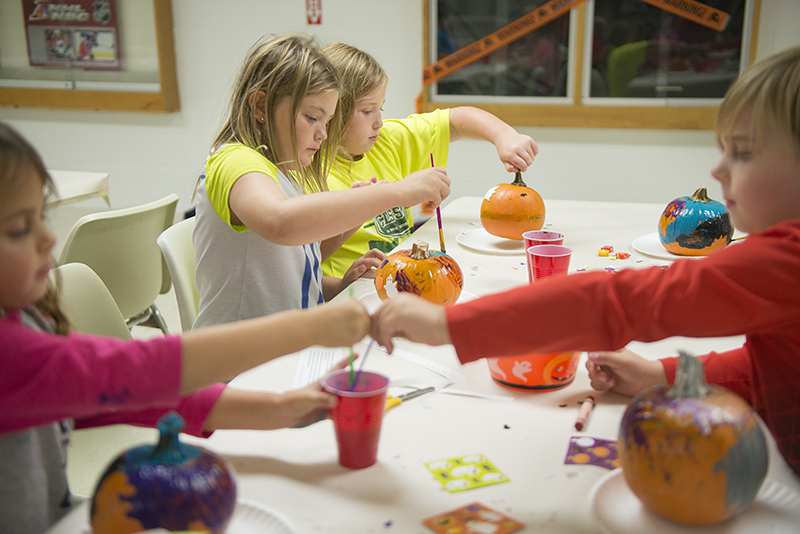 Recreation Program Supervisor Jenny Davis said Parks and Recreation typically has a couple events each year for children to attend when they’re out of school. They have one during winter break for a day, as well as one in the spring, too.

David said this year she combined a younger and older session into one.

Amy Wadding said she brought the children out to give them something to do during the break. They had also been busy shopping, playing board games and going to Albert Lea Public Library.