Dennis L. Olson, 76, passed away surrounded by his family, on Saturday, Sept. 23, 2017, due to complications resulting from Parkinson’s disease.

He was born Sept. 6, 1941, in Cedar Rapids, Iowa, to Aleida and Elwood Olson. Dennis graduated from Albert Lea High School in 1959. He also graduated from the University of Minnesota with a Bachelors of Arts in history and received his Juris Doctor in 1966. He was a member of the Nevada State Bar Association and the Minnesota State Bar Association. On Aug. 12, 1967, Dennis married his wife of 50 years, Joan Knudsen. 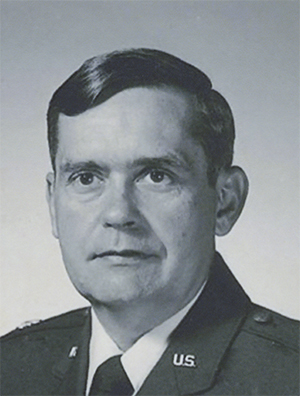 Dennis proudly served his country for 27 1/2 years in the United States Air Force, traveling and living at bases throughout the world. During his military career, he was an accomplished officer in the Office of Special Investigations and Judge Advocate General offices, rising to the rank of lieutenant colonel. He served two tours as a trial judge. Following his retirement in 1994, Dennis and Joan relocated to Las Vegas, where he was a private attorney for eight years.

Funeral services took place at noon Thursday at Southern Nevada Veterans Memorial Cemetery, at 1900 Buchanan Boulevard, Boulder City, Nevada. In lieu of flowers, the family kindly requests donations be made to Nevada Veterans Assistance League, P.O. Box 60464 Boulder City, NV 89006-0464. Gifts to the organization will directly benefit the residents at the Nevada State Veterans Home, where Dennis lived for the past 12 years. The family is grateful for the kind and loving care Dennis received at the home.