End to the season for NRHEG 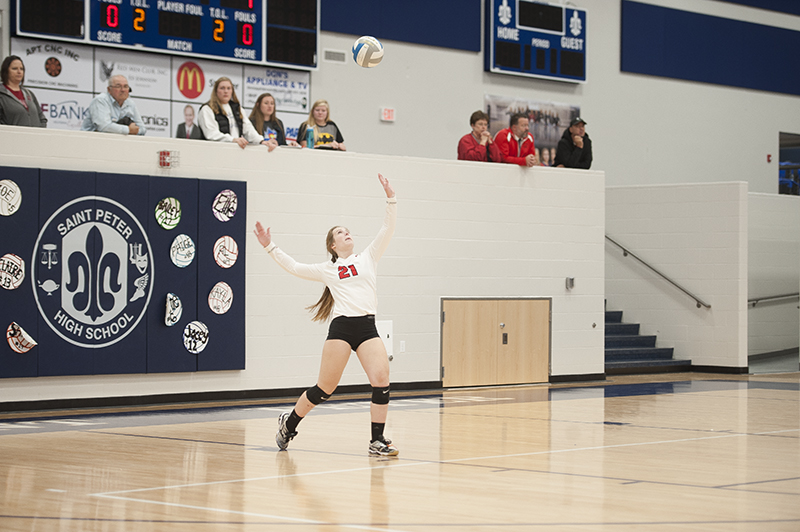 NRHEG junior Sydney Schlinger serves up the ball in the first set of Tuesday night’s loss to St. Clair. The Panthers would lose in three sets to the Cyclones. - Tyler Julson/Albert Lea Tribune

ST. PETER — The NRHEG volleyball team traveled to St. Peter Tuesday night to take on St. Clair in the quarterfinals of the Section 2A tournament.

The Panthers were unable to carry over their momentum from last week’s win, as they fell to the Cyclones in three sets.

Coming off their upset win over Alden-Conger on Thursday, NRHEG was hoping to use that momentum to knock off another top contender in St. Clair. It seemed as though the team might have a chance through the first set. The two teams were neck and neck up to the 20-point mark, when St. Clair pulled ahead and won the opening set, 25-19.

The Cyclones started to take control in the second set. The Panthers would struggle to gain any sort of positive momentum as they dropped the set, 25-11. 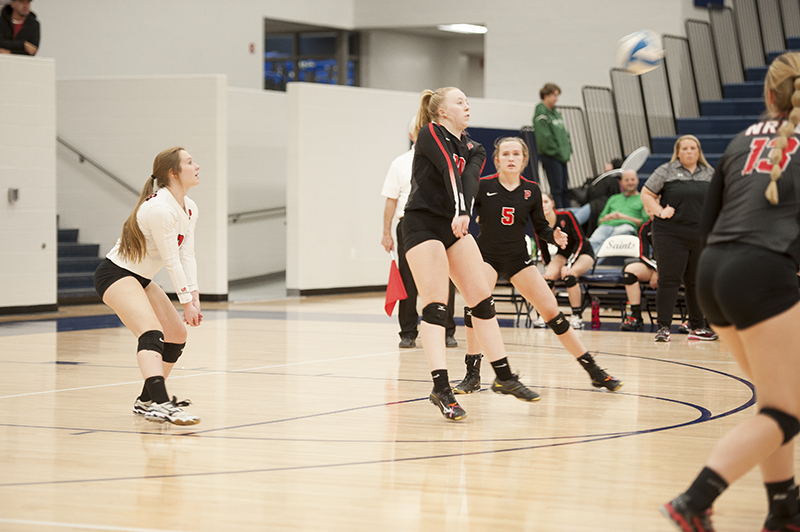 NRHEG junior Alexis Anderson returns a serve to St. Clair on Tuesday night. The Panthers finished the season with a record of 11-17 and a 1-1 record in sections. – Tyler Julson/Albert Lea Tribune

Down two sets to none, the Panthers needed to pull something together to have any hope of keeping their season alive. They started out strong, jumping out to a quick five-point lead in the set. However, they would see that lead dwindle as the set moved forward. The Panthers would lose their lead midway through the set and were never be able to get it back. The Cyclones would win a close third and final set, 25-22.

Head coach Onika Peterson talked about the team’s performance and overall season after the match.

“It’s definitely been a roller coaster season,” she said. “We’d have a nice win followed by a few games where we wouldn’t compete well. The high of the season was the win over Alden and getting that upset. But, we’re returning a lot of experience to the team for next year and I’m excited about that.”

NRHEG finishes the season with a record of 11-17 and will return 11 players next year to a squad that has a strong possibility of being a strong contender.