There is a well-known shortage of psychiatrists across the United States, resulting in long wait times and untreated cases. At the Freeborn County Mental Health Center, patient wait times have been reduced after a nurse practitioner was hired in June. 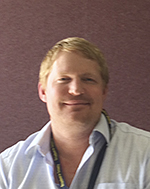 “With Brian being here, we are able to serve people closer to where they may live in Freeborn County,” Kossman said.

“There is a major shortage of psychiatric providers in Minnesota, as well as across the country,” Kossman said. “We feel very fortunate to have Brian with us. … He has helped us expand the scope of services we provide at the Mental Health Center.”

Vold expects to have a full caseload after he is in his position for eight to 12 months, which will result again in a staffing shortage.

To Vold, shortages in mental health practitioners can cause exacerbated systems in individuals,  such as damaging relationships, poor academic performance and legal issues.

“Any of those aspects of your life could be impacted, just as it could be with any other condition,” he said.

Anyone looking to schedule an appointment at the Mental Health Center can call 507-377-5440.

“That’s one of the best parts of my job,” he said. “I mean, I get paid to hear people’s stories, and there’s not many people that can say that, and that’s a wonderful thing. I am very privileged to be in the position that I am at. I get to do something I love, and I get to do it all over Iowa and now Minnesota. It’s a good thing.”