A funeral service will be at 10:30 a.m. today, at Open Doors United Methodist Church in Wells. The Rev. Paul Woolverton will officiate. Visitation was from 5 to 7 p.m. Monday at Bruss-Heitner Funeral Home in Wells, and will continue one hour prior to the service at the church on today. Interment will be at Rosehill Cemetery in Wells at a later date. Bruss-Heitner Funeral Home in Wells is assisting the family. To leave an online condolence, visit www.brussheitner.com. 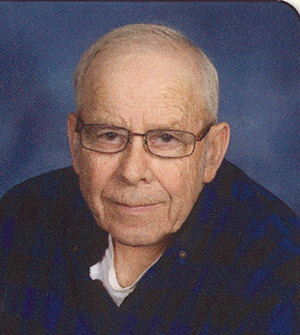 Gerald was born March 19, 1936, the son of William and Mildred (Gaines) Frederick. He grew up in a loving family with his brothers Donald and Larry and sister, Dorothy. Gerald worked at Stampers, Matz’s Fur Farm and then Wilson & Co. for many years.

He was united in marriage to Carmen Burns, and to this union two children were born, Bruce and Julie. The couple later divorced.

Gerald was a gentle and loving man who enjoyed spending time with family and found his special calling by visiting many friends and helping others. He also enjoyed gardening, finding special treasures at garage and estate sales, watching Minnesota sports and caring for his pet dogs. He especially enjoyed being a great-grandpa to Adi, Grace and Aaron.

He is preceded in death by his parents William and Mildred Frederick; daughter, Julie Frederick; brother, Larry and his wife, Joyce Frederick.