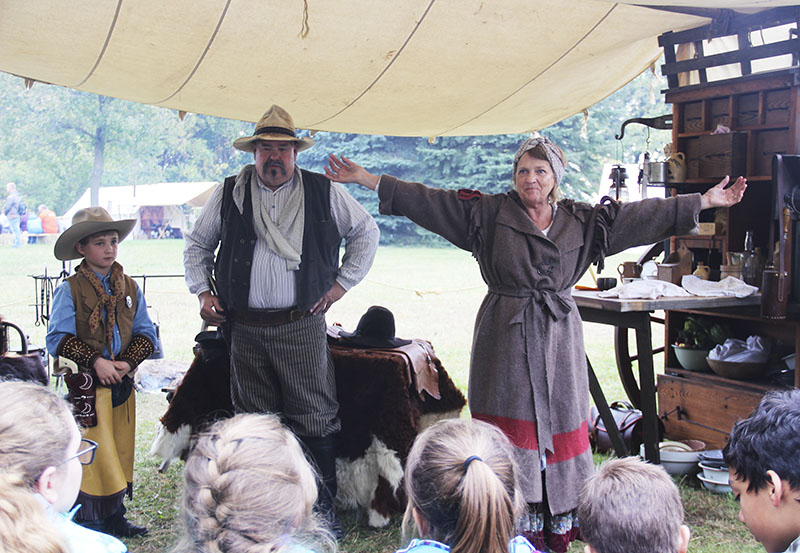 Re-enactors talk to students from Austin Thursday during Education Days at the Big Island Rendezvous and Festival. About 2,800 students from at least 50 schools were expected to attend Thursday and today. Sarah Stultz/Albert Lea Tribune 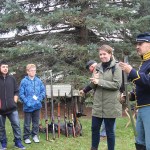 At right, a re-enactor on Thursday explains information about various weapons used during the Civil War period to a group of students from the Minnesota State Academy for the Deaf in Faribault during Education Days of the Big Island Rendezvous and Festival. Sarah Stultz/Albert Lea Tribune 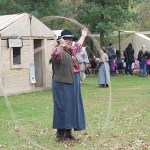 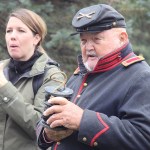 A re-enactor explains what would go into a cannon on a ship during a presentation in 2017 at Education Days of the Big Island Rendezvous and Festival. Sarah Stultz/Albert Lea Tribune 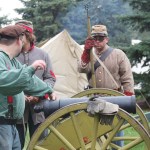 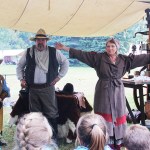 Re-enactors talk to students from Austin Thursday during Education Days at the Big Island Rendezvous and Festival. About 2,800 students from at least 50 schools were expected to attend Thursday and today. Sarah Stultz/Albert Lea Tribune

Children and adults are getting a taste of history this week at the Big Island Rendezvous and Festival.

The festival began Thursday and continues today with Education Days, when about 2,800 students from approximately 50 schools visit the site and view re-enactors such as blacksmiths, woodworkers, farmers, candlemakers, silversmiths, spinners, weavers, hunters and soldiers, among others.

April Kline, a chaperone for Austin Public Schools students, discussed the importance of the event.

“It’s important for the kids to learn about our history in the United States, as well as how rough it was,” she said. “They have it pretty good.”

Kline remembered visiting the Big Island Rendezvous when she was a child, and she said her favorite part of the event is the cannon display.

Jerry Hewitt of Mason City is re-enacting a member of the Confederate Battery at the festival. He said the event allows students to learn more than what they read about in textbooks.

“There’s a lot of things these kids don’t learn,” he said. “It’s good that they have an opportunity to come and actually learn it and get some hands-on look at how soldiers live, the things they had to endure, things like that. I think it’s great that they have this.”

Tickets are $12 for adults, $7 for children ages 6 to 11 and free for children 5 and younger. Family passes to cover everyone in a household can be purchased for $25.

Organizer Perry Vining said it is important students learn their own heritage to understand what their ancestors did to survive.

“People need to learn their own heritage because it’s something to be proud of,” he said.