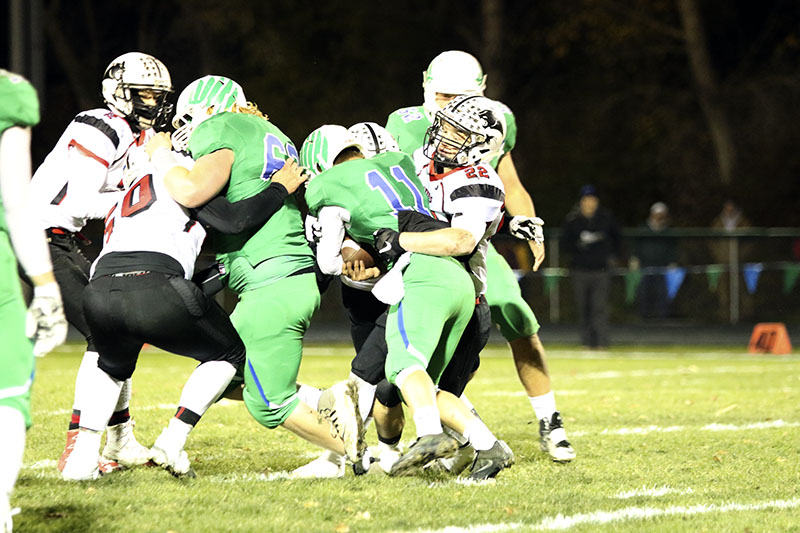 The NRHEG football team came to the end of their season on Saturday night when they traveled to Mapleton for the semifinals of the section 2AA playoffs.

Despite trailing at halftime by just four points, the Panther defense would give up 24 second-half points to the Eagles as they fell, 34-14.

The Panthers got their first points on the board late in the first quarter after a 24-yard touchdown pass from Jake Stork to Cole Staloch.

However, that would be their only touchdown of the half and only score of the game until late in the fourth quarter.

Senior running back Perry Peterson ran the ball for an eight-yard touchdown carry and the ensuing two-point conversion. The score put the Panthers down by 20 points, but there was only four minutes left in the game. The lead proved too much to overcome.

Turnovers would decide the game for NRHEG as they lost the ball four times compared to Maple River’s zero.

NRHEG had 176 total yards of offense, 107 of which came on the ground.