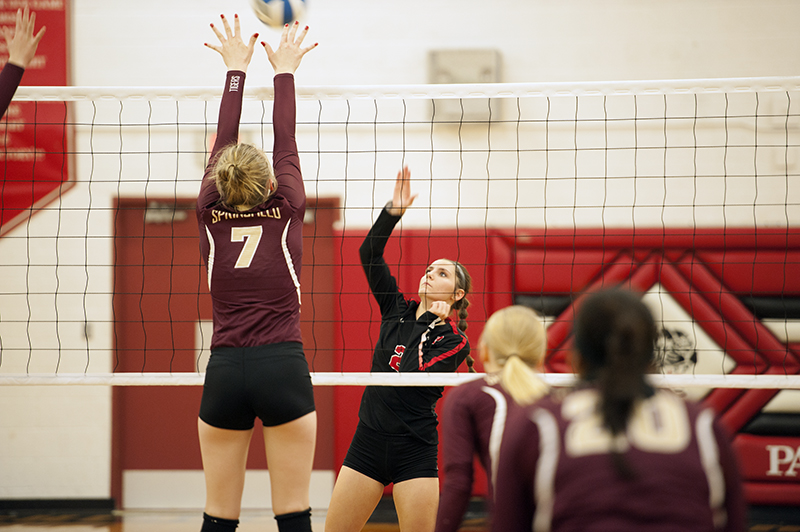 NEW RICHLAND — The NRHEG volleyball team hosted Springfield in the first round of the Section 2A volleyball playoffs Monday night. The Panthers cruised to a dominant victory over the Tigers, 3-0.

NRHEG got started with a bang in the first set, starting off on a 15-2 run. At one point in the set, NRHEG led Springfield by 18 points. The team would go on to win the set handily, 25-8.

In the second set, the Tigers would make it a bit closer. Both teams stayed relatively even with one another until around the 10th point. The Panthers started to pull away from the Tigers as they won the set, 25-15. 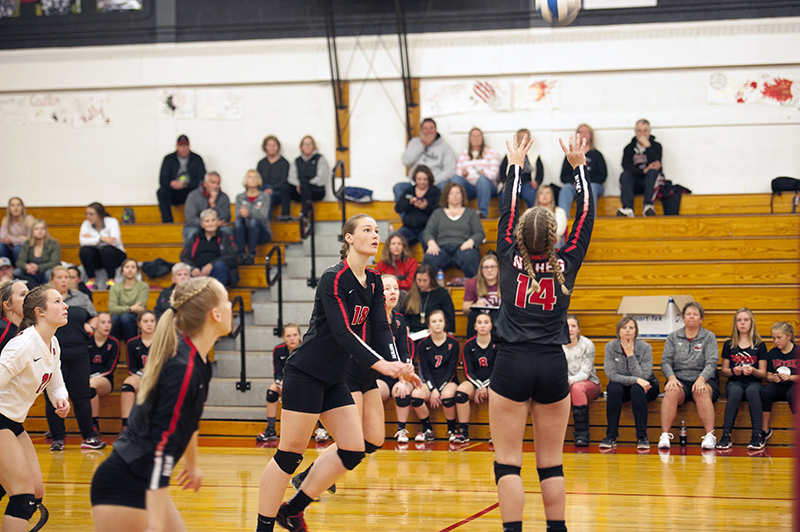 Up two sets to none, the Panthers came out firing on all cylinders in what would be the third and final set. Despite jumping out to a commanding lead, the third set would finish as the closest in terms of score. As the Panthers reached their 20th point, the Tigers were far behind with just six. The Tigers would mount a bit of a rally in the set, reeling off eight straight points. However, it wouldn’t be enough to catch the Panthers, as they ended the set and the match, 25-16.

NRHEG was effective in every aspect of the game on Monday night. Front row work from senior Kelly Harden and juniors Olivia Christopherson and Alexis Anderson was nearly flawless, as they hammered down numerous kills. Working in the back row and picking up multiple digs was junior Sydney Schlinger, and junior Laura Worrell was effective setting the ball up for teammates.

“The girls passed the ball very well tonight, which allowed us to be aggressive hitters across the net,” said head coach Onika Peterson. “It was a great team win for the first round of playoffs … We faced (Alden-Conger) early on in the season and they pulled out a 3-0 win. We get our second chance we wanted against Alden-Conger, so hopefully we go out and play Panther volleyball.”

The Panthers improve to 10-16 on the season and advance to the second round of the Section 2A tournament, where they will meet Alden-Conger in Alden on Thursday night. 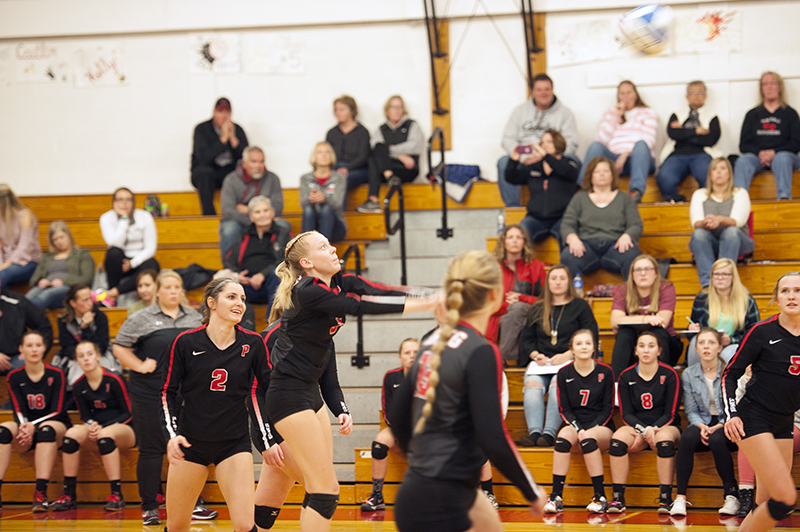 NRHEG junior Laura Worrell hits the ball back across the net Monday night against Springfield. The Panthers advance in the section 2A tournament to take on Alden-Conger on Thursday. – Tyler Julson/Albert Lea Tribune