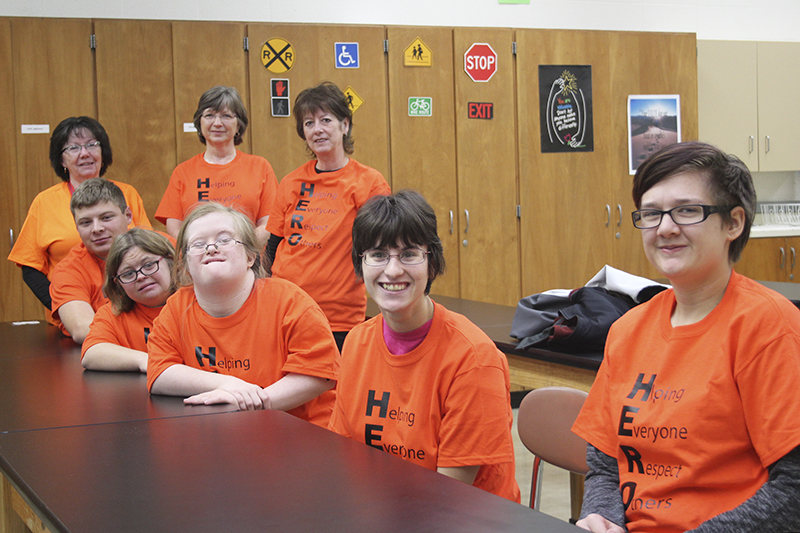 According to statistics cited on PACER’s National Bullying Prevention Center web page, children with disabilities are two to three times more likely to be bullied than their non-disabled peers. This is why students in the 18-21 transitions program for students with disabilities took a monochromatic stand Wednesday, along with other Albert Lea schools.

Transitions program instructor Lori Nelson said she saw a notification about Unity Day in a PACER newsletter. The PACER Center provides training and information for families with children and young people with disabilities. This is the first year Nelson’s students will participate in wearing orange to recognize Unity Day.

“For me, I just, you know, we’ve been talking about bullying in schools for quite a while and I know that all my students have experienced it, and that became apparent when we started talking about it this year,” Nelson said.

Nelson said she did not frequently hear her students speak about being bullied, and that while the students are in Brookside Education Center, they’re not being exposed to the bullying in school they may have seen in earlier years.

Therefore, “it wasn’t always something on our radar to talk about,” she said.

Students in the transitions program focus on learning life skills that further their proficiency at everyday tasks and being members of the workforce.

“We’re a little isolated here, so anything like that during the school day, I don’t think it would be happening in this setting,” she said.

Each of the five students in Nelson’s 18-21 transitions program class Tuesday morning all said they remember being bullied.

Student Ayla Mitchell remembered having bricks tossed at her by a neighbor.

“I got laughed at a lot,” Mitchell said. Her response? 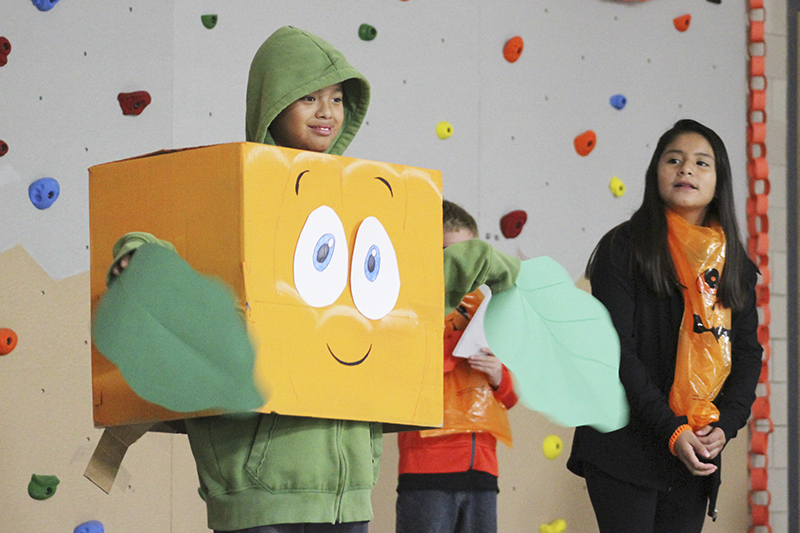 Alex Teran celebrates being praised by the farmer for being able to save the other pumpkins because of his unique shape. – Sarah Kocher/Albert Lea Tribune

Mitchell said she hoped the students’ orange-out would encourage other people to speak out against bullying.

“Take this stuff serious(ly),” she said.

For Nelson, Unity Day is as much about bullying prevention as it is about respect. A need for respect is something that resonates with her students, Nelson said.

“Hopefully, (participating in Unity Day) is giving them an understanding that we should respect everyone,” Nelson said. “I think using the word respect might have more meaning to them than the word bully.”

Student Cameron Schultz was involved in presenting an orange shirt to Albert Lea Mayor Vern Rasmussen Jr., and he, his parents and his sister all attended the Albert Lea City Council meeting Monday night, where Rasmussen signed a proclamation about bullying prevention in Albert Lea. Schultz said it was great to know his parents support Unity Day, too.

The shirt presented to Rasmussen is the same one transitions program members wore Wednesday: a fluorescent orange with the word “HERO” written vertically as an acrostic down the front. The acrostic says, “Helping Everyone Respect Others.”

Nelson said the class chose the shirt design off Pinterest because they liked it, but also because student Sarah Thompson uses the word a lot.

“It makes me feel happy and safe,” Thompson said.

Nelson, who watches the way the community treats her own son after a car accident changed his abilities, said she sees the community making some progress.

“I think our society is better with acceptance of those with a disability, but I think there’s a ways to go,” Nelson said.

Students at Halverson Elementary School also celebrated Unity Day Wednesday. A group of fifth-graders presented a skit about Spookly the pumpkin, whose square shape means he is bullied until he proves his usefulness by rescuing the other pumpkins one night.

Fifth-grader Tony Titus said the school made orange paper chains and wrote on each chain something people can tell bullies or ways to prevent bullying. The chains decorated the gym where the school assembled to watch the skit. Titus said the students had been talking about bullying all October.

“I think it’s actually been working,” Titus said. The fifth-graders also participated in a kindness retreat last week that Halverson Principal Johanna Thomas said helps students realize what they can do for themselves and how to deal with difficult situations.

Alex Teran, the fifth-grader who played Spookly the square pumpkin, said Wednesday’s skit taught him not to make fun of people who are different.

“Just because somebody else is different doesn’t mean anything,” Teran said. “It’s more of how you are than how you look.”

Over at Brookside, Maloney and Nelson talked about what unity meant. It means you’re united, Nelson said. Schultz put it another way.

“It means you’re together,” he said. 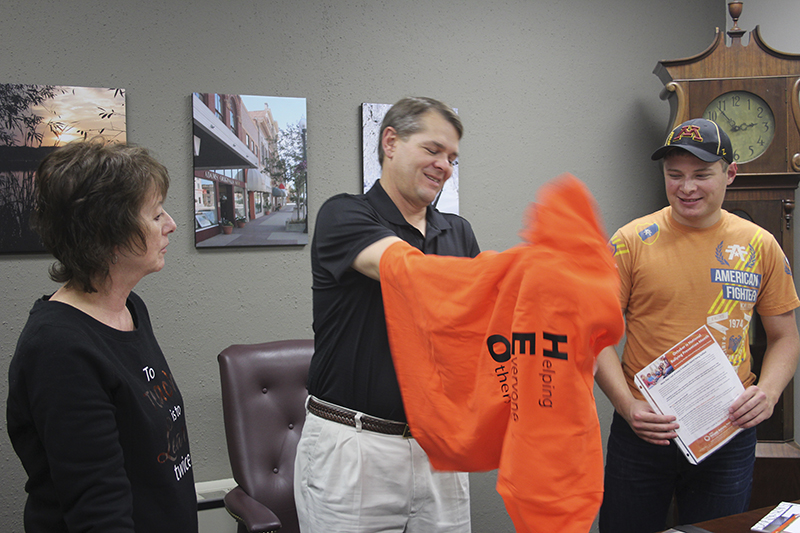 Mayor Vern Rasmussen puts on the T-shirt presented by Cameron Schultz and Lori Nelson in preparation for Unity Day. The transitions program presented the shirt to the mayor on Oct. 18 and asked him to sign a proclamation about bullying prevention at Monday’s Albert Lea City Council meeting. – Sarah Kocher/Albert Lea Tribune