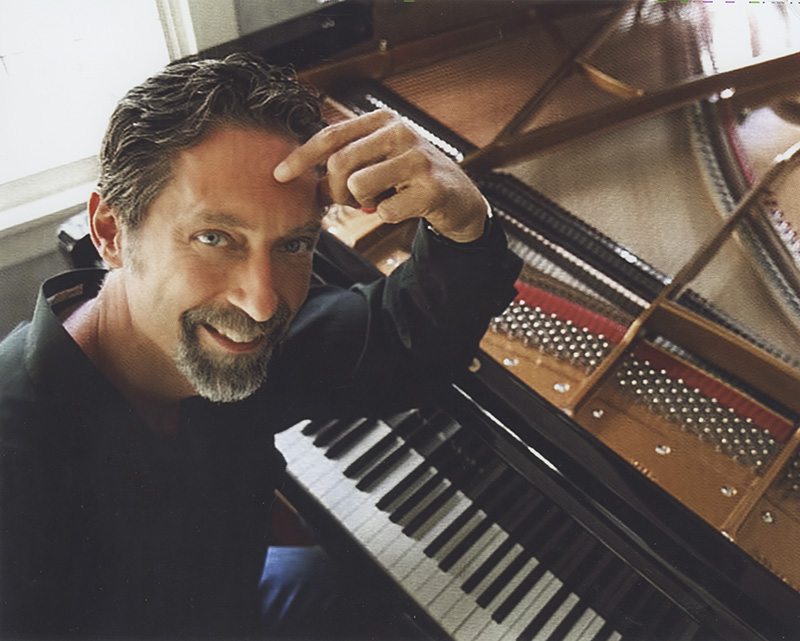 Albert Lea community members who attend “Main Street Souvenirs” on Thursday may be surprised to recognize more of the performance than the names Scott Joplin and John Philip Sousa. They may also see a few places they know on a slideshow.

“They see their own town, their own people and their own history as the first chapter of the show,” composer, artist and pianist Scott Kirby said. The day of his performance, Kirby will explore Albert Lea and take pictures that will later appear in his performance.

Kirby will bring “Main Street Souvenirs” to Albert Lea as part of a six-week tour inspired by small-town America. The show is divided in half. The first half focuses on the American small-town experience, while the second explores Kirby’s appreciation for the Great Plains.

“‘Main Street Souvenirs’ was born in a very organic way,” Kirby said by email. “My love of American music, my small-town roots, my deep feelings for the Great Plains, which is the subject of my art and many compositions, all of these things fit together quite naturally.”

Kirby said the first portion of the show focuses around the idea of Main Street.

In addition to piano performances of both other composers and 28 of Kirby’s own compositions, the show features 75 of Kirby’s paintings as well as literary excerpts and narrative works.

“It’s going to be a multimedia event, and there’s a story of our country and our history that is woven in with the music he is playing and has written and will talk about,” Civic Music Association board member Sue Jorgensen said. Jorgensen said Kirby was chosen by the Civic Music Association board in an effort to balance the season and bring talent the community would appreciate.

Board chairman David Vaagen the performance would resonate with the audience.

“I think it should be something everyone in the audience can relate to having lived in southern Minnesota,” Vaagen said.

Additionally, he said the show would be a change from the usual concert format the Civic Music Association has hosted.

Although the show is multimedia in completion, it was not in its conception.

“The pieces were written before I even knew how to paint,” Kirby said. “They were written, they were composed in a very visual way, but I wasn’t painting at the time. The music suggested it, it suggested imagery, but I didn’t have images to go with it.”

Nonetheless, while he doesn’t compose or paint with an intention to match it, it “just works out that way.”

“The music and the art complement each other,” Kirby said. “They work together.”

While Albert Lea may be featured in the first half of the show, Kirby’s paintings are featured more heavily in the second in a move that Kirby said is more active in drawing the audience into the experience. But it will be a different visual on stage in more than one way.

“I play in the dark during the second half,” Kirby said. “… I don’t want people to look at me and say, ‘Oh, there’s a pianist on stage performing.’”

While the first half of the show will feature some ragtime, a style Kirby has worked with frequently in his years playing piano, the audience can expect anything but that in his own compositions. Kirby said he is more influenced by romantic and impressionist composers.

“It’s very much in the rural romantic vein,” Kirby said of his own compositions for the show.

According to Jorgensen, the multimedia nature of the show has the potential to please the audiences’ senses.

“It should be very interesting and engage people’s imagination,” she said.

“I hope audiences take away a feeling of deep connectedness to their communities, a new view of the prairie and a feeling of fulfillment for an intimate concert experience,” he said.

“I care about these places,” Kirby said. “I’m not just passing through getting a paycheck. The project is about small-town America, so when I go to small towns, it’s a symbiotic relationship. I feed off of that, but they also get fed.”

How much: $45 for an adult Civic Music Association season ticket, which includes this performance. Tickets can be purchased by filling out or mailing in a contact form at http://www.albertleacivicmusic.com/civic-music-tickets