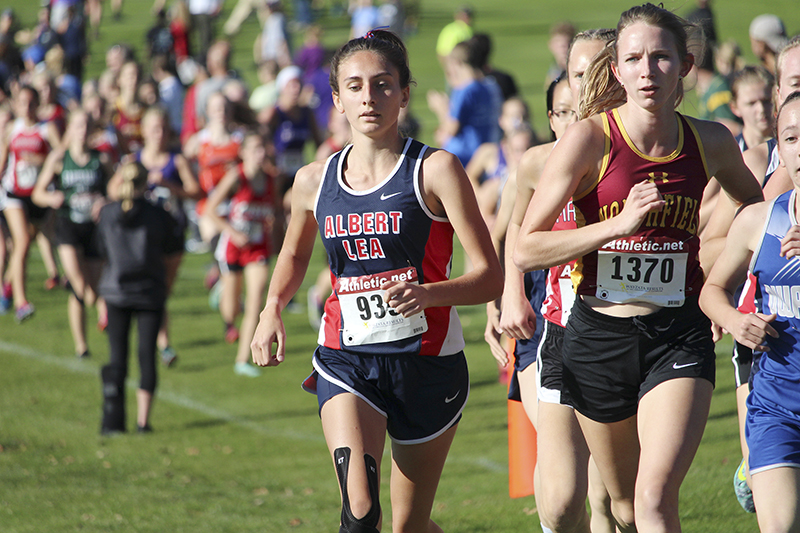 Albert Lea senior Autumn Muilenburg runs during the conference meet in Owatonna on Tuesday. She finished in fifth place with a time of 19:38.8, earning an All-Conference honor. - Alissa Sauer/For the Albert Lea Tribune

With less than one week to go until the section 1AA tournament, the Albert Lea cross country team is putting in work to try and pull away from the pack.

While the boys’ team is fairly young, head coach Jim Haney has hopes of the team finishing in the top half of teams on Thursday.

“My core group of boys are relatively young,” he said. “Grant Herfindahl, Travis Jensen, Aaron Bauers, Jens Lang, Sonny Ortega-Roseli and Leo Olveda have been working all summer long and are running their best times right now. They’re just a spectacular group of kids that get what cross country is all about.”

Haney said each runner in the group has everything it takes to be a great cross country runner. They each have determination, drive, intuitiveness and ability to handle adversity.

Of the aforementioned boys, the only senior of the group is Lange, which has coach Haney very excited about the future of this program.

“I have a series of underclassmen that are coming on,” Haney said. “My seventh- and eighth-graders are coming off a great season. They’re only going to grow and get stronger, so they’re going to help those kids that are sophomores and juniors when they move up to the varsity level. I’m very, very excited about what’s happening with the program.”

On the girls’ side, the numbers are a little slimmer, but they have much of the same goals, nonetheless. They are led by senior Autumn Muilenburg, who has consistently placed in the top five in meets throughout the season. As a state qualifier in 2016, Muilenburg has already taken fifth place and earned All-Conference at the Big Nine Conference meet on Tuesday. However, Haney said she’s not stopping there. He hopes she can not only qualify for the state meet, but also compete for a top spot.

Not only is Muilenburg an asset for the team on the course, but also as a senior leader. Haney said younger girls not only look up to her, but also push her to be better by challenging her. Haney talked about what it’s like for him to have someone like Muilenburg on the team.

“It puts my mind at ease,” he said. “She knows exactly what she needs to do. She’s very coachable and she makes my younger kids better runners. She’s just one of those spectacular kids that you get an opportunity to work with.”

The Tigers will compete at the Section 1AA tournament on Thursday in Owatonna. The top two teams as well as the top eight individuals not already on a top-two team will earn spots at the state meet in November.

“I’m excited for the section meet,” Haney said. “A lot of these kids are running their personal bests right now. They’re fired up for their last shot to get their personal and season goals.” 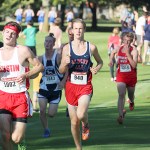 Albert Lea freshman Aaron Bauers participates in the conference meet in Owatonna on Tuesday. He finished in 36th place with a time of 17:51.8. – Alissa Sauer/For the Albert Lea Tribune 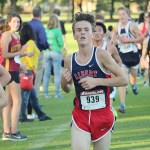 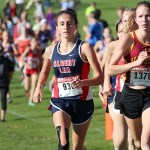 Albert Lea senior Autumn Muilenburg runs during the conference meet in Owatonna on Tuesday. She finished in fifth place with a time of 19:38.8, earning an All-Conference honor. – Alissa Sauer/For the Albert Lea Tribune 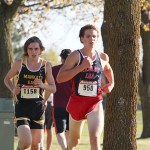 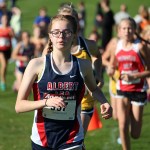 Albert Lea freshman Abby Thompson took 39th place with a time of 21:41.2 at the confernce meet in Owatonna on Tuesday. – Alissa Sauer/For the Albert Lea Tribune