Tigers on to the next round 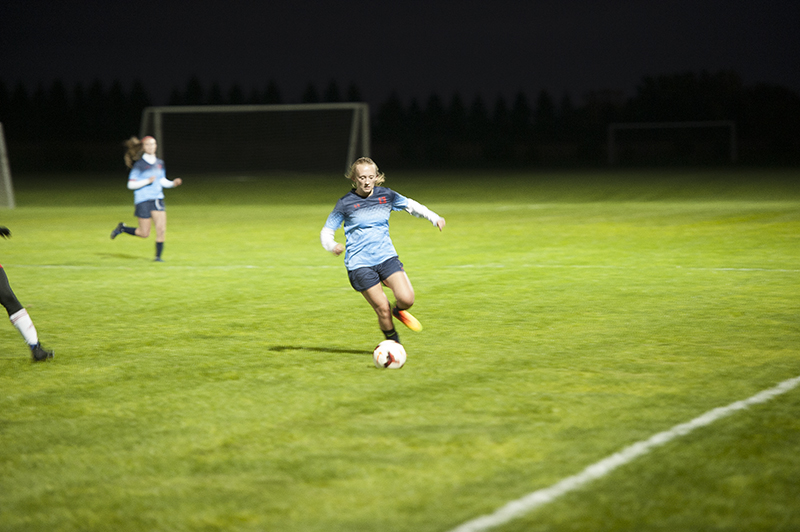 The Albert Lea girls’ soccer team prevailed to win and advance to the second round of sections Tuesday night against Fairmont. Despite trailing by one in the second half, the Tigers came back to beat the Cardinals in penalty kicks, 4-3.

The entire first half of the match was back and forth between the two teams. Neither the Tigers nor the Cardinals could put the ball into a good enough position to get themselves onto the scoreboard. The closest anyone got to a goal in the first half was when Rachel Rehnelt just missed sneaking the ball into the net as the last seconds were ticking away. The match was scoreless heading into the halftime break. 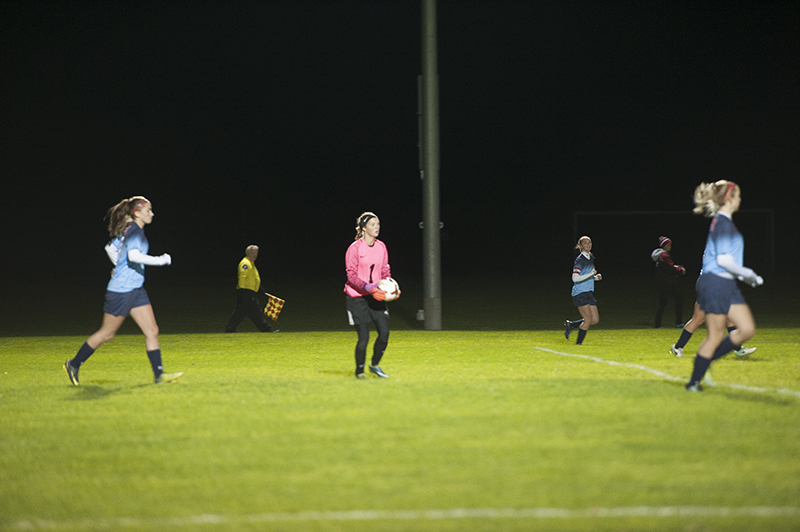 Albert Lea sophomore Melissa Vogt kicks the ball away after one of her many saves throughout the night. The Tigers went on to beat the Cardinals 4-3 in penalty kicks, they advance to the second round on Saturday. – Tyler Julson/Albert Lea Tribune

Around 10 minutes into the second half, the Tigers were dealt a crushing blow when the Cardinals scored on a breakaway goal. They found themselves down by one goal with 30 minutes left to play.

The deficit didn’t last long, however, as only a couple minutes later freshman Jacy Rosas put a goal into the back of the net for the Tigers to even the score back at one each.

The rest of the half was filled with quality play and a few great saves by sophomore goalkeeper Melissa Vogt. Despite many close calls, neither team was able to score and put the game away.

After two uneventful overtime periods, the match would now be decided by penalty kicks. After Turena Schultz and Rehnelt made their shots, the third attempt for the Cardinals sailed left of the net and put the Tigers in great position. Rosas then made her attempt to put the Tigers up 3-1. A huge save from Vogt was followed by a penalty kick from Ella Zelenak, and the Tigers sealed the victory and a ticket to the second round of sections.

Albert Lea advances to take on Northfield on Saturday.