‘You open the shop here, and they will come’ 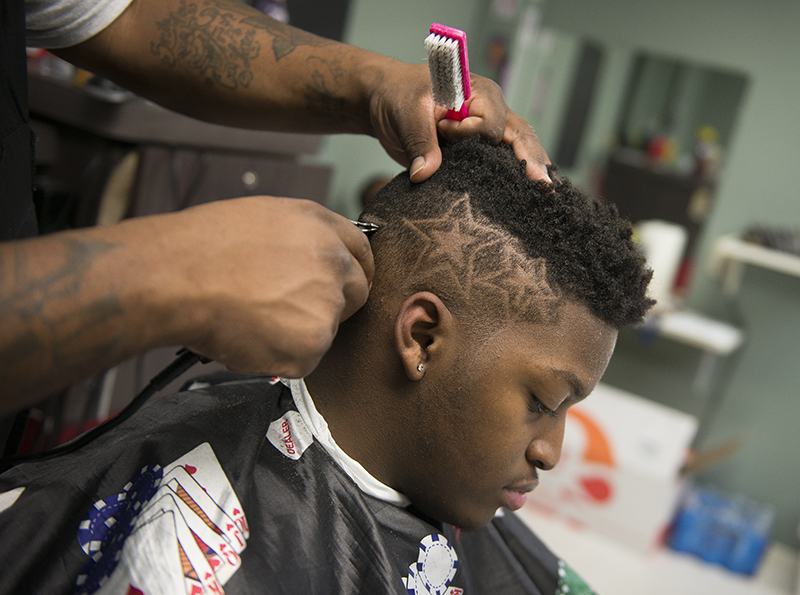 Devin Dildy gets his hair cut by his father, Ra Dildy, on Tuesday. Ra Dildy opened his own barbershop in Albert Lea about two weeks ago. - Colleen Harrison/Albert Lea Tribune

An Albert Lea man has turned his talent and passion for cutting hair into opening a new barbershop.

A Chicago native, Dildy, 35, has lived in Minnesota for about nine years, residing in Albert Lea for 4 1/2 years.

Prior to opening the barbershop, Dildy noticed customers at a previous barbershop he worked were traveling long distances to have him cut their hair. 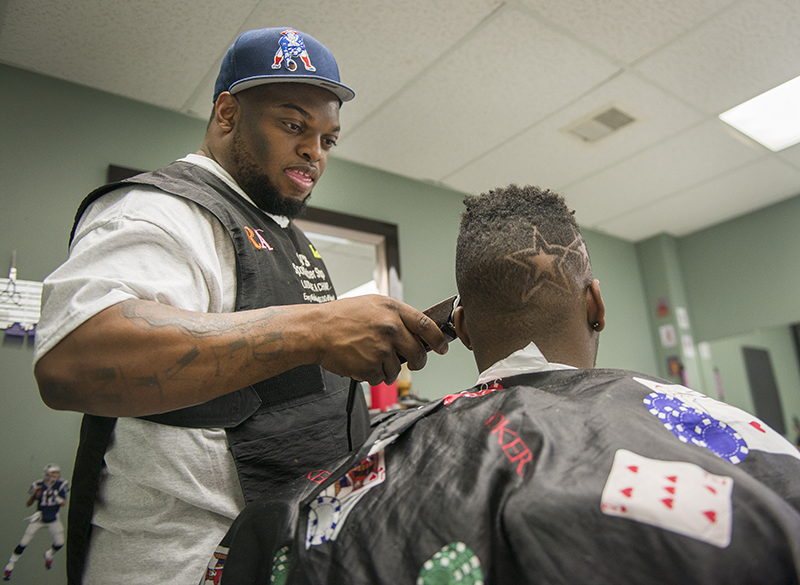 “Before I got here, I was cutting in Mankato, and I was having a lot of customers who were saying they were from here, in Austin and the surrounding areas,” he said. “So, I decided, ‘You know what, I am just going to make it easier and cut in Albert Lea so they don’t have to make that ride.’”

While in his previous position, Dildy traveled to different places on his off days in Albert Lea to cut hair. 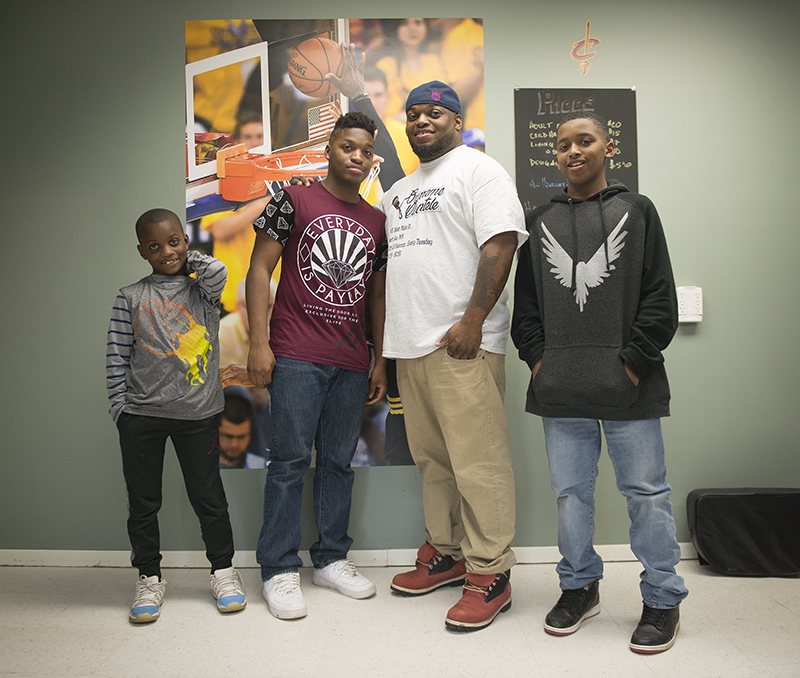 Dildy poses for a portrait with his sons D’Angelo, Devin and Emmanuel. – Colleen Harrison/Albert Lea Tribune

Ra’s Supreme Clientele is open from 11 a.m. to 5 p.m. Sundays, and from 10 a.m. to 7 p.m. Tuesdays, Wednesdays, Fridays and Saturdays. The barbershop is closed Mondays and Thursdays.

Dildy, who attended DePaul University, earned a degree in secondary education. He became aware that he did not want to teach while serving as a teaching assistant, and he had experience cutting hair in college to make ends meet.

“Once I became a barber, I just loved it,” he said.

Dildy enjoys interacting with customers and discusses sports and other topics with people who are getting their hair cut.

“It’s just one of those things where no matter where you live and where you go, the conversation and the environment of the barbershop is still the same.” 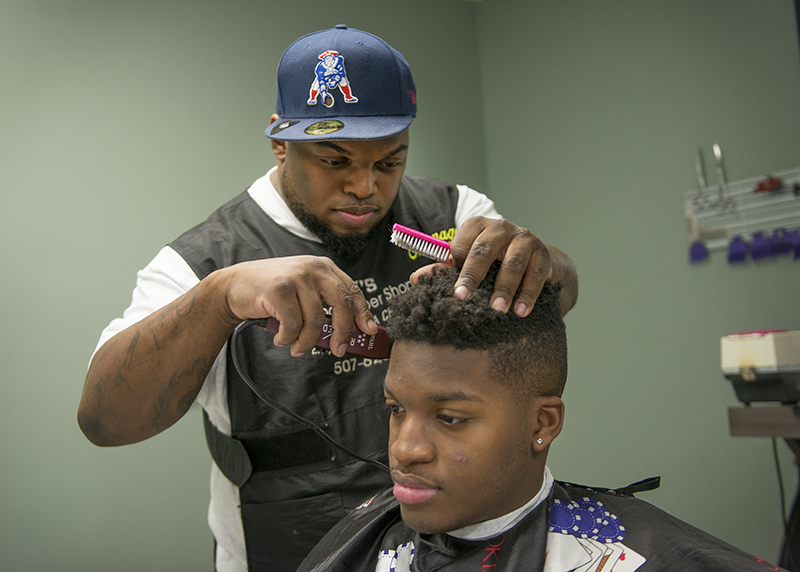 Dildy called cutting hair “the best job in the world.”

“I enjoy the people I meet, I enjoy the conversation I have, I enjoy giving haircuts,” he said. “(There’s) not a part of it I don’t like.”

Dildy said he enjoys that his job allows him to be around his children and socialize with other people.

“If I had a lifestyle where I didn’t need money and could do this for free, I absolutely would,” he said.

Dildy said the first six months he is in business will determine the direction he takes. If his business is too busy for him to be the sole operator of the business, he plans to hire a barber, and he would like to open a second location in Austin.

Dildy wants his business to motivate people to have their hair cut in Albert Lea.

“I want to make it so that people here can say, ‘I get my hair cut in Albert Lea,’” he said. “I don’t want them to be like, ‘I’ve got to drive to the Cities.’ I’ve heard conversations before I got this job, where people (were) trying to explain where to go in the Cities to get a haircut and which street.

“I like it now that people are saying, ‘I get it cut in Albert Lea.’ And when you leave, say, ‘It’s the best haircut I’ve ever gotten,’ then mission accomplished on my side. I did exactly what I wanted to do and we’re both happy. I love hearing that.” 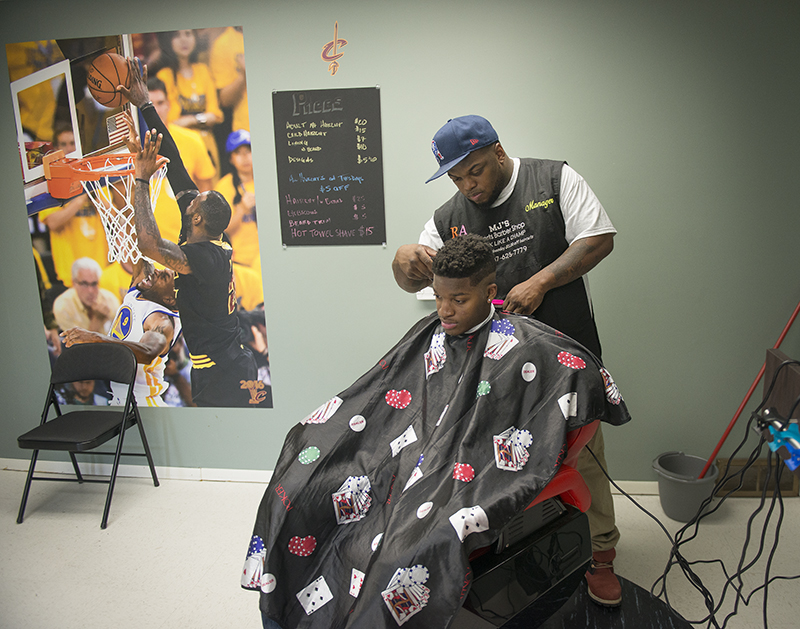 Dildy is major sports fan, and has a blown up picture of LeBron James’ “the block” from the Cleveland Cavliers’ 2016 NBA Finals Game 7 win over the Golden State Warriors on a wall in his barbershop. – Colleen Harrison/Albert Lea Tribune