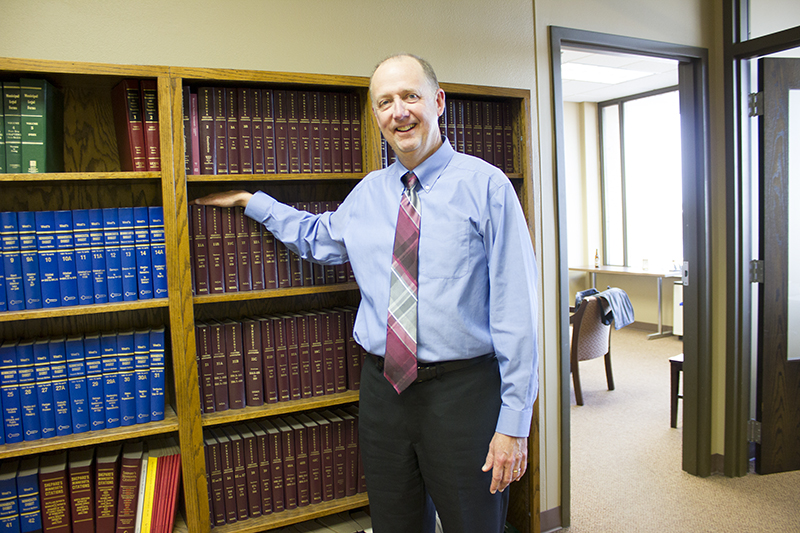 He provided advice to the Albert Lea City Council, City Manager Chad Adams and city employees and tackled other issues, such as addressing dilapidated housing and vehicle forfeiture cases, and he has attempted to secure a development agreement for the Freeborn National Bank building and Jacobson Apartments.

Bjorndal said he is “proud” to work in public safety and during his tenure, the City Attorney’s Office worked approximately 1,400 to 1,500 cases per year.

Bjorndal plans to take time off work and travel to Chile where his son, William, is a teacher. He expects to continue to live in the city of Austin and practice law.

An Iowa City, Iowa, native, Bjorndal attended the University of Iowa and earned his law degree from Hamline University School of Law. He was a lawyer in private practice for about 16 years, where he represented several small towns as a city attorney.

Bjorndal said it has been an “honor” to represent the city of Albert Lea.

“It’s been a great privilege, really, and it’s been a great opportunity,” he said. “I think Albert Lea is a great community. It’s been fun to get involved in various aspects of life in a community that you normally wouldn’t be.”

Bjorndal is involved in the Austin community and enjoys exercising, riding bike, sports and reading, and he teaches guitar lessons.

Lawyer Kelly Dawn Martinez will serve as interim city attorney as Albert Lea looks to find Bjorndal’s permanent replacement. Applications are expected to be accepted until the end of the year.

“I feel really good about it, and I think the city is in a very good place right now,” Bjorndal said. “The management is in good shape. We have a great council, and there are certainly some challenges that are going on right now, but I feel like we’ve done a nice job in getting our ordinances, getting our procedures for working with the different departments in good shape, so I feel really good about leaving at a point like this.

“I think things are in good place.”