A yearly tradition lives on 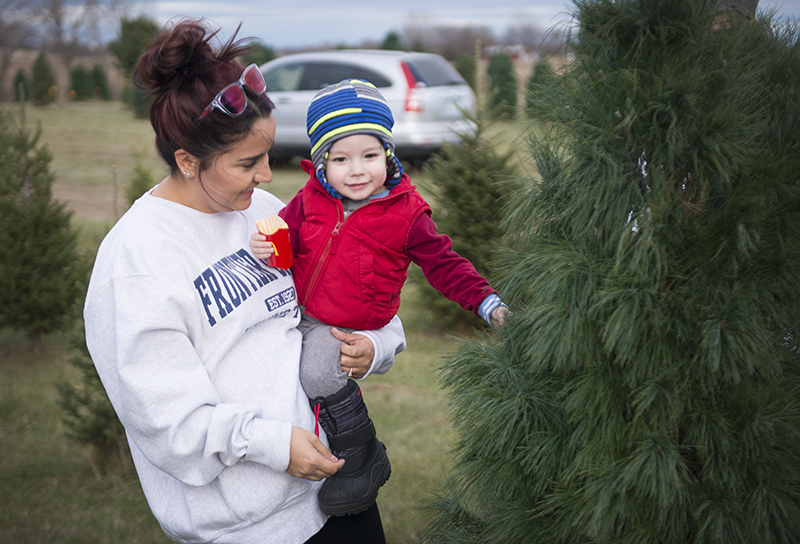 Owen Schumaker and his mom, Ellie, check out a tree Friday at The Evergreens Christmas tree farm. The farm is hosting a grand opening event this weekend, which started Friday and continues through Sunday. - Colleen Harrison/Albert Lea Tribune

CLARKS GROVE — A longstanding tradition of selecting and cutting down a Christmas tree in Freeborn County continued Friday with the opening of The Evergreens, formerly known as Budd’s Christmas Tree Farm.

John and Jamie Tenneson took over the tree farm from Paul and Val Budd, who opened the farm in the early 1980s.

John Tenneson said prior to the Budds’ ownership, the property had been owned by his great-grandparents in 1943 and then his grandparents. His father lost the property in 1972, after which the Budds purchased it in 1977 and turned it into a tree farm. 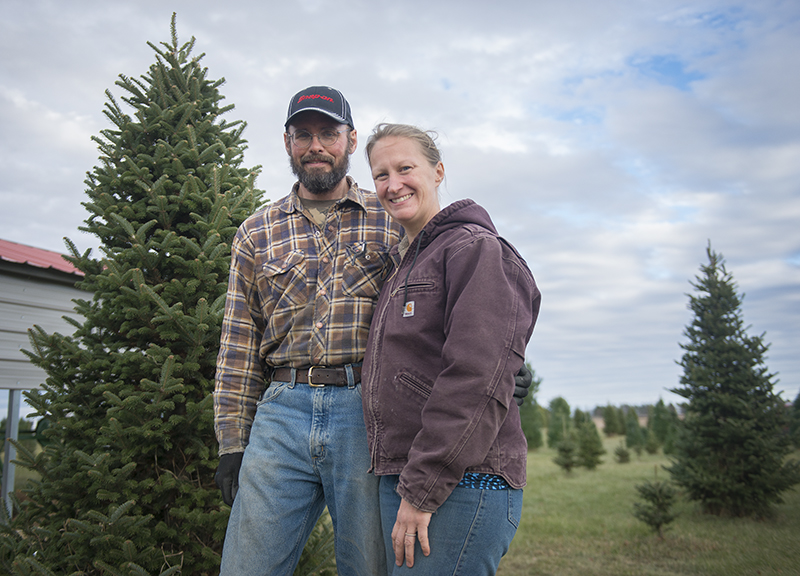 John and Jaime Tenneson bought what used to be Budd’s Christmas Tree Farm in Clarks Grove and changed the name to The Evergreens. – Colleen Harrison/Albert Lea Tribune

Jamie Tenneson said the Budds approached her and her husband about taking over the farm, and at first she and her husband questioned whether they could do it because it did not have a house on the property. They have since, however, converted a shed on the property into the family’s home and dived headfirst into figuring out the ins and outs of running the farm.

The Tennesons, who have seven boys ranging in age from 1 to 13, have been busy mowing, cutting down weeds and trimming trees. 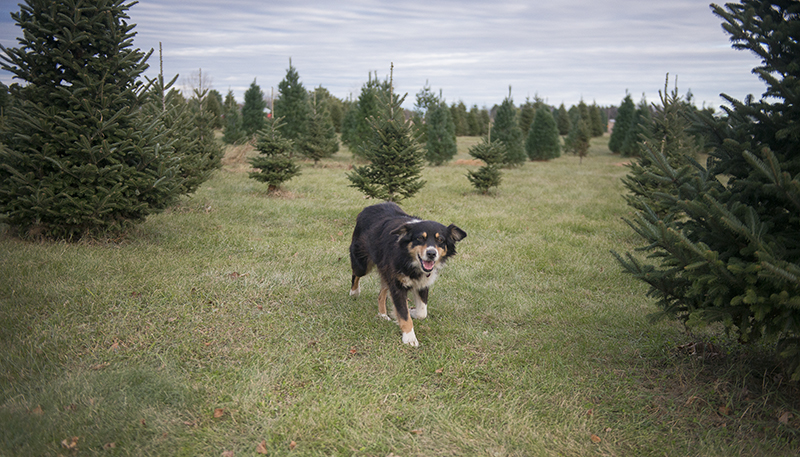 The Tennesons’ dog, Tess, was on hand to greet people cutting down their Christmas trees on Friday. – Colleen Harrison/Albert Lea Tribune

Jamie Tenneson said her boys have enjoyed their time there so far, building forts and tree houses and the older ones helping out with the chores. 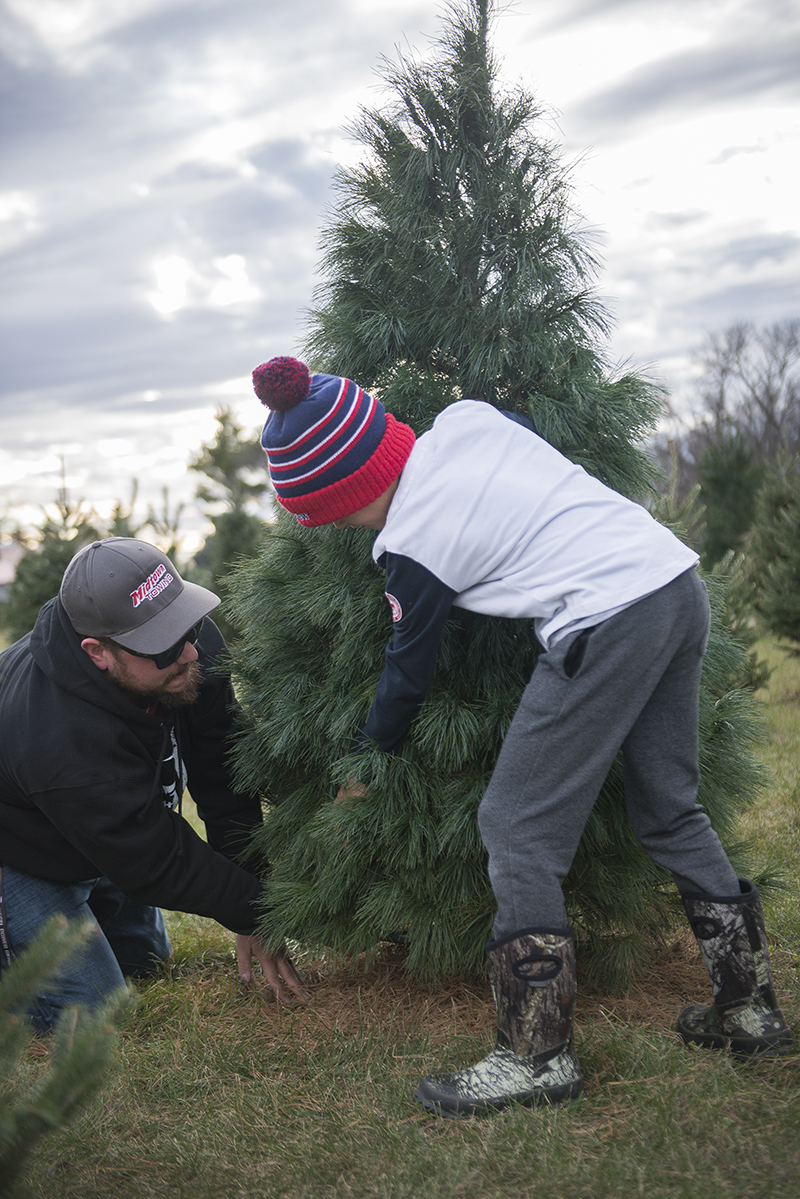 Garret Schumaker cuts down his family’s Christmas tree with help from his son, Landon, on Friday at The Evergreens. – Colleen Harrison/Albert Lea Tribune

She said the family would like to plant many trees in the upcoming years so that the farm has around 10,000 to 15,000 trees growing at any given time. Presently, there are about 4,000, and she said the next few years might be a little low on trees for customers because new trees had not been planted for the past few years.

On Friday, the tree farm was buzzing with activity, and the Tennesons had refreshments to offer people as well as horse-drawn wagon rides and train rides for children. 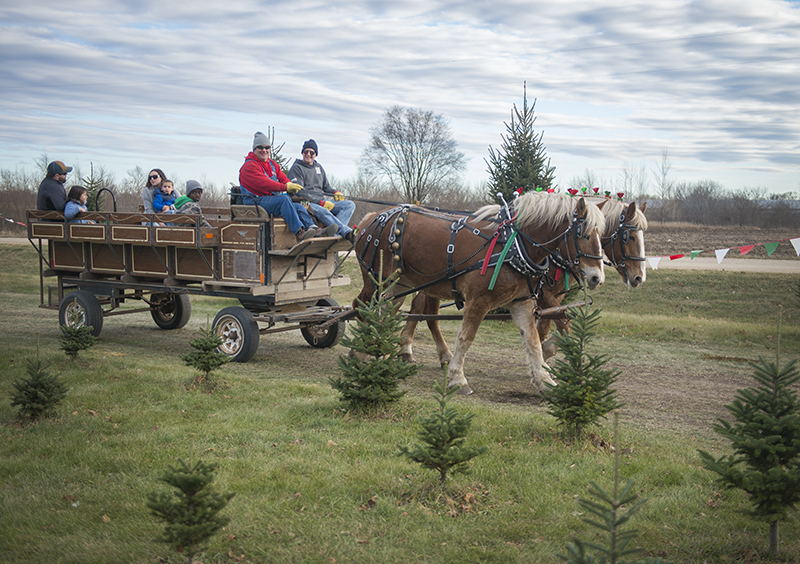 Horse-drawn wagon rides were available Friday and will be again Saturday at The Evergreens as a part of the Christmas tree farm’s opening weekend. – Colleen Harrison/Albert Lea Tribune

The Evergreens also sells fresh wreaths and other holiday decor.

Ellie Schumaker and her husband, Garret, and sons Owen, 1, and Landon, 9, were one of several families on the hunt for the perfect Christmas tree Friday afternoon. 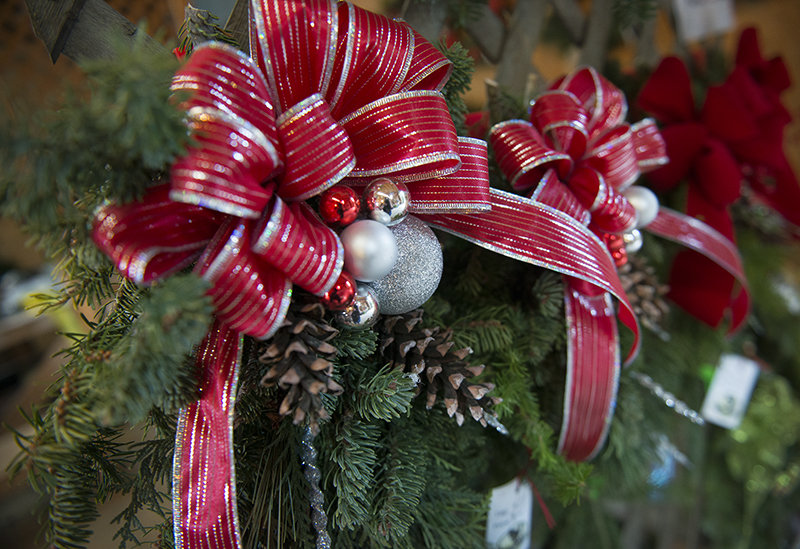 Ellie Schumaker said she remembers coming to Budd’s Tree Farm when she was growing up, and she and her husband had been coming for the past three years.

She said they like to come the day after Thanksgiving as long as they don’t have another obligation.

Their criteria included a tree that was “really green, really pretty” and had soft needles. 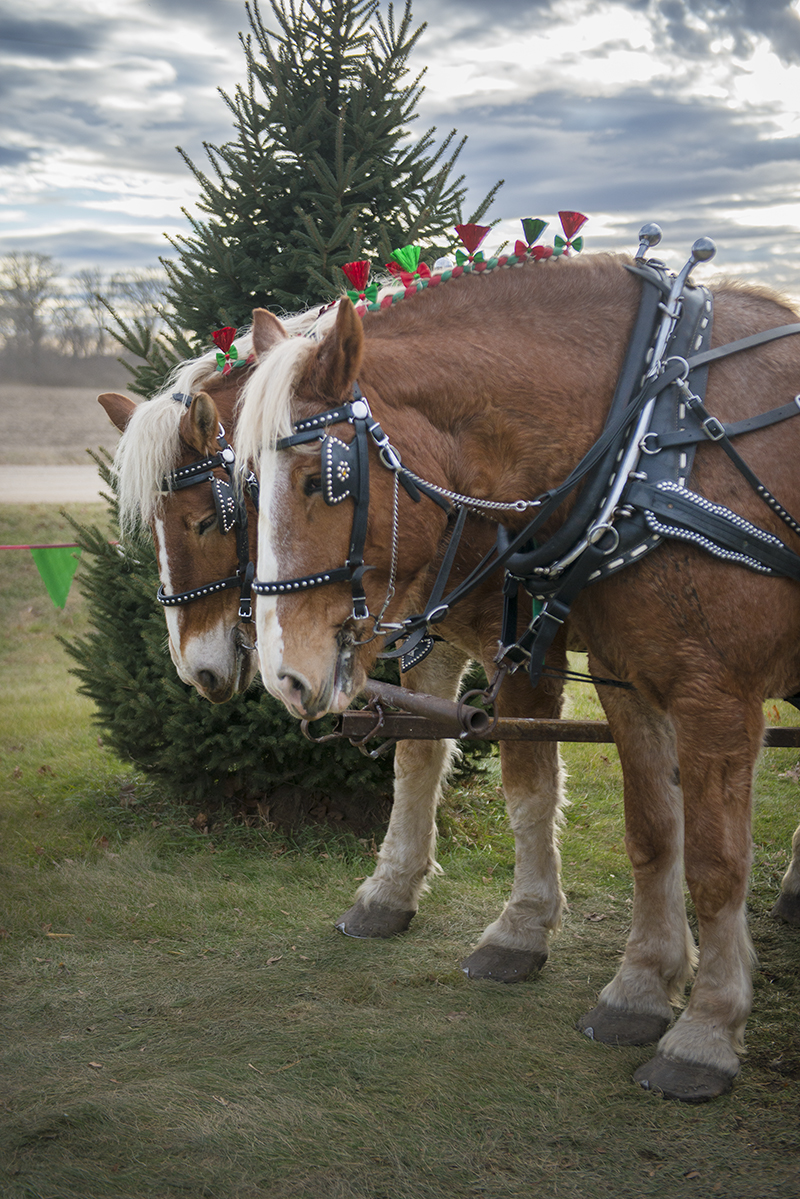 Horse-drawn wagon rides were available Friday and will be again Saturday at The Evergreens as a part of the Christmas tree farm’s opening weekend. Colleen Harrison/Albert Lea Tribune

The family found their tree to cut down after about five minutes.

It is open from 9 a.m. to 4 p.m. Fridays through Sundays. Families who would like to come another day are encouraged to call ahead. 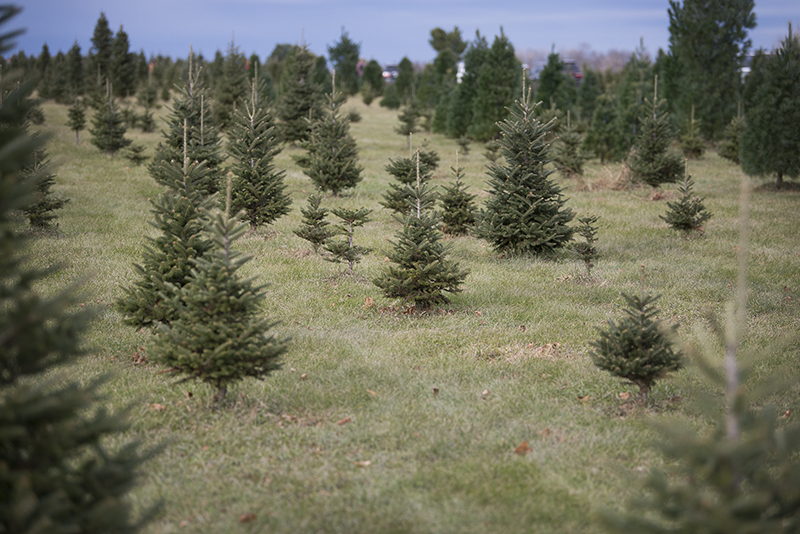