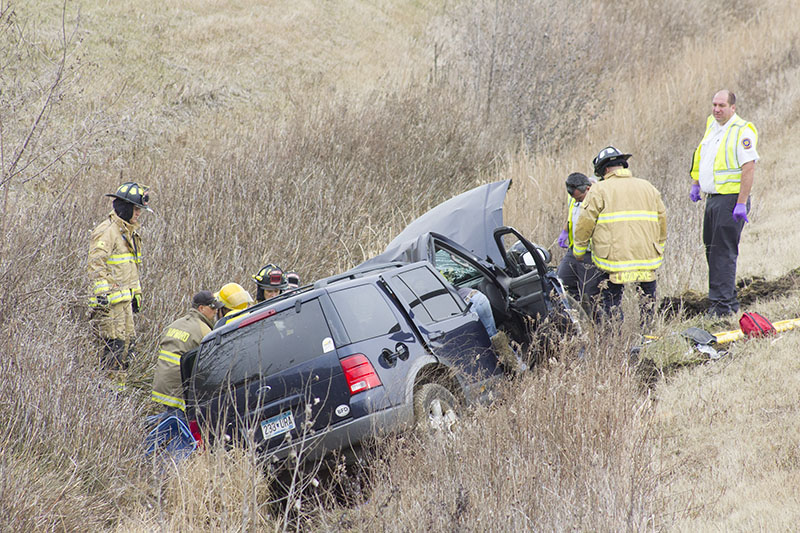 First responders work at the scene of a crash Tuesday near Hayward that injured at least one person. - Sam Wilmes/Albert Lea Tribune

HAYWARD — A Lake Crystal woman was injured Tuesday in a crash near Hayward.

Elizabeth Joy Sand, 60, was taken to Mayo Clinic Health System in Albert Lea by Gold Cross Ambulance with at least one injury deemed not life-threatening.

Sand was driving a 2003 Ford Explorer east on Interstate 90 when she took the exit ramp off the interstate, crossed Freeborn County Road 26 and crashed into a ditch at about 10:30 a.m., according to the Minnesota State Patrol.

Sand was wearing her seat belt, and alcohol was not a factor in the crash, the report states. 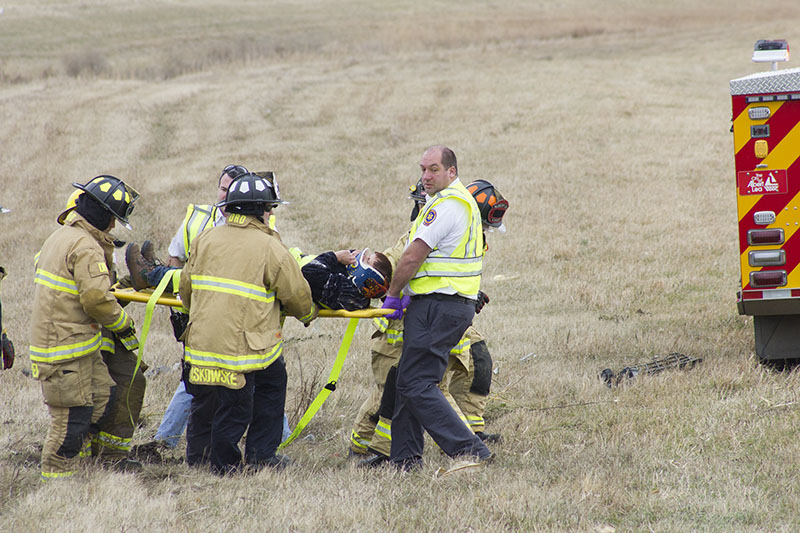 A woman injured in the Tuesday crash is taken by stretcher to an ambulance. – Sam Wilmes/Albert Lea Tribune

Two Albert Lea women were injured Thursday in a crash.

Brian McCune, 50, of Albert Lea was driving a 2003 GMC Sierra when he failed to yield for a 2006 Buick Lucerne driven by Josiah Hall, 22, of Albert Lea, which was trying to make a left turn onto Fourth Avenue, according to Albert Lea police.

McCune reportedly began to turn his vehicle before the intersection was clear.

Price and Morris were passengers in Hall’s vehicle.

The accident was reported to police at 1:31 p.m. Thursday at the intersection of West Ninth Street and South Fourth Avenue.