Bringing some slapstick laughs to the stage 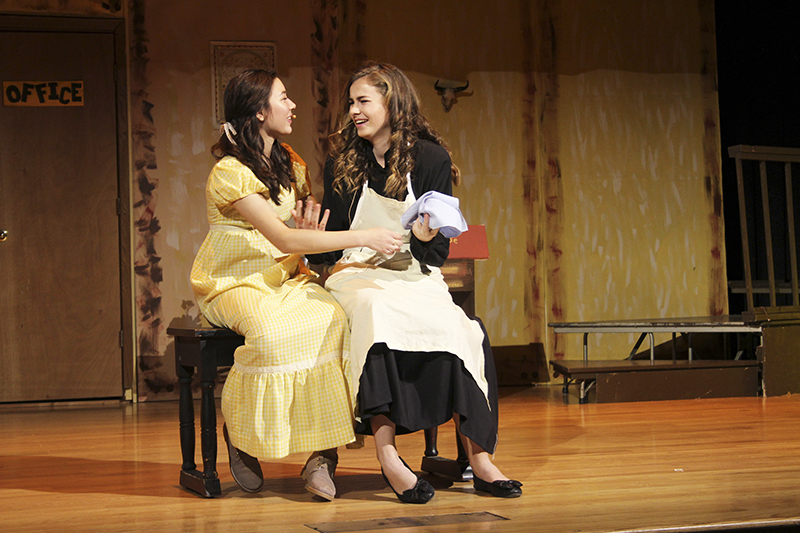 ALDEN — It’s slightly slapstick, partly punny and peppered with colorful characters, and it’s for those three reasons that the Alden-Conger play director chose the school’s current fall play, “Is There a Doctor in the House?”

“It’s a comedy, and it has some physical comedy in it, and our audiences seem to be drawn to funny action,” director Ada Theusch said.

Additionally, Theusch said she knew the cast was up for it.

“We have a talented group of seniors this year, and I knew they could pull off that kind of physical humor,” she said.

“Is There a Doctor in the House?” follows Lucy Canary, whose father, the mayor, tells her to marry Otis Lackginger. Lucy, however, is in love with someone else. When the time comes to exchange her vows with Otis, Lucy somehow loses her voice. Wacky doctors parade in and out as the cast searches to find a solution to Lucy’s sudden ailment. 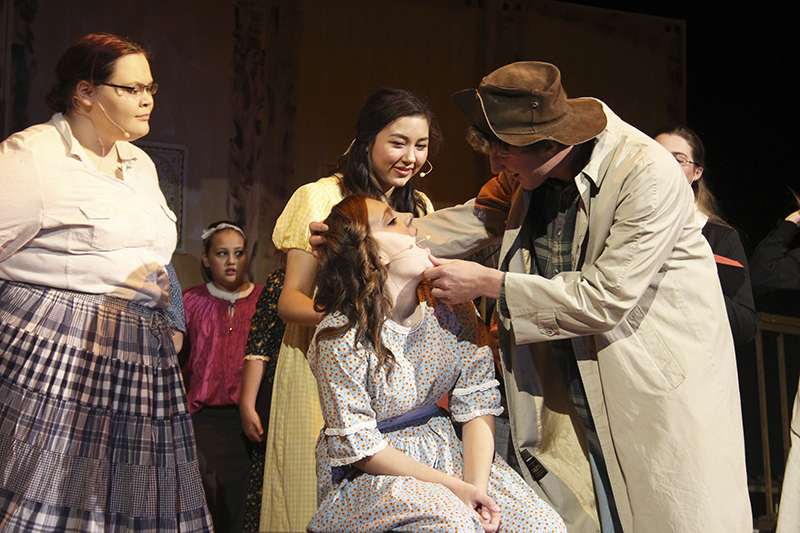 According to senior and student director Tirzah Larson, the comedy is also what provides a challenge for the actors.

“It’s a little more difficult than you think it’d be, because you have to have just the right timing and just the right amount of emotion,” Larson said, so that the humor doesn’t get lost.

However, senior Ian Olson has been enjoying the opportunity the show gives him to improvise with comedy.

“You get the basic lines, and then when you practice them enough and you feel comfortable enough, you feel like you can add something new to it,” Olson said. “It adds a whole new personality … like when every school does their own version of the play, they all have different lines and it adds something new. And that’s something for the audience to look forward to, because they don’t expect it, and that’s usually some of the best lines.”

For Olson, this improvisation includes a scene in which he gets beaten up by another character. They are looking for ways to further include the audience by sitting in the crowd or running around the audience.

According to senior Chris Martens and Theusch, the play’s cast is a notable mix of young and old.

Martens said only one of the boys in the cast is not a senior, and it will be a change for the drama department in the future to fill in with other actors. 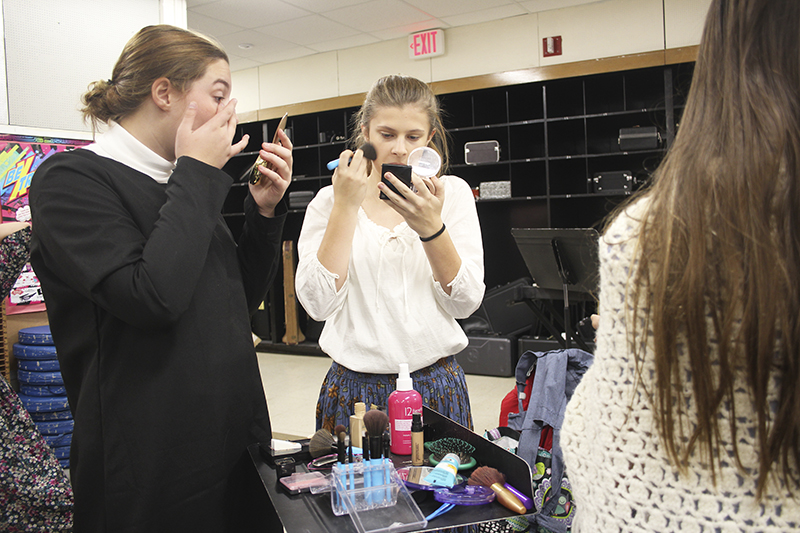 Alden-Conger actors put their costumes and makeup on for one of their final rehearsals. The play runs Friday through Sunday. – Sarah Kocher/Albert Lea Tribune

Theusch said the amalgamation of older and younger provides opportunities for both sets.

In addition to newer actors, Alden-Conger high school has also been provided with new lighting through donors and memorial donations, and some of the sound equipment has been upgraded. Some students will be miked and others will not, which means the sound crew will need to balance the onstage sound for conversations between certain characters.

But the greatest challenge, Theusch and Larson said, is getting the actors together for rehearsal.

Martens runs cross country. Not being able to make all the play rehearsals has made it tougher for him to learn his character.

“It’s kind of hard to develop your role when you are only at one practice a week,” he said.

However, Theusch said the scheduling is the price she pays for these students’ involvement.

“If it weren’t for those talented, dedicated kids, we couldn’t have plays,” she said. “And so you want those talented kids? You’ve got to work with it.”

And while, according to sophomore Annika Riebe, it’s all for the audience, Olson said it has been fun for everyone.

“Everyone seems to be enjoying doing this play, so I hope the audience feels like how much fun we’re having on stage and they know just how much we enjoy it,” she said. 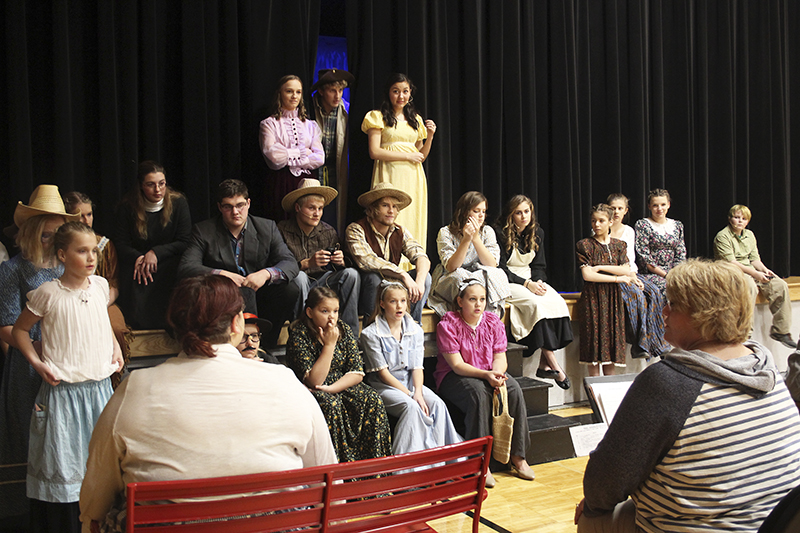