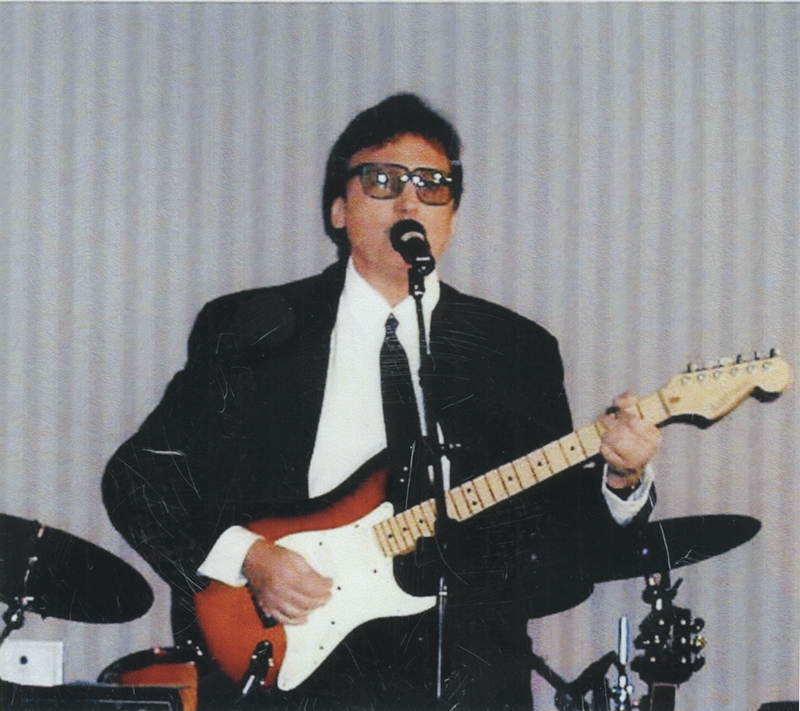 Dennis Charnecki performs as Buddy Holly during a show. He said he has been honing his vocals to emulate Holly’s sound. - Provided

According to his impersonator, Buddy Holly is the Taylor Swift of his time.

“They had to do a lot with inventing a style of music,” Holly performer Dennis Charnecki said.

Charnecki and a handful of musicians are coming back to Albert Lea Saturday to perform a tribute show to Holly.

This year, the tribute will include a narrator, who will introduce numbers and provide some historical context regarding the songs and Holly himself.

“We find that when it’s narrated, people love it,” Charnecki said. “Rather than just hear some music happening, the dates and the music are all tied together.”

Charnecki said the show will also include some more obscure songs from some of the genres people don’t necessarily think of when they think of Holly. Bluegrass, for instance. Hillbilly country for another.

“We’re going to show people what songs he was doing along with all of his big hits,” Charnecki said. “Just kind of show them the variety Buddy Holly was.”

In addition, Charnecki and his fellow musicians will demonstrate some of the techniques Holly used in the studio to show how they recorded certain sounds. And while there was some of that, Charnecki said largely, Holly’s star power was the product of talent.

“They didn’t have all the tricks back then, so they had to be good or it wouldn’t have lasted,” Charnecki said.

Neil Lang, who books outside musicians for the Albert Lea Community Theatre, said Charnecki is able to recreate this atmosphere well.

“They’ll get to relive the past and the music of the ’50s, Buddy Holly, in a way that is authentic and true to the era,” Lang said.

Charnecki has been performing tributes to Holly since about 25 years ago, when he stepped in for a tribute show at the Surf Ballroom in Clear Lake. From then on, he has played a smattering of popular 1950s-era musicians.

“The people love to watch him play,” he said. Lang estimated that Charnecki has a following of 75 to 100 people in Albert Lea from the work he has done in the area.

Now, Charnecki is working less with look-alike than he is with sound-alike. He records himself singing and plays it back, listening to his voice in different musical keys to make sure he’s in the one that sounds the most like Holly. It also helps him get the nuances. Where does Holly hold a note, and where does he cut himself short?

And then there’s the hiccupping, a vocal technique within word that pitches the voice up and back down again, not unlike the diaphragmal spasm it is named after.

“You do what you can to emulate and sound like the star that you’re portraying,” Charnecki said.

And 25 years after he has started, Charnecki said this Holly show is one of his favorites to perform.

“It’s not a job to me,” Charnecki said. “It’s a blessing. It’s hard to explain. If I had nothing to do with any of this, I’d still like to hear Buddy Holly music on the radio.”