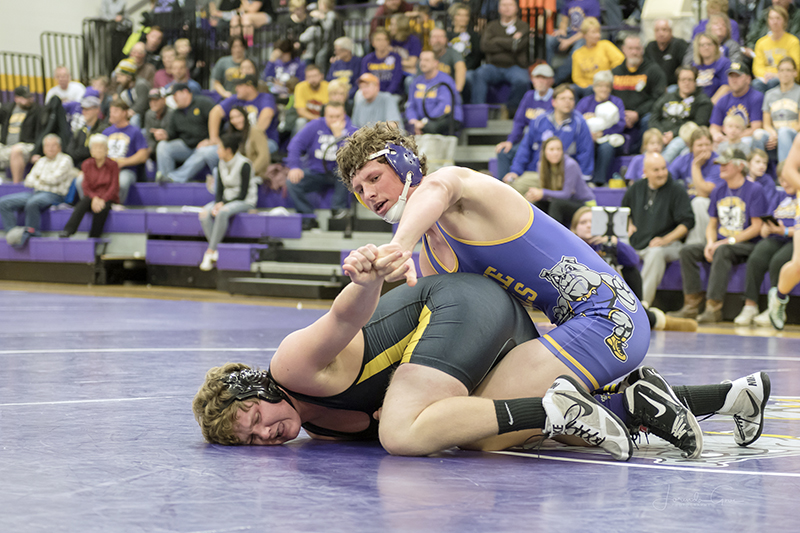 Lake Mills senior Gabe Irons rides out his opponent on Tuesday night at home. He would go on to get the victory via major decision, 16-0. - Lory Groe/For the Albert Lea Tribune

LAKE MILLS — The Lake Mills wrestling team opened its season Tuesday night when it hosted a triangular with Clear Lake and Belmond-Klemme.

The Bulldogs cruised to a victory over the shorthanded Broncos in their first dual, 75-6. The second dual against the Lions was slightly closer, but in the end, the Bulldogs pulled it out, 51-19. 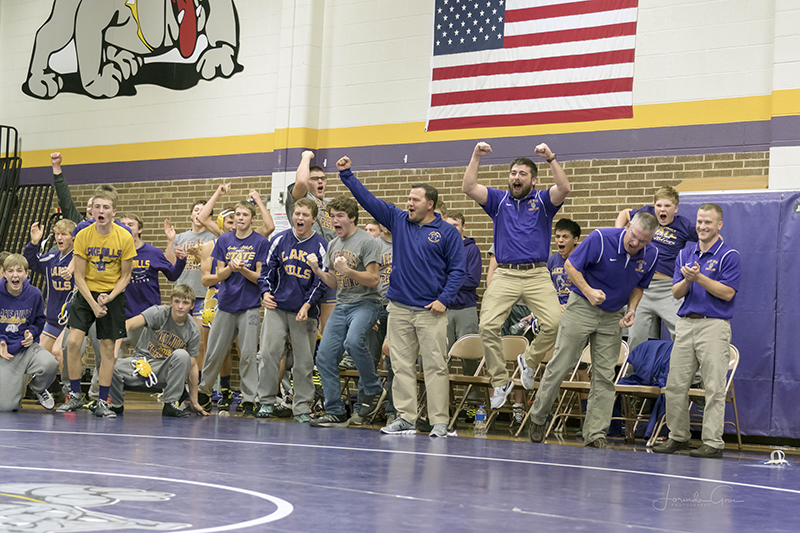 The Lake Mills bench erupts with cheers as freshman Casey Hanson gets his pinfall victory against Belmond-Klemme. – Lory Groe/For the Albert Lea Tribune

Gabe Irons was the first on the mat for the Bulldogs and he narrowly pulled out a victory, beating Tucker Kroeze by decision, 3-2. Max Johnson and Brett Tyler each recorded pins for the Bulldogs at 220 and 285, respectively.

The only win Belmond-Klemme was able to get over Lake Mills was an upset at 113, when No. 3-ranked Caiden Jones was pinned in the third period by Remington Hanson. Lake Mills would go on to record three straight pinfalls from Alex Martinson, Casey Hanson and Cole Bergo to finish their dominating defeat of Belmond-Klemme.

The second dual featuring Lake Mills put the team up against a full Clear Lake squad. The matches were going back and forth in the early portion of the dual. Clear Lake’s Spencer Christiansen was able to grab a 8-3 victory over Max Johnson, but Brett Tyler was able to get those points right back after an 8-3 decision victory over Jake Keith. 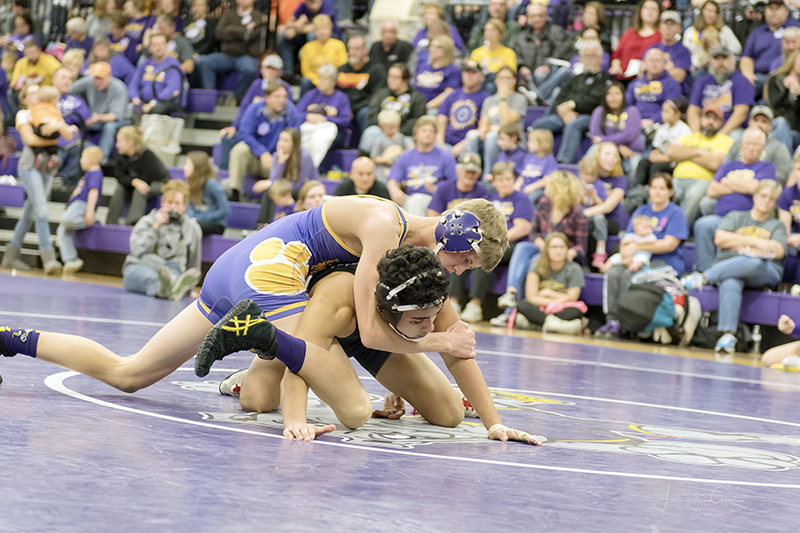 Lake Mills sophomore Tyler Helgeson maneuvers his Clear Lake opponent on Tuesday night. He would win the match by pinfall with just 30 seconds remaining in the match. – Lory Groe/For the Albert Lea Tribune

From that point on, however, it was all Bulldogs. In the final eight matches of the dual, the Bulldogs recorded four pinfalls and one major decision. The Bulldogs notched pins with Bergo, Ashten Love, Alex Albert, Tyler Helgeson and Drake Harnish. The major decision was recorded by Irons with a score of 16-0.

The Bulldogs dominated for their first two dual wins of the year and climb to 2-0. They will be back in action looking to continue their winning ways on Thursday when they travel to Central Springs High School. 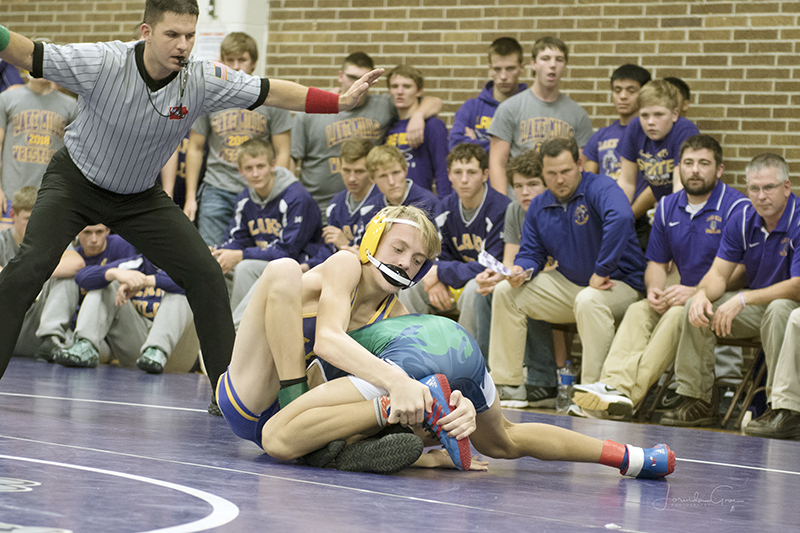 Lake Mills junior Caiden Jones gets tangled with his opponent Tuesday night. He would go 1-1 on the night with a pinfall victory over Connor Morey of Clear Lake. – Lory Groe/For the Albert Lea Tribune