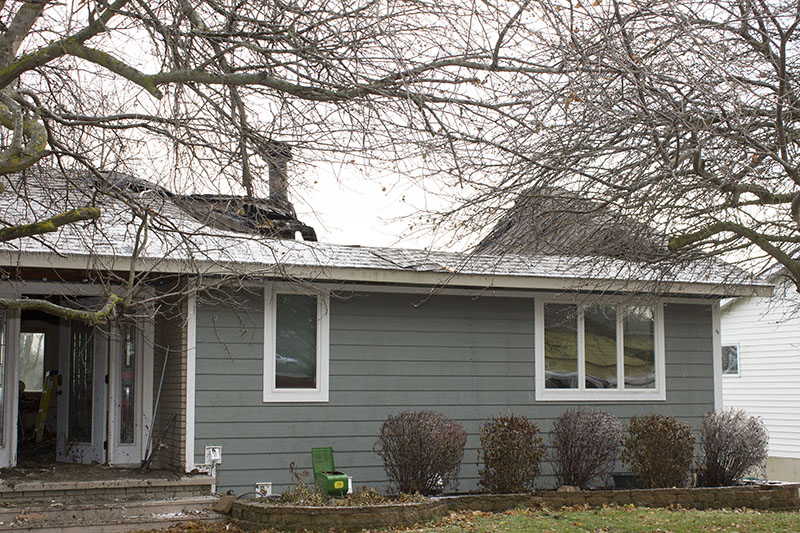 The south half of the roof at 202 N.E. Second Ave. collapsed from a house fire Sunday night. — Sam Wilmes/Albert Lea Tribune

Freeborn County Sheriff’s Office deputies were dispatched shortly after 9 p.m. to the home of Todd and Heather Earl at 202 N.E. Second Ave.

No injuries were reported in the fire.

Upon arrival, deputies reportedly observed heavy smoke from the roof and visible flames on the south half of the roof, according to the Freeborn County Sheriff’s Office.

The south half of the roof collapsed into the house, and severe smoke and water damage was sustained to the entire home.

The fire reportedly started in the chimney near the roof of the house. 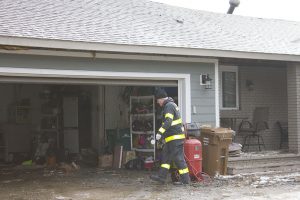 Investigators were on scene Monday, one day after a house fire severely damaged the home at 202 N.E. Second Ave. — Sam Wilmes/Albert Lea Tribune

A GoFundMe page has been set up to assist the family at gofundme.com/todd-heather-earl-house-fire.