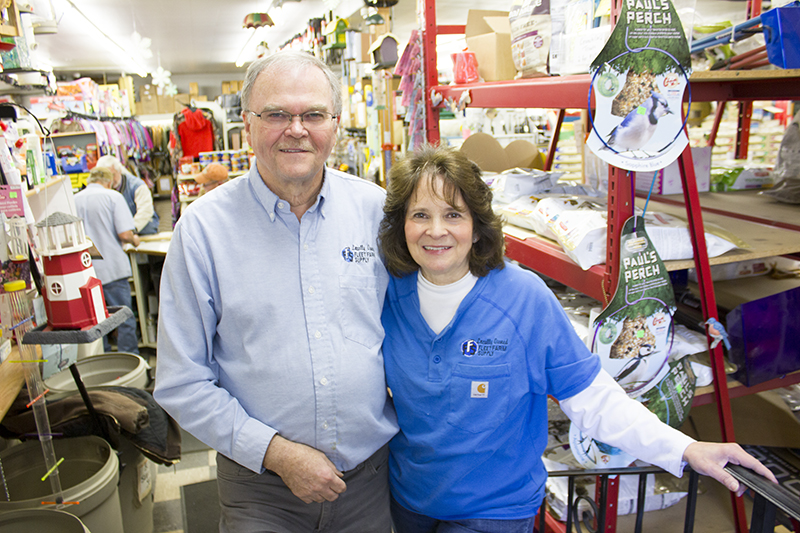 Fleet Farm Supply owners Steve and Kathy Nelson serve a large crowd on a warm November afternoon at the business.

Customers look through aisles lined with inventory marked at 20 percent off in preparation for the retirement of the store’s owners, which is expected to result in the closing of Fleet Farm Supply after more than 60 years in Albert Lea.

Steve Nelson’s parents moved to Albert Lea to open the store in 1956. Five years later, his father died and his family purchased the current building at 310 Main Court.

Since then, the store has been added onto twice.

Steve Nelson credits customers with helping his mother operate the business after his father passed away.

“And they were really good, I think, when they supported my mother. She was a woman in a man’s field with two kids to raise, and they supported us very well. So you look to them as the ones who helped grow the business.”

Steve and Kathy Nelson have tried to sell the business for 1 1/2 years but have been unsuccessful in landing a buyer for the property, which could still happen before they retire.

Steve Nelson said he decided to retire while on the island of Kauai.

The couple plans to travel and see their children more after they retire, as well as spend more time with their friends.

Kathy Nelson said customers have come from Florida, as well as one customer from Australia who has visited each summer.

“It’s good to see them come back each year,” she said.

Kathy Nelson said there have been difficult moments since they announced their plans to retire, and she anticipates further tough situations.

“People coming in here have been emotional. There’s a couple people that have cried. You try not to cry, because you are trying to run a business, and I think as it gets closer to the end, it’s going to be harder.”