Longtime CNA to retire after more than 40 years 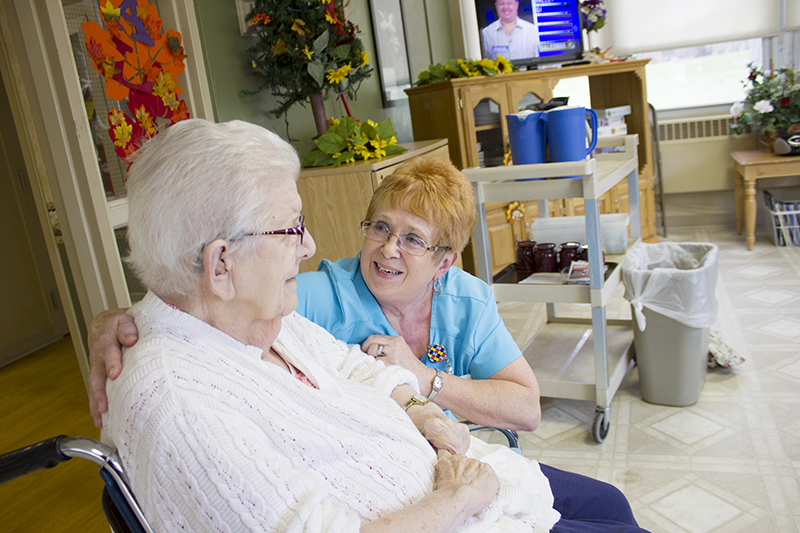 In 1976, Elaine Burkhart began her career as a certified nursing assistant at St. John’s Lutheran Community, not knowing how long she would stay in her position.

Despite initial uncertainties, Burkhart’s CNA career has lasted more than 40 years and will culminate with her retirement next month.

Burkhart, 70, began her career working night shifts at St. John’s on the second floor of the building.

“When I first started, I didn’t know if I would last two weeks,” she said.

Despite not initially knowing she wanted to spend her career as a CNA, Burkhart continued in her position, making a difference in the lives of the elderly patients she served.

“You get back so much more than you give,” she said. “It’s just so rewarding. It kept me here.”

After working the night shift for 5 1/2 years, Burkhart shifted to working days.

She was at the facility for three straight days during the 1991 ice storm that resulted in a temporary power outage, making other St. John’s employees unable to make it into work. She recalled making rounds with flashlights while the power was out.

Burkhart spent 12 years in the therapy department at St. John’s before returning as a CNA, and

was instrumental in the beginning of the raised gardening program at the facility, resulting in national coverage by Country Magazine.

The program gave a farmer who moved into the facility a sense of purpose.

“It kept him focused on something that he had always done, and he was still able to do it here, so that was really neat,” Burkhart said.

“That was very special.” 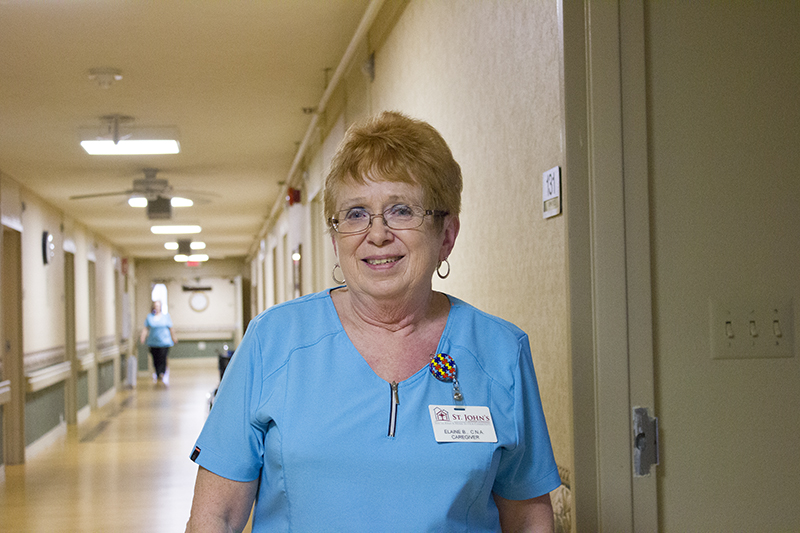 “That’s pretty extraordinary for a CNA to be able to say that she was in Country Magazine with a resident,” said St. John’s Marketing Director Diane Wichmann.

Meals were made from the produce grown on-site, and residents helped wash, cut and peel potatoes to show they had ownership of the product.

For a few years, to mark the high number of patients who either had cancer or knew someone with cancer, an event similar to Relay for Life took place at St. John’s. Bags were made at the facility and taken to Freeborn County Fairgrounds to share stories of loved ones patients knew who had cancer.

Burkhart called retiring “bittersweet” and described her co-workers and patients as extended family. She remembered residents who attended her husband’s funeral with the help of a co-worker.

“That was special that they felt that connection, too,” she said.

Burkhart recalled hearing the stories of patients during the last parts of their lives.

“I’ve learned a lot from them,” she said.

“It’s been amazing … it’s taken me to new levels in my own life experiences, and I am going to take with me a lot from this journey, special gifts they have shared with me and learning experiences.”

She remembered an elderly woman who entered the facility one December and died the following May.

“What a gift to be able to give so much during that dying process to others,” Burkhart said. “It was just amazing.”

She also remembered a man who shared stories with his dying wife at the facility about the lives they lived together.

As a CNA, Burkhart said she is empathetic to her patients.

In her position, Burkhart learned how important body language is in conversation, as well as the importance of smiling and treating all patients with respect.

Burkhart, who was diagnosed with cancer in 2001 and later went into remission, credited her co-workers for helping her through the process.

“She was able to take that concept of having residents make choices, have their pleasures of daily living, making sure that people enjoyed their daily pleasures,” Wichmann said.

“People like Elaine as caregivers make that happen for them,” Wichmann said.