Ring in the season 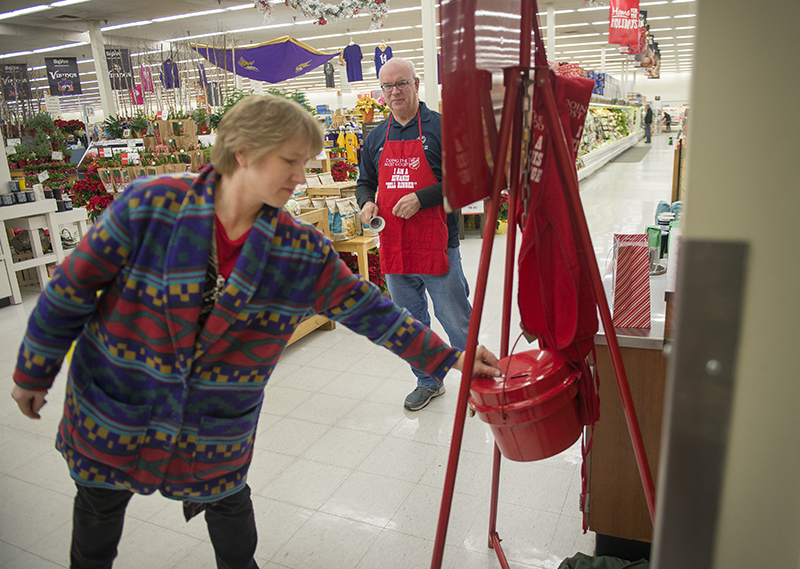 The Salvation Army hopes people seeing red will put the organization in the black this holiday season.

The Salvation Army’s red collection kettles are stationed outside several retailers around Albert Lea. The money collected is used to fund the Salvation Army’s programs, which provide a range of assistance to Freeborn County residents. These programs include a daily meal program, a food pantry, utility assistance, an after-school program, counseling and others.

Office manager Kathy Belshan said the kettles are the most recognizable part of a larger campaign that runs during the Christmas season. The majority of the funding comes in through a mail appeal the Salvation Army sends out. There are also counter kettles and donations dropped off at the office.

While they don’t bring in the most revenue of the campaign strategies, the collection kettles’ visibility makes them an important part of the campaign.

“If we don’t reach our goal during Christmas, this affects our entire year,” Pelayo said.

As of Wednesday, the red collection kettles in Albert Lea have raised just over $2,850. The Salvation Army’s overall goal for total donations during the season is $201,500.

Last year, the Salvation Army did not meet its collection goal. Pelayo said they had to deny some services to people who came in for help.

“Most of the time, we have to look to find them,” Pelayo said. 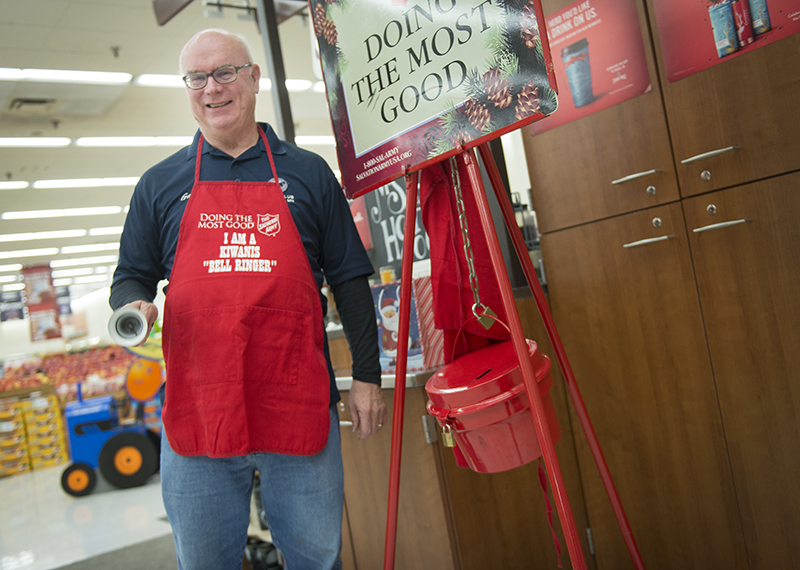 The goal is to have volunteers outside of six retailers from 10 a.m. to 8 p.m. When the two-hour slots are not filled, they go without collection kettles or Pelayo and Maj. Sandra Hunt go to man one location.

Those standing with bright copper kettles won’t need warm woolen mittens this year, either, because all of the sites but one have allowed the bell-ringers to stand indoors near the entrance.

Pelayo said many volunteers are repeats — people who come back year after year to help out. And aside from this part of the year, they are largely not connected to the Salvation Army’s church.

“I think it’s a huge percentage of people outside of the congregation,” Pelayo said. She estimated 70 percent.

To reach its goal, the Salvation Army has been working to try new things. Pelayo and Hunt are working to find businesses who will match donations made to the kettles. There is also a congregation member who is having a friendly competition with another Salvation Army member in Muscatine. They’ll each ring a bell from 8 a.m. to 8 p.m. on one day: Dec. 23, the last day the Salvation Army will collect money.

Belshan said the Salvation Army usually collects through Christmas Eve, but since they do not collect on Sundays, this year they will end Dec. 23. Belshan said many people wait until Dec.  24 to donate, and there is concern that stopping a day earlier than usual will affect that.

Pelayo said the Salvation Army is working to continue getting the word out about the organization’s need for volunteers and donations.

“So far, I think we’re doing as much as we can,” Pelayo said.

Community members are joining them in the effort. Friday is Ring Day for real estate agents, a national day that RE/MAX in Albert Lea is participating in by volunteering to ring bells.

“We just kind of thought it would be fun for a group effort … just to help out the community,” Cheryl Christenson said of the volunteers from The Children’s Center.

Both Christenson and fellow employee Stephanie Mills said it felt good to be a part of helping out.

This is something Pelayo said families who ring and who donate are passing on.

“They want to teach their children since they’re very young to help others,” Pelayo said.

Salvation Army collection kettles are at Bomgaars, MarketPlace Foods, Walmart, Northbridge Mall, Shopko and Hy-Vee. There will also be a collection kettle both nights of the New Life Christian Church drive-through live nativity. People interested in volunteering can contact Belshan at the Salvation Army office or sign up to ring on the organization’s website.