Setting an example by giving back locally 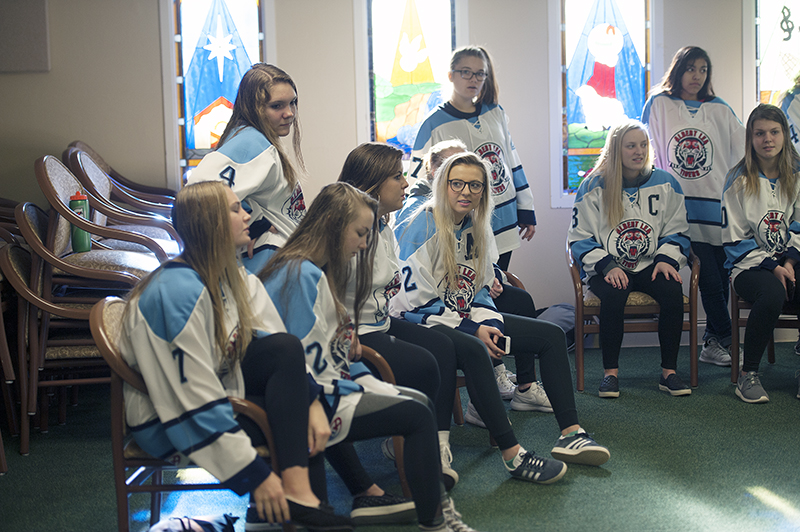 The Albert Lea varsity girls’ hockey team spent about an hour and a half volunteering at St. John’s Lutheran Community Friday afternoon. The team plans to do more volunteering and charity drives throughout the season. - Tyler Julson/Albert Lea Tribune

Players from the Albert Lea girls’ hockey team took some time out of their Thanksgiving break to do a little volunteer work Friday morning.

The entire varsity team, along with head coach Josh Funk, spent around an hour and a half talking with the residents at St. John’s Lutheran Community in Albert Lea. The girls started in the chapel, where they talked with some of the residents who were curious about the team and the sport of hockey. Players took turns answering some residents’ questions, asking some questions of their own and even answered a few trivia questions that were posed to them.

After chatting in the chapel, the players walked the hallways taking some individuals back to their rooms and bringing some to the cafeteria. In the cafeteria, the players were able to sit down and have some one-on-one conversations with the seniors as they enjoyed their lunch.

Funk talked about why he incorporates community service into his coaching philosophy. 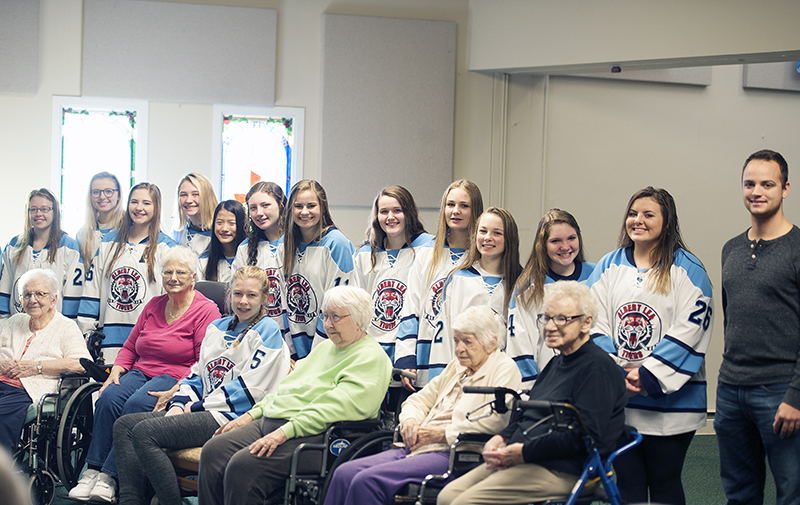 The girls sat with many seniors in the chapel and answered questions before heading to the cafeteria to talk with residents as they ate lunch. – Tyler Julson/Albert Lea Tribune

Among getting out and helping people with snow removal and yard work, he wants to hold toy donation games and a teddy bear toss night. During the teddy bear toss night fans would be encouraged to bring along a new teddy bear and after Albert Lea’s first goal they would be tossed onto the ice. The bears would then be collected and donated back to less fortunate children within the community. Nothing has been set on the schedule yet, but the team hopes to do more in the near future.