Area chiropractors recommend gearing up, taking it slow when shoveling 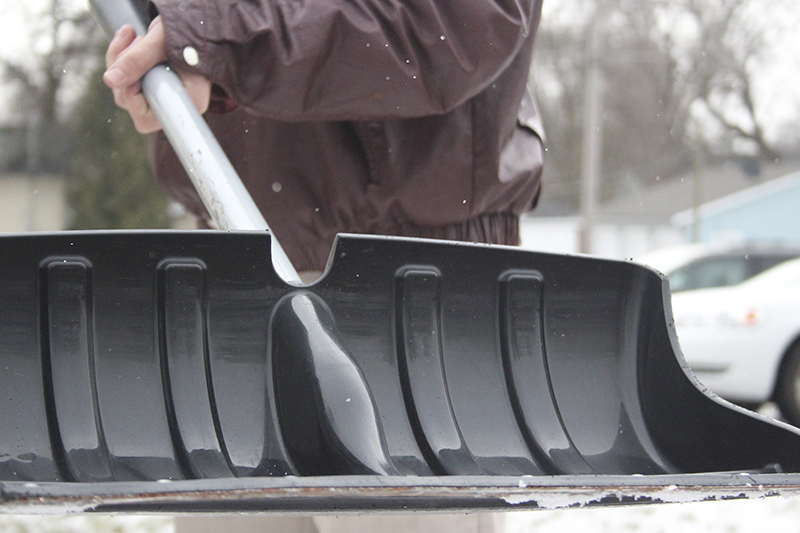 Chiropractor John Petersen said to break shoveling up over time, if possible. He said to stand upright and stretch your back frequently. - Sarah Kocher/Albert Lea Tribune

With every new snowfall, a few cases of winter weather-related injuries show up in the waiting room, an Albert Lea chiropractor said.

“You’re not always thinking to be prepared when you’re going out,” chiropractor Ann Sahr said. Sahr is a chiropractor with Albert Lea Chiropractic.

Sahr and Peterson Chirporactic chiropractor John Peterson said there are different ways in which people’s bodies may need attention this season.

When it comes to snow-shoveling, back issues tend to come because people are in a hurry, both Peterson and Sahr said.

Sahr said the key to preventing this is to plan ahead as much as possible. Check the weather forecast, and with an incoming snowfall, budget in time to shovel.

Additionally, consider spacing out shoveling rather than finishing it in one go, Peterson said. If this isn’t possible, he recommended switching your shoveling shoulder a few times.

“Listen to your body if you’re getting sort of worn out,” he said.

Some of the time taken to shovel should be used to reposition yourself as you toss snow away. By squaring up and then moving your feet to dispose of snow, Peterson said you can minimize back problems.

“The biggest problem is not just bending,” Peterson said. “It’s bending and twisting.”

Sahr recommended not lifting at all.

“Those muscles aren’t always the most conditioned in our bodies,” she said.

Ideally, shovelers should push snow directly into a snowbank or to the side so no lifting is necessary, Sahr said. For this type of shoveling, she said a shovel with a straight handle works best.

But for lifting, it might make sense to have two shovels, Sahr said.

Both Peterson and Sahr said people who need to lift their snow should use an ergonomic shovel, which Sahr said has a bend in the handle. She also said shovelers should bend their knees to lift and toss snow away.

Sahr recommended long coats and scarves to keep back and neck muscles warm when shoveling. Cold muscles are easier to injure, she said. 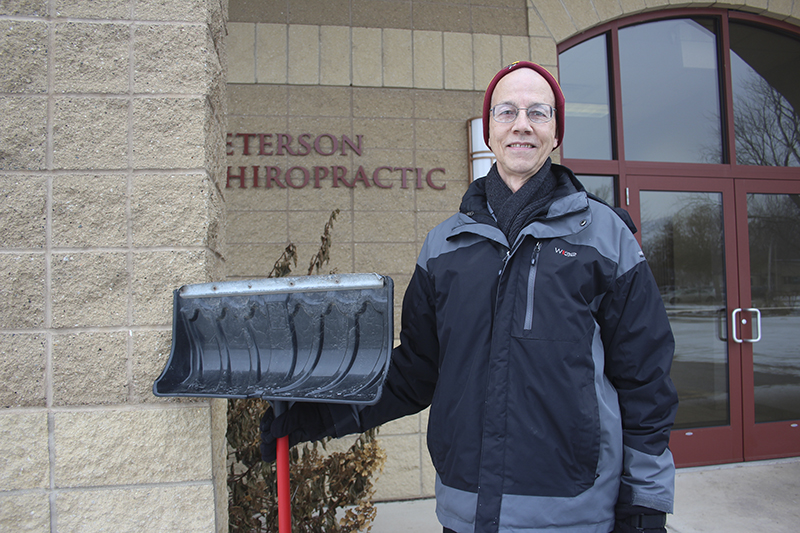 These are injuries related to activity. However, Peterson said with his patients, he sees about half of them come in with wintertime issues related to inactivity.

“Naturally, we get less active during the winter,” he said.

However, movement is what keeps muscles primed for activities like shoveling. According to Peterson, any fitness activity is helpful for your back.

To increase movement, Sahr recommended finding a winter activity that you enjoy to get you going.

Additionally, there are steps people can take to avoid missing one during their time outside. Both Peterson and Sahr said weather-appropriate clothing can make a difference in how well muscles are cared for and slips are avoided.

Peterson uses chicken grit or gravel on his driveway rather than ice melt. Ice melt will thaw and refreeze, he said, but chicken gravel adds traction to the ice to cut down its slip factor. He also said people should be sure to wear shoes with good traction to avoid injuries from falling.

“Most injuries start with the story, ‘I knew better, but,’” Peterson said. “Just take that extra step and be a bit more cautions about that.”

To avoid injuries from shoveling:

Peterson recommended standing up frequently while shoveling and arching your back.

Sahr recommended circling your arms, touching your toes or marching in place to get your blood moving before you begin an activity like shoveling. Additionally, she said you can stretch your lower back by lying down on your back and pulling your knees toward your stomach.

If you do have a sore spot, Peterson recommended alternating between heat and cool on the site.