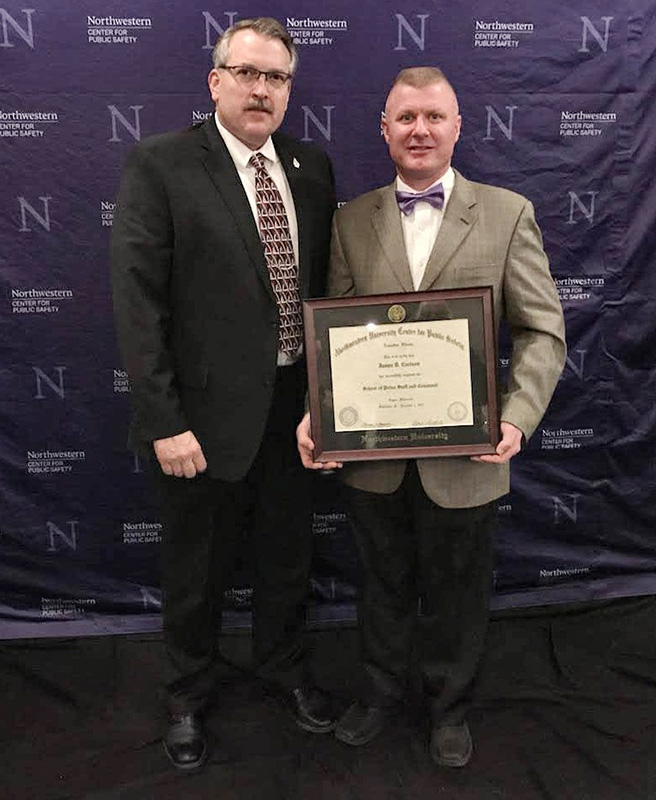 The Albert Lea Police Department announced this week the recent graduation of Albert Lea Deputy Director of Police J.D. Carlson from the School of Police Staff and Command at Northwestern University.

Carlson successfully completed the 10-week staff and command program in Eagan from Sept. 18 through Dec. 1, according to a press release.

The program, which was implemented by the Center for Public Safety in 1983, has graduated more than 18,000 students nationally and internationally. Carlson’s class had 30 students.

Each student is academically challenged through written examinations, projects, presentations and quizzes, in addition to a staff study paper, that are required parts of the curriculum. Upon successful completion, students may be awarded six units of undergraduate credit from Northwestern University in Evanston, Illinois.

The Center for Public Safety was established at Northwestern University in 1936, with the specific goal of expanding university-based education and training for the law enforcement community. Since its inception, the center has broadened its original objective and now provides a variety of courses and programs in police training, management training and executive development.

According ot the release, the Albert Lea Police Department anticipates a variety of benefits from Carlson’s attendance at the program. Many of the program’s graduates go on to achieve a variety of leadership positions within their respective agencies.