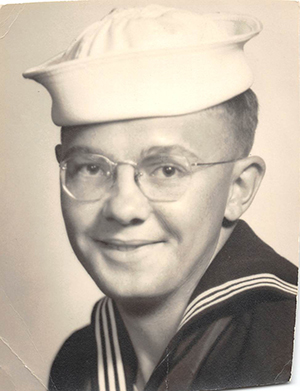 He was born April 1, 1933, in Northwood to Edward W. and Ruth (Johnson) Walk. Gary was baptized in Northwood and confirmed at the First Lutheran Church in Albert Lea. As a child he lived in Silver Lake, Iowa, and then Albert Lea.

He attended country school in Silver Lake and then moved to Albert Lea, where they farmed Obie Anderson’s farm — which is now the site of Southwest Middle School. Gary attended Ramsey Elementary and Albert Lea High School. He worked for Kensota Farms and Bob Phillips as farm help. For a short time, he worked at Olson Motors before starting at Wilson & Co. in 1951.

On Sept. 15, 1963, he was united in marriage to Gloria Mae Schroader at the chapel at First Lutheran Church in Albert Lea. To that union two children were born, Michael Duane Walk and Steven Scott Walk. They made their home in Albert Lea since 1964.

Gary was a member of First Lutheran Church, where he ushered for many years. He loved horses and watching old Western movies. He was an accomplished artist, enjoyed antique thrashing shows, hunting, dancing, old time music, having coffee with friends and family and talking about his grandkids and great-granddaughter.

Gary was preceded in death by his wife of 51 years, Gloria, in 2015; parents Edward and Ruth; father- and mother-in-law Roy and Ida Schroader; sisters Joy (Eslie) Bergstrom and Betty Guenther; brothers Ronald (Sheila) Walk, Larry Walk, David Walk and Bruce Walk, in infancy; and many aunts, uncles, nieces and nephews.