Last month, horrifying instances of abuse and neglect at senior care facilities across Minnesota came to light in a Star Tribune special report.

Among the many disturbing details, the report told a heartbreaking story of elderly Minnesotans subjected to neglect, robbery and physical, sexual, and emotional assault at the hands of care providers. It also told of a state agency failing its job of oversight and accountability, and families who are left waiting for answers.

The Star Tribune’s report also highlighted significant shortcomings at the Minnesota Department of Health’s Office of Health Facilities Complaints, the state agency tasked with investigating wrongdoing at senior care facilities and assisting families when something happens to a loved one. 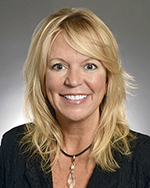 Reports at the OHFC are being lost, thousands of complaints are going uninvestigated and many months pass before a loved one ever gets information on the status of their supposed investigation. This is echoed by one former agency employee who has gone public with her particularly troubling tale of a toxic work environment at the OHFC, including harassment and retaliation.

Governor Dayton’s reaction to the failure of his own state agency was to announce a task force — but, as far as I know, the task force has not met, nor does it contain any policymakers or care providers.

Weeks later, and as the stories continue to pile up, there has been little action. The silence is deafening.

As chairwoman of the Minnesota Senate’s Aging and Long-Term Care Policy Committee, it has become my highest legislative priority to fiercely advocate for our elderly and vulnerable populations.

For months, the committee and I have been repeating calls for increased transparency, more oversight and sweeping changes at the Office of Health Facilities Complaints. I have requested prompt answers on the allegations, the Department of Health’s culture and a pathway forward, but have been met with resistance and stall tactics on every front.

And so, absent any answers or meaningful change, my cordial refrains turn to demands.

I demand accountability, transparency and immediate attention from Gov. Dayton’s state agencies. I need to hear from the Department of Health on what specific resources or legislative changes are needed to ensure an end to the abuse in our senior care facilities, how to change the toxic culture and mismanagement within the Office of Health Facilities Complaints, and ways to provide accountability to those who have fallen victim to our state’s shortcomings.

The culture needs to change — and that change needs to come now. Our state’s seniors, and their loved ones, won’t put up with a brushoff.

Sen. Karin Housley of St. Mary’s Point is in her second term representing District 39, which includes Stillwater, Forest Lake, Lake Elmo and other communities in Chisago and Washington counties. She serves as chairwoman of the Aging and Long-Term Care Policy Committee.