A memorial service for Michael R. Aldrich will be at 3 p.m. Dec. 23 at the Bonnerup Funeral Service chapel in Albert Lea. The Rev. Shawn Stafford will officiate. Visitation will take place one hour prior to the service.

Michael passed away peacefully after a two-year battle with cancer on Friday, Dec. 15, 2017, at Homestead Hospice House in Owatonna. He was 61. 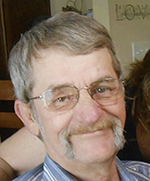 Michael Ray Aldrich was born March 11, 1956, to Keith and Jean (Main) Aldrich in Long Prairie. He attended and graduated from Freeborn High School in 1974. He continued to be a resident of southern Minnesota his whole life.

Mike was blessed with two children, Michelle and David.

Mike drove truck for a living. He drove for Matson Truck, Pro Trucking, Norseman Trucking and most recently, Valley Trucking. Besides work, Mike enjoyed many things. He was a volunteer fireman in Freeborn for 12 years.

In his free time, he liked to go snowmobiling and liked to drive around Hartland on his golf cart, where he would often find the neighborhood campfires where he enjoyed spending time with friends and neighbors.

Mike is preceded in death by his brothers-in-law Rodney Arnold and Harlan Christensen; and both sets of grandparents.

In lieu of flowers, memorials are preferred to the Patient Fund at Homestead Hospice House, 2350 NW 26th St., Owatonna, MN 55060.