Musicians to bring a kickoff to Christmas 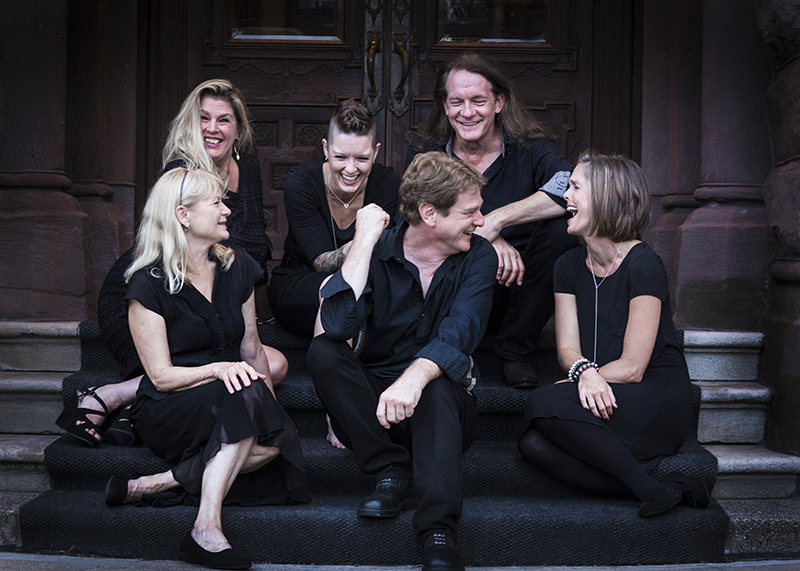 Simple Gifts brings a Celtic flavor to Christmas and at one point plans to share the stage with the Albert Lea High School choir for a number together Sunday evening. Provided

Although Sunday night’s Simple Gifts performance is expected to bring in quite a few Albert Lea residents, there is one person who will not be in attendance: Santa Claus.

“It’s really traditional in the sense that it’s not Frosty and Rudolph and ‘Ha ha ha, ho ho ho,” the group’s guitarist, Billy McLaughlin, said. “You know, it’s a more … authentic Christmas music, and there don’t seem to be a lot of groups that can get people to come out for that.”

Simple Gifts is a six-person group of musicians, featuring vocals, violin, flute, percussion, melodica, bagpipes and guitar. The group will bring its own set and lighting for the performance at Southwest Middle School.

But for the third year, the six-person group will have help from a few more voices. The Albert Lea High School choir will join the performance for two songs: one of their own, and one with the group.

“We just love Diane (Heaney) and the kids,” McLaughlin said. “That group has gotten better and better every year that we work with them. It’s just so impressive. We know that there’s a place for the arts in southern Minnesota, and we want to support it with what we do.”

It transforms the event from a concert to a collaboration, McLaughlin said.

“It is really special for us,” McLaughlin said. “You know, it’s one thing for a group to just come into town and then just leave right away, and they’re not really collaborating with the people who live there,” McLaughlin said. “The choir opportunity for us really makes us feel like we’re making a connection with the community or the kids.”

The crowd, he said, gets a little bigger every year. According to both McLaughlin and Lighthouse Theatre and Event Center promotions and business manager Celeste Krause, who is bringing the group in for its 10th year, the group’s draw has a lot to do with how the music is done.

“We have paid a lot of attention to how we arrange the music,” McLaughlin said. “So people hear a song that they’ve heard a thousand times before but it feels like the first time. … And that’s at the core of the group, is that we’re playing arrangements and featuring different instruments and singers in a way that people just — they aren’t even ready for it. They’re just really surprised that the music that they grew up with as kids around the holidays came back to life.”

Krause said the twists McLaughlin puts on older tunes are contemporary, but natural. The music has a Celtic flavor, and the visual provided by the set creates a total experience, she said.

Although the group has been coming to Albert Lea for a decade now, McLaughlin and Krause said attendees can expect some changes. The music, for one: Billy McLaughlin releases Christmas music every year, Krause said, and shuffles his repertoire around.

Additionally, one member of the group, Heather Moen, was not part of the performance last year because she was on bedrest during a pregnancy. This year, she’s back with her violin and a nod to the Norwegian heritage of the region.

“A lot of people were really missing her last year,” McLaughlin said. “… and by popular demand, she’ll be singing in Norwegian on at least two songs this year.”

It’s a move McLaughlin said is important, because it allows people who grew up hearing Norwegian in their homes know that their roots and traditions are still alive.

Krause said many people in the community use the show as a kickoff to Christmas.

“Music is kind of like time travel,” Krause said. “It takes you to that spot.”

And, to McLaughlin, it carries on a holiday tradition: that of gathering.

“You can take all the Black Friday and Cyber Monday and throw it away,” McLaughlin said. “To me, the holidays are about my friends and my family and we always, you know, encourage people to wish somebody you never saw before a Merry Christmas, and just see how it feels. It feels good.”

How much: $25 in advance ($15 for students) available at HyVee, Coffee House on Main, Marshall Street Music, Stadheim and the CVB or online at lighthouseeventcen.wix.com/lighthouse; $30 at the door