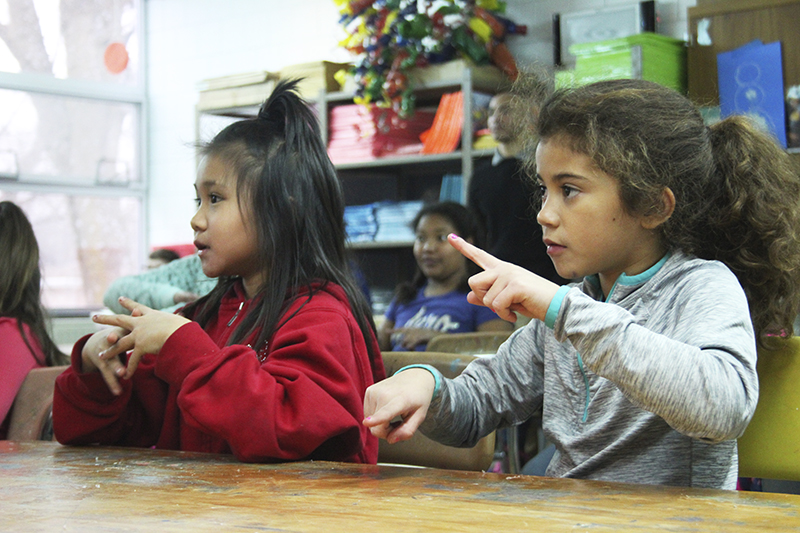 To make Lee Lopez’s favorite sign, he asks his thumb to cover his pinky nail. The remaining three fingers stick straight up in the air, like a peacock’s saluting tail. To many people, this would look like the number three. The students in Halverson Elementary School’s language club know it can mean something different: It’s a six.

Lopez is part of a group of 40 children learning American Sign Language and Spanish as part of Halverson’s language club, which began at the start of November. The club meets Mondays and Wednesdays after school and is part of a wider school club program that the principal has opened up to the staff.

“We enjoyed learning it, and we thought, ‘Oh, the kids are going to love it,’” Johanna Reyes said.

Language club member Bree Weilagh said she attended the Spanish club and loved it. So, this year, she came back for more.

“My mom used to teach me sign language when I was younger, and sometimes we’d just have days when we were just, like, speaking in sign language, but I completely forgot most of the words,” she said.

Student Ta Kwa is also part of the club.

“I wanted to learn new words,” he said. 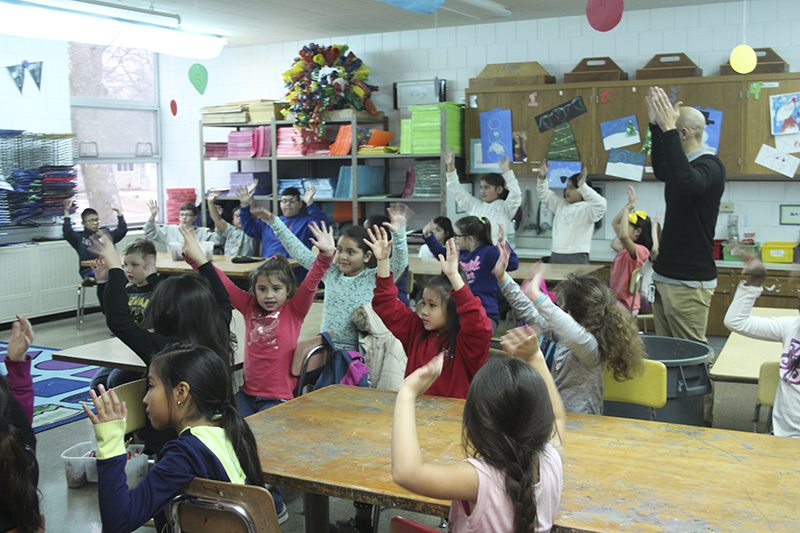 Neither Johanna Reyes nor Ariel Reyes had experience with American Sign Language, but both had had some exposure to it through fellow students or friends who are fluent. They are learning to teach.

“I think learning for us has been thanks to the wonders of YouTube,” Ariel Reyes said.

So far, the class has learned colors, numbers and the ABCs. Johanna Reyes stopped counting the flashcards after 83 words — they’ve learned more. After the winter break, Johanna Reyes and Ariel Reyes plan to integrate Spanish.

Johanna Reyes used the word “please” as an example. Now that the students have learned “please” in American Sign Language, they can introduce the Spanish “por favor.” It’s using a language the students are already learning to teach another language.

Lopez said the students also have bins of activities they get to pick out and do. One includes a word list that the students work through, trying to sign their way down the list.

The club members are set up around tables to work together.

“They always work as a team,” Johanna Reyes said. “They don’t move on without everyone knowing.”

She said the teamwork is why she thinks the students are learning quickly.

The pair plans to stick to American Sign Language and Spanish for the duration of the club this year. Right now, the students are working on learning the lyrics to “Imagine” by John Lennon, which they will sign at the end of April in front of their fellow clubs.

“Seeing them sometimes in class when we’re practicing the song, I have to hold onto my tears,” Johanna Reyes said. “Seeing them signing it and singing it at the same time, I’m like, ‘Oh my gosh.’”

Ariel Reyes said the class is learning more than language when they meet.

“There’s a lot of other skills it seems like they’re learning with the teamwork and helping each other,” he said. “Also, the fact that they’re learning this — ASL is not just the language. It’s the culture part, too.”

He said he hopes that students will carry that cultural interest back into their lives with classmates.

“We see how they are all getting along, not seeing that race barrier and, I don’t know, just learning from each other,” Johanna Reyes said.

“Starting even something as small as language can mean a big deal,” Ariel Reyes said. “Not just learning the language itself, but the idea of, like, working with others and people that are different from me, or sound different from me, to the point where they hopefully don’t see the difference.” 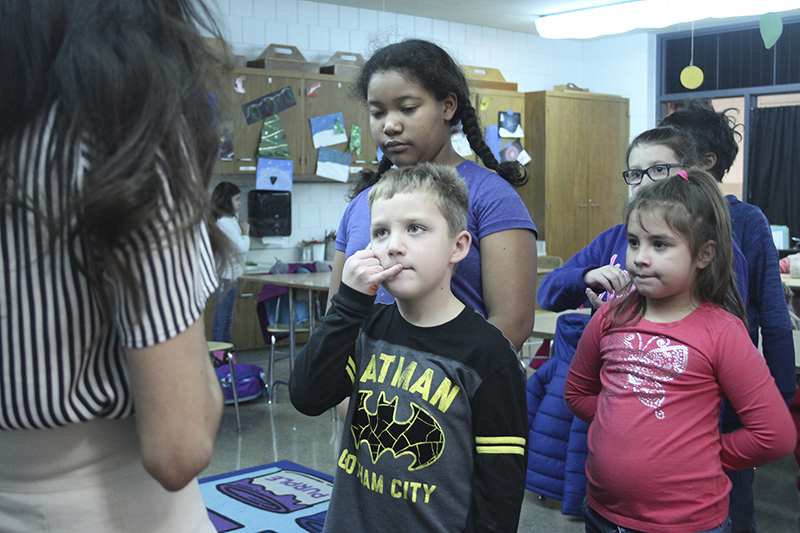 Members of the language club sign for their snack. On Wednesday’s menu? Among other things, juice. – Sarah Kocher/Albert Lea Tribune