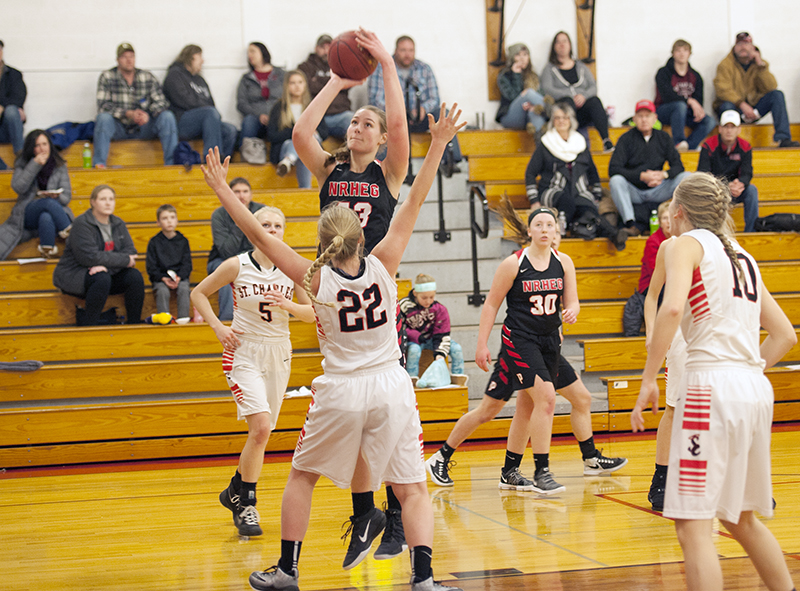 NRHEG senior Betsy Schoenrock goes up for one of her many baskets Friday night. She led all scorers with 40 points. - Tyler Julson/Albert Lea Tribune

The Panthers used the stellar play of senior Betsy Schoenrock to cruise to a big victory over the Saints, 71-55.

The first half saw nearly everything go the Panthers’ way. Schoenrock was especially a powerhouse, pulling down multiple rebounds, blocking many shots and scoring 22 points in the first half alone.

The Saints were able to stay close with the Panthers for most of the half. They used smart shot selection and were able to score many of their points outside the key. 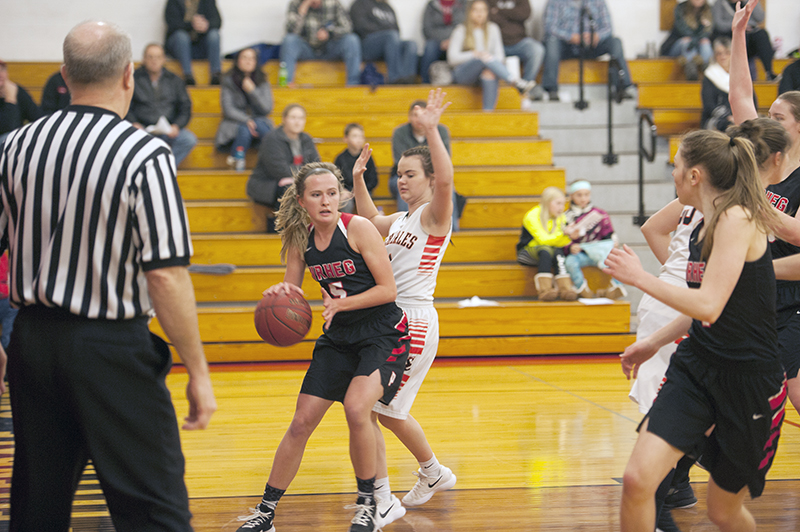 Schoenrock led all scorers through the first half with 22 points, junior Olivia Christopherson had four, and eighth-grader Sophie Stork and junior Alexis Anderson each had two.

Overall, the Panthers outscored the Saints 41-32 in the second half. Schoenrock led the team in points with 40, and Christopherson came in second with 14.

The Panthers move to 7-2 on the season and will play again Thursday when they host the Waterville-Elysian-Morristown Buccaneers.