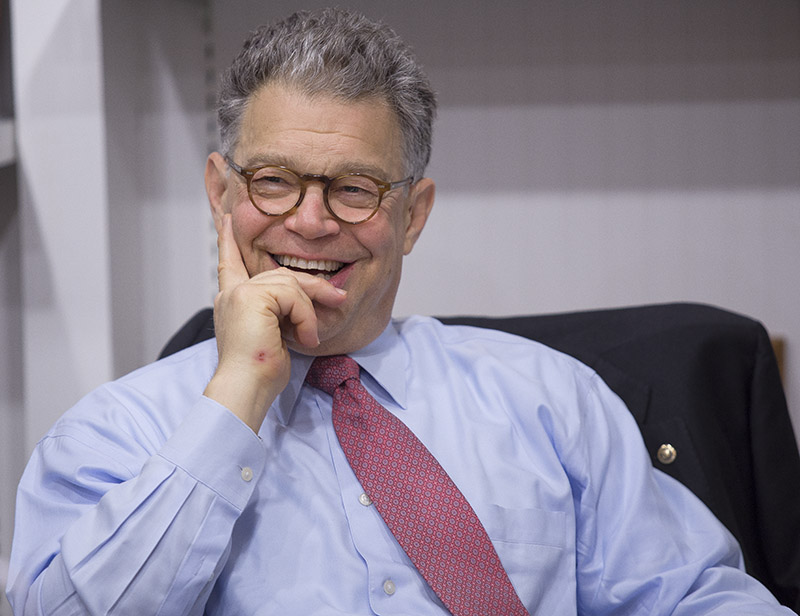 MINNEAPOLIS — Two of Minnesota’s most famous people, Al Franken and Garrison Keillor, saw their legacies derailed as sexual misconduct scandals swept the political and entertainment worlds. A Minneapolis police officer made international headlines when he killed an unarmed Australian woman, while a jury acquitted a suburban Minneapolis officer in the fatal shooting of a black motorist whose dying moments were streamed around the world on Facebook.

Here’s a look at some of Minnesota’s top stories in 2017:

U.S. Sen. Al Franken, the former “Saturday Night Live” comedian, was a rising political star. That changed abruptly in November when Leeann Tweeden, now a Los Angeles radio anchor, accused him of forcibly kissing her during a 2006 USO tour in Afghanistan. A photo of him with his hands at her breasts as she napped aboard a military plane circulated widely. The allegations kept coming, and his support from fellow Democrats evaporated.

Franken’s resignation from the Senate, scheduled to take effect Jan. 2, touched off a couple succession dramas. Gov. Mark Dayton named Lt. Gov. Tina Smith to assume Franken’s seat through the November election, giving her a strong running start for the Democratic nomination. Former Gov. Tim Pawlenty is the best-known among several Republicans considering a bid in what’s certain to be among the most closely watched and expensive races of 2018.

Smith’s elevation also set up a struggle in the Minnesota Senate. The state constitution says the Senate president shall become lieutenant governor if the post becomes vacant. That’s Sen. Michelle Fischbach, a Republican who opposes much of Dayton’s agenda. And that sets up a potential legal battle. Fischbach, backed by the nonpartisan Senate counsel, believes she can hold both jobs. Dayton, backed by Democratic Attorney General Lori Swanson, doesn’t think so.

Garrison Keillor’s “A Prairie Home Companion” helped define Minnesota for the rest of the world. Minnesota Public Radio fired him in November after a person who formerly worked for him made allegations of inappropriate behavior. While Keillor retired from the show in 2016, MPR pulled the plug on further rebroadcasts of Keillor episodes, halted distribution of “The Writers Almanac” and severed their other contractual ties.

Keillor’s story, as told to the Star Tribune, is that he touched a woman’s bare back as he tried to console her, and that he apologized when she recoiled. MPR has not disclosed what it thinks happened but says it involved “multiple allegations” over an extended time.

In the aftermath, “A Prairie Home Companion,” hosted by mandolinist Chris Thile since Keillor’s retirement, got a new name, “Live from Here.”

Justine Ruszczyk Damond, an Australian engaged to a Minneapolis man, called 911 in July to report a possible sexual assault behind her home in an upper-middle-class neighborhood. Responding officer Matthew Harrity reported being startled by a loud noise near his squad car. Damond, who may have rapped on the car, approached on the driver’s side. His partner, Mohamed Noor, reached across Harrity from the passenger seat and fired. Damond died at the scene.

The fallout led to the resignation of Police Chief Janee Harteau and likely contributed to the defeat of Mayor Betsy Hodges in November. Hennepin County Attorney Mike Freeman had yet to decide by mid-December whether to file criminal charges against Noor. In an unguarded moment, he told activists he didn’t have enough evidence because investigators hadn’t done their jobs.

The acquittal of Jeronimo Yanez in June in the shooting death of Philando Castile showed just how difficult it can be to convict police officers. The evidence included squad car video of the St. Anthony police officer firing seven shots into the St. Paul school worker’s car during a traffic stop in 2016. But the wide view didn’t show what happened inside the car during seven crucial seconds, starting when Castile politely informed the officer that he had a gun.

The GOP-controlled Minnesota Legislature had to go into overtime in May to complete a $46 billion budget. But Democratic Gov. Mark Dayton zeroed out finding for the Legislature itself, a gambit meant to force lawmakers to cancel costly tax breaks and some other measures Dayton didn’t like.

Republican legislators sued him instead, calling his move an unconstitutional violation of the separation of powers. The countermove didn’t work. The Minnesota Supreme Court upheld Dayton’s line-item veto in November.

Allegations of sexual harassment led Democratic Sen. Dan Schoen, of St. Paul Park, and Republican Rep. Tony Cornish, of Vernon Center, to announce their resignations in November. Cornish was accused of making unwanted advances on several women, including a lobbyist. Schoen was accused of misconduct ranging from groping to unwanted advances against women including state Rep. Erin Maye Quade, a former legislative candidate and a Senate staffer.

Enbridge Energy’s proposal to replace its 1960s-era Line 3 crude oil pipeline across northern Minnesota ran into trouble in 2017 as protests against pipelines grew across the region. The state Commerce Department surprised both sides in September when it said Calgary-based Enbridge had failed to establish that the state needs the project and even said Minnesota would be better off if the company simply shuts down the existing pipeline.

The proposal suffered another setback in December when the Public Utilities Commission declared the environmental impact statement to be inadequate, and sent it back to Commerce for more work. The PUC is expected to make the final decision in April.

The proposed PolyMet copper-nickel mine near Hoyt Lakes in northeastern Minnesota passed several milestones in 2017 toward getting the permits it needs to become the state’s first copper-nickel operation. Gov. Mark Dayton switched in October from being undecided to supporting it. In December, PolyMet offered the state a $544 million package of financial assurances in December to cover shutdown and cleanup costs if the company goes bankrupt.

But the proposed Twin Metals copper-nickel mine near Ely is still struggling from some serious blows suffered in the final weeks of the Obama administration. Unlike PolyMet, the Twin Metals site sits upstream from the Boundary Waters Canoe Area Wilderness. Efforts by Twin Metals supporters to persuade Congress and the Trump administration to reverse course got some traction in the House but it’s unclear if they will in the Senate. Twin Metals is also pressing a court challenge.

The Minnesota judge overseeing the estate of the late music superstar Prince officially declared in May that Prince left no will when he died in 2016 of an accidental painkiller overdose. 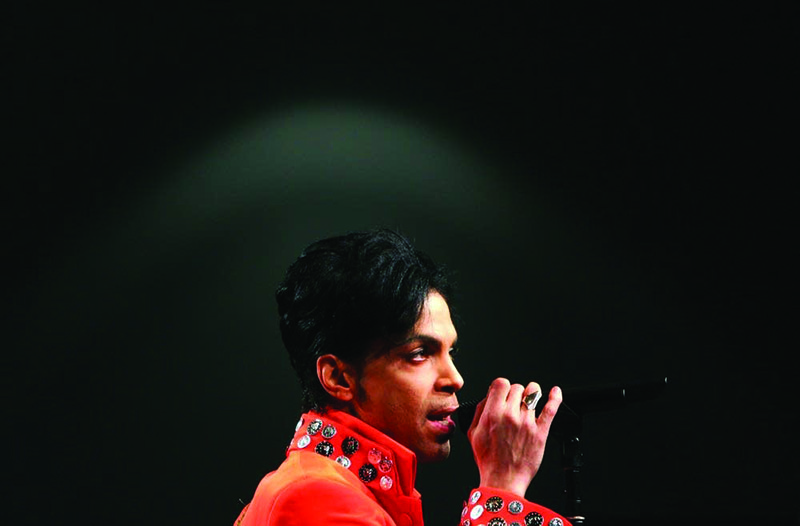 But his six siblings have yet to collect their shares of his estate, which court filings have suggested is worth around $200 million. That will depend on a final reckoning with the taxman, who stands to take about half of it. The heirs spent much of 2017 fighting over management of the estate. Three were outraged when they learned that the estate’s crown jewels, the recordings in Prince’s vault at Paisley Park, were moved to Los Angeles in September.

Minnesota marked the anniversary of Prince’s death in April with special events at Paisley Park and First Avenue, where Prince filmed key scenes of “Purple Rain.” Several downtown landmarks were lit up in purple.